Guest spot: The marketing of NFV is an industrial embarrassment 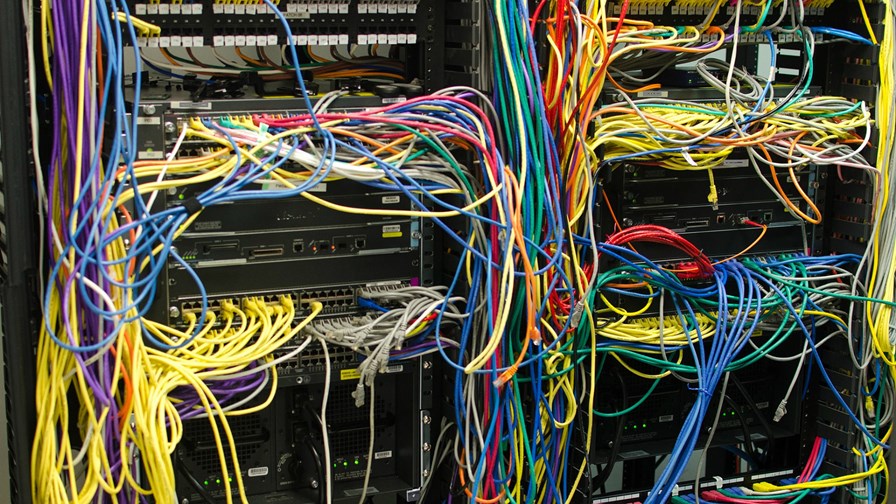 There are a few words I hear in telecom vendor marketing that make me cringe.

● Agility: "Don’t worry about SDN/NFV driving up your costs, you can make money with agility." This ignores the fact that technology does not deliver agility without people and processes also changing.

● Transformation: That’s a concept  TMForum have been peddling  for more than a decade. Standards don’t transform businesses; they just solidify existing systems to keep the standards creators in jobs.

● Digital: Digital was cool in the ‘70s with digital watches, but that was 40 years ago. What people are really talking about is ‘online’, Netflix is online video distribution, Google is online search. It’s about being connected to the internet, so just drop the digital services term, they are just ‘services’ within the context of the discussion.

● Smart connected devices: ‘Smart’ means nothing. ‘Connected’ is redundant as the devices being referred to are computers with a variety of form factors. I could go on, but let’s get back to the focus of this article - the industrial embarrassment that is NFV marketing, which combines the above terms with the usual insular telecom view of the world.

Virtualisation is proven; so let’s start there. It’s already $20 billion market in 2014. Of course, the telecoms industry thinks it’s special with respect to its requirements. It’s not. Telecom is not the most reliable, it doesn’t deal with the largest data set, or provide the most secure environment. It doesn’t require the lowest latency, etc. Financial services, military, government, healthcare all have more stringent requirements. According to Mind Commerce, the NFV Market is $203 million in 2014, growing to $1.3 billion in 2019.

Let’s focus on a large established market that is delivering cost savings with virtualisation - the enterprise. We hear the term ‘True NFV’, the implication being that the benefits of virtualisation in telecom can only be accrued when it is combined with cloud and SDN. Wrong!

Adding more technologies - especially those emerging in the enterprise - is not going to deliver success. That is why most attempts to virtualise network functions cause degradation in function performance. Banks do not virtualise their exchanges and many other industries continue to hold back on the virtualisation of their core revenue earning systems because virtualisation increases latency.

Also, in the context of telecoms, we’re missing an important point: server virtualisation is only about spending less on servers. That’s really a second order saving compared to the amazingly expensive telecom software. Even by financial services industry standards, telecom software is expensive.

Just lowering the costs of telecom software would have a massive impact and that is what Metaswitch does. Yes, Metaswitch is heralded as a leader in NFV and it has some telecom software that runs well in virtualised environments, but by open-sourcing its IMS with Project Clearwater, Metaswitch delivered what carriers care about – lower costs. Open source is much more powerful on delivering savings.

But open source by itself is NOT a disruptor. It’s the organisation’s implementation that differentiates and disrupts. The business case for NFV generally focuses on the migration of specific functions such as EPC, with claims of 40-50 per cent total cost of ownership (TCO) savings.

The NFV business case misses many points: its about the data center migration not particular functions, ‘legacy' EPC will continue to exist, it ignores the cost of the telecom software, and all the contrived service examples are limited by people and processes, not technology.

What is happening is the ‘IT-ization’ of telecoms. The core expensive software platforms no longer need to be so. So telcos can spend less with their vendors, thanks in part to Metaswitch open sourcing some of the core software.

When you hear the words agility, transformation, digital services, smart connected devices, and true NFV mentioned in a presentation, run away. The people talking have lost the plot and its not worth wasting your time with them.

Check out this demo <http://www.projectclearwater.org/deploy-ims-in–minutes/> created during TADHack from Metaswitch (Project Clearwater an open source IMS), Ubuntu/Canonical (Juju Charms and private Cloud), and Telestax (open source telecom application server, Mobicents) of deploying an open source IMS in minutes. You’ll also be able to meet the creators at TADSummit, 12-13 November in Istanbul, to see more demonstrations on how to really deliver new services and lower costs.