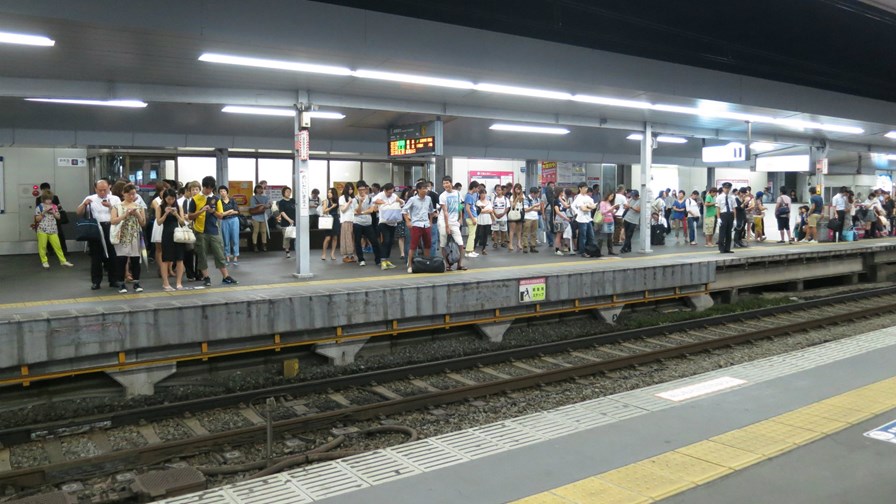 When NFV was taking its baby steps in 2013 it was clearly a carrier-driven initiative. Our early joint interviews with carriers and vendors most often saw carrier representatives extolling NFV’s virtues and urging vendors to “play nice with each other” to get a collaborative movement off the ground.  “The best collaborators would be the winners,” implied the telcos.

That urging was necessary, of course. Vendors who heeded the call would be risking much as NFV was clearly going to rock the industry structure. There would be losers and the winners would not necessarily be the traditional telecoms vendors.

But nevertheless, once the momentum started it was clear the vendors had little choice. It was a question of come along or be left behind. And in any case many within the vendor community (as well as inside the carriers) were relishing the race.

But now another subtle change to the vendor/carrier relationship appears to be in train. The ETSI Industry Specification Group (ISG) for NFV had always been careful to avoid being too prescriptive with the vendors. Rather than demand detailed outcomes, the idea was to set out the task in broad terms and let the participants get on with it. So it soon came to feel as if the process was being vendor-driven.

Now, however, it might be time for  telcos to take more control to drive interworking and standards, preferably in league with other telcos.

That seems to be a course that AT&T has already decided is best for it. Earlier this year it unveiled a platform called ECOMP (Enhanced Control, Orchestration, Management & Policy).

Chris Rice, Vice President of Advanced Technologies and Architecture, AT&T Labs then penned a blog to explain the move.

He said it would enable AT&T to  “rapidly on-board new services (created by AT&T or third parties) that our customers want. It provides a framework for real-time, policy-driven software automation of network management functions.”

Basically, he pointed out, there was now no shortage of platforms, open source initiatives and “partial solutions” out there. The telco now felt the need to create its own platform, if only to cut through the tangle.

AT&T, he said, wanted a system which would enable it to quickly ‘onboard’ VNFs and do that coherently and at scale. It saw that the landscape of solutions or initiatives were based on proprietary technology or were partial in their scope - that wouldn’t do. It wanted orchestration, management and control at the top of the list of qualities it required and, perhaps most of all, it wanted policy built in.

He pointed out that open source only takes you so far - there needs to be an entity to drive things along and shoulder support, and AT&T also needed assurances over components being properly vendor-neutral (‘lock-in’ is a huge no-no).

Finally Rice emphasised that the “old model of buying a product from a vendor and then spending additional money for the measurement, operational support systems, management systems, and training your folks (and the vendors sometimes) about to how to run it at scale,”  must also be dumped. “That isn’t cutting it. We need a better, more complete, more automated, more flexible model,” he concluded.

So ECOMP is essentially the control solution for AT&T, designed to fix all the above problems and act as a focus for the integration of software and integration across its network.

But in cutting to the chase by building its own platform solution, AT&T doesn’t want to lose the open source community input as it develops the network. It says it will eventually release ECOMP to open source via the Linux foundation, so it clearly sees ECOMP as a framework that could be adopted by other carriers. That in turn would make the platform a focus for more developers and drag in more expertise going forward. All grist to the mill.

Amdocs to integrate ECOMP for other carriers

To that end it has appointed OSS integration specialist Amdocs to be an integrator for telcos and and cloud developers who want to use it to build their own software-centric network services.

Justin Paul, Head of OSS Marketing at Amdocs is, understandably enthusiastic and claims ECOMP will do all the good things that a software-driven network is supposed to do, with the added bonus that AT&T is standing behind it.

Amdocs is a leading player in the Operational Support Systems segment of the market and Justin agrees that this was a major factor in its selection for the integrator role. “A definition of MANO might sound close to a definition of OSS,” said Justin. “It occupies the same space.”

“I think it’s very much the service providers who have been driving NFV and while it’s natural for the Network Equipment Providers to want to protect their businesses, there’s no doubt that the telcos are very anxious to avoid lock-in this time around.”

The use of proprietary extensions to standard kit - especially in the mobile area -  has been particularly irksome for them in past, he said.

This time they’re going to avoid it.