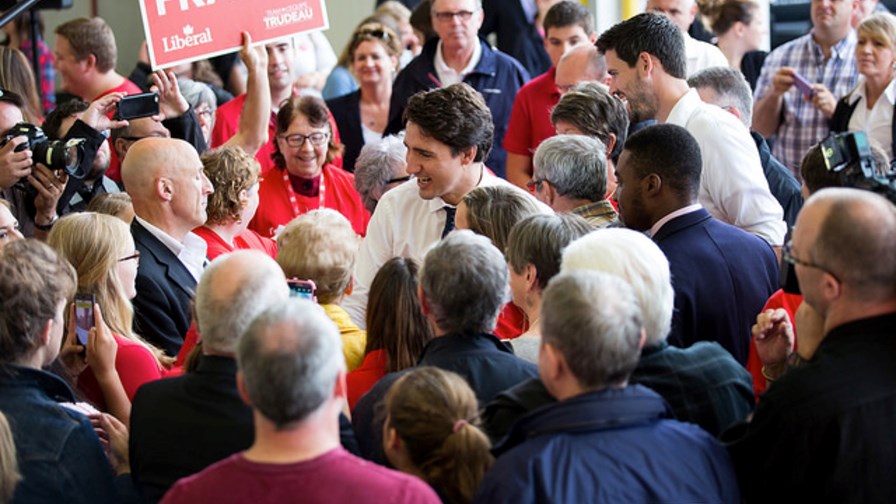 The decision to jail a Canadian for spying is presumed to be in retaliation for the arrest of Huawei executive Meng Wanzhou. A former Canadian diplomat is facing a similar spying charge in China and is also expected to be sentenced soon. Both men were detained soon after Canadian police detained Meng Wanzhou at the request of American prosecutors for sanctions-busting. The two unlucky Canadians - Michael Spavor and the ex-diplomat, Michael  Kovrig, now known as the two Michaels - have been in custody since 2018, just after Meng’s arrest in Vancouver. Meng has been fighting extradition in the years since. The sentencing of Michael Spavor has ramped up the war of words between China and Canada with the Canadian Prime Minister, Justin  Trudeau, aghast at the injustice. “The verdict for Mr. Spavor comes after more than two and a half years of arbitrary detention, a lack of transparency in the legal process, and a trial that did not satisfy even the minimum standards required by international law,” he said in a statement. The anger level in Canada is sure to rise further as Canadian media highlights the differences in living conditions suffered by the three detainees. The Michaels are enduring harsh conditions in detention while Ms. Meng, according to the New York Times, has been swanning about on bail set at $8million “in a seven-bedroom mansion in a rarefied Vancouver neighborhood, where she has had private painting lessons and massages. She wears a GPS tracker on her ankle and has been able to move around Vancouver.”

Nokia’s cloud-native core products have been chosen by United Group (UG) to upgrade its networks in Bulgaria, Croatia and Slovenia which makes Nokia the sole core vendor for the Group in those countries.  The move further expands the existing business relationship between Nokia and United Group. In March, Nokia was chosen by UG  to deploy a fiber network and in-home mesh Wi-Fi solution across the eight different countries in South East Europe that it operates in. For this contract Nokia will provide core products, including Cloud Packet Core, Voice Core, 3G Core and Cloud Infrastructure, which will give United Group’s operators the speed, intelligence and security to deliver 5G services, like network slicing.  Nokia will also be supplying its Subscriber Data Management (SDM) software.  Read more…

Unboxed: Community Fibre, London's largest and, it claims, fastest 100% full fibre broadband provider, has acquired a majority stake in Box Broadband, a Surrey-based full fibre network operator. The acquisition provides Community Fibre with expertise in suburban/rural builds and the company says it will share its own expertise and experience in the industry. Box Broadband provides a full optical fibre network in Surrey and West Sussex and has passed 7,000 homes. Community Fibre is London's fastest alternative full fibre network and has over 300,000 homes ready for service. It is committed to having 1 million homes in the capital, customer-ready with its 100% full fibre multi-gigabit capable broadband by 2023. Box Broadband will remain an independent operational entity trading under the Box brand in the South of England with Graham Sargood continuing to lead the operation. The acquisition of Box Broadband will enable Community Fibre  to expand beyond this and connect more homes and businesses across the South of England, it claims.

Customers of UK mobile operator EE can now have the Netflix video streaming service as an inclusive part of the package on EE’s “Smart” plans. The operator has also made its “Full Works” plan, previously only available on the iPhone platform, available on Android devices. The plan allows users to choose Netflix, Apple Music and BT Sport along with full speed and unlimited data. EE says that customers who pick Netflix as their “Smart benefit” receive the Netflix Basic plan worth £5.99 per month. They can pay just £4 more a month to upgrade to the Netflix Standard plan, offering streaming and downloading to two devices simultaneously in HD, or they can choose to pay £8 a month and upgrade to Netflix Premium plan with access to UHD content and the ability to stream and download to 4 devices simultaneously – all on their mobile bill. See how this works? It’s all offered on the “for just a few pounds/dollars more” principle and before you know it…  bill shock!

India’s fraught mobile operator scene is a familiar one: a long series of spectrum auctions involving large sums, driven by over-exuberance; followed by price competition, ballooning debt and apparent looming business failure for one or more of the licensed players (there are usually four at this stage). India has only one (Jio) of its four remaining players in a healthy condition. State-owned BSNL and Vodafone Idea (Vi) are struggling and there are calls for government support from Bharti Airtel Chairman, Sunil Mittal, whose company is also having difficulties -  just not as critical as the others. Mittal took the opportunity of Airtel’s annual report to urge “long overdue government support” for the telecom sector to “maintain the current four-player structure”  and, according to India’s Business Standard is hinting at a relief package for Airtel’s competitor, Vodafone Idea.