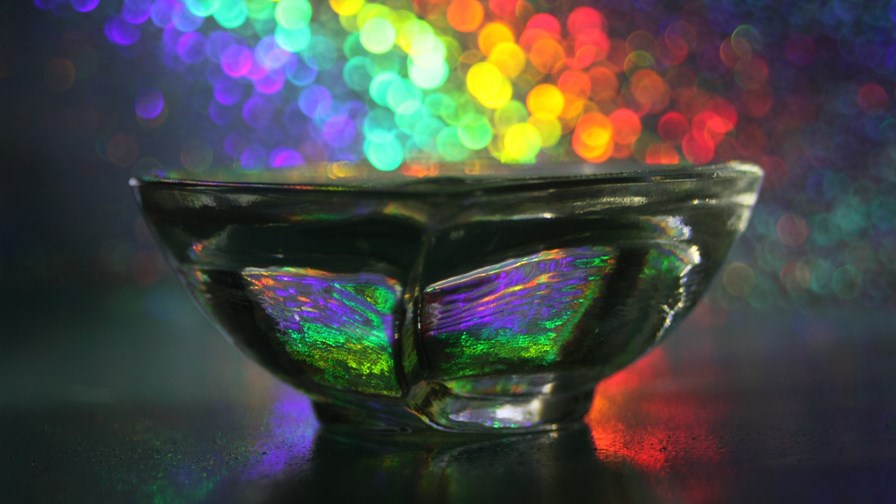 Vodafone is pushing forward with the reshaping of its business, with a couple of key M&A deals due to close in the coming days and its decision to hive off its European towers assets into a business that could be worth in the tens of billions of euros.

The telco has become the latest to create a TowerCo, a legally separate entity that will be operational by May next year and will control 61,700 towers across 10 markets – including those in which it has already brokered tower-sharing agreements – with a view to monetising those assets over the next 18 months. Monetisation could include an IPO, sale of a minority stake, or disposal of assets on a country-by-country basis.

Whichever route it chooses, Vodafone stands to benefit from a substantial pay day.

The telco puts TowerCo's proportionate annual revenues at €1.7 billion, generating €900 million in earnings, which equates to an EBITDA margin of 53%. That's a healthy margin by telco standards; Vodafone's European operations as a whole generated an adjusted EBITDA margin of 31% last year. But towers is a high margin business and the specialists are performing better. Cellnex, currently Europe's largest towers company with a portfolio of around 45,000 sites, on Friday reported a 65.7% EBITDA margin for the first half of the year, however that was on revenues of €489 million, only just over half of what Vodafone's TowerCo expects to turn over.

Vodafone's projected towers earnings give us some insight into what sort of valuation it could be looking for from the business.

When Vodafone CEO Nick Read started talking about towers monetisation last autumn, the Financial Times quoted Barclays as valuing the firm's assets at €12 billion. It has since suggested the value could be higher, based on rising share prices in the towers sector in Europe.

Indeed, following its strong results announcement on Friday, Cellnex was trading at €34.40, up 60% on where it was a year ago, while INWIT, majority owned by TIM, saw its share price climb to €8.88 on Friday; it was floated on the Borsa Italiana exchange at €3.65 four years ago.

In June last year Altice Europe agreed to sell a 49.99% stake in a newly-created tower company, SFR TowerCo, to house the 10,000-plus mobile sites operated by its French mobile business SFR to investment firm KKR. The deal valued the business – which was formally set up late last year under the brand Hivory – at €3.6 billion, or a sizeable 18x EBITDA, which stood at €200 million in 2017.

At those kinds of multiples, which do not seem unattainable, Vodafone's TowerCo could be worth in excess of €16 billion.

Naturally, Vodafone has remained tight-lipped on the value of the business. It began reviewing its European towers assets in November and during that process "has received several offers for various parts of its tower portfolio, which have highlighted that its tower assets would command an attractive valuation," it said.

The sale of a minority stake or a successful IPO could bring multiple billions Vodafone's way.

And it needs the money.

"Proceeds from the sale programme will be used to reduce the group's debt," it said. It did not share debt figures in its quarterly report but at the end of the financial year to March its net debt stood at just over €27 billion, or 58% of its market cap, up from 46% a year earlier.

The operator also aims to make a dent in that debt figure with the sale of its New Zealand operations, having agreed a €2.1 billion deal with investors Infratil Limited and Brookfield Asset Management in May. The deal has cleared regulatory hurdles and Vodafone expects it to close by the end of this month.

However, it is still spending.

Vodafone secured European Commission approval for its €18.4 billion acquisition of Liberty Global's assets last week and expects that deal to close by 31 July too. The purchase will be funded by a combination of cash and debt. It has also racked up hefty bills for 5G licences in Europe over the past year; spectrum in Germany, Italy and Spain set it back €4.5 billion. And that's before the significant spend that 5G rollout entails, with its network densification requirements.

Which brings us neatly back to specialist towers companies. 5G promises significant rewards to infrastructure firms. If the telcos feel they are not in the best position to profit from 5G rollout from an infrastructure point of view, preferring instead to monetise their passive assets now, the towers firms will be happy to do so. And that is helping with current valuations.

So one can't help but wonder who might be next. Personally, I'm keeping a close eye on Deutsche Telekom. The German incumbent has 28,000 towers in its home market and almost the same again elsewhere in Europe, and has at various times talked openly about both the opportunity for towers businesses afforded by 5G rollout and the potential to monetise those assets.