How many phones and tablets does a market need? 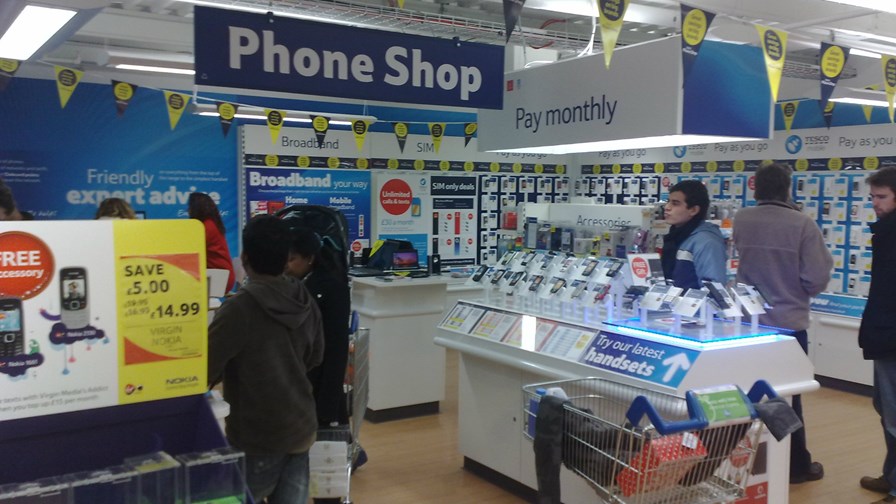 Obviously the connected devices market couldn’t just keep on growing and growing until we were wading around thigh deep in smartphones and tablets. Eventually supply catches up with demand; the device longevity line crosses the innovation & excitement  index; and the market burps happily and settles down to a nice doze.

That sleepy time might be fast-approaching in the UK according to CCS Insight which is charting what it calls a “sudden slowdown” in device sales. It estimates that only 27 million phones and 12 million tablets will be sold in the UK this year. That sounds like a lot of gadgetry for just 63 million people but it’s actually 5 million fewer devices than were sold in 2013.

Mobile phone sales tracked 20 per cent under last year’s figures  in the first months of 2014, while tablet sales,  still on a roll this time last year, have slumped 17 per cent. CCS Insight says this is the first time the UK market has had to weather such a sharp decline outside a recession.

A tablet slowdown was expected, say the researchers. It says there are 25 million tablets in use in the UK market and many of these are being used by more than one person in a household, which implies that they’re seen as communal rather than personal gadgets and that they are often expected to not wander off the premises. That means that there’s room for family infill with one member of the family buying a new one and handing on the incumbent tablet on for the rest to squabble over (been there, done that). That process should see continuing tablet sales, even though tablets are held onto longer than smartphones.

However, from a telco point of view tablets aren’t really a great harbinger of prosperity since they are overwhelmingly bought as WiFi-only, although there may be some uplift from extra mobile data consumption through tethering.

The real nasty in CCS Insight’s figures is a slowing of mobile phone sales - the lifeblood of the industry, although perhaps not for much longer. The researchers point out that it’s finally got to the point where users have little reason  to upgrade as regularly as they have done in past. Several reasons.

First the pace of innovation has certainly slowed (as we pointed out at Mobile World Congress - where were all the new phones?). Even where new models are appearing, they’re often trying to find new (non-existent?) niches between low and medium, or medium and high end. Otherwise it’s a slight face-lift and a few more megapixels on the camera and gigs in the phone.  Voilà! Another iPhone look-alike. Not nearly enough to get the pulse racing.

And, instead of paying more and more for less and less users are tending to hang on to their out-of-contract phones (just two years old or less) and buy nice new cheap SIMs with better pricing and unlimited data consumption. They’re increasingly doing it online and so have no need to go near a phone shop where they’re likely to get talked up to a higher tariff.

But the big one: what’s happened with LTE? Calling it 4G has apparently not fooled many and here are the figures to prove it. CCS Insight points out that the phone sales drop  is in spite of the fact that many operators in the UK are offering LTE at no premium (which we’ve always argued they should anyway) and even then there’s been no apparent phone sales  bounce at all from its arrival. In fact, there’s been a drop-off in phone sales as we’ve just seen.

Is it possible that the market is awaiting the arrival of the next new iPhone?  No doubt there will be an uplift, but there’s something more going on than that.

It’s more likely that UK users aren’t going to get caught out again by buying into a new ‘G’ only to find out their phone behaves just as it did when they were on the ‘G’ before. In my case, I have a 3G iPhone on Vodafone which hardly ever sees 3G. Nearly all the time outside and away from WiFi (by far my main data connection), I’m on GPRS or Edge.  When I do see the very rare 3G sign it usually disappears before the picture I’m attempting to upload has run its course.  So will I be buying into 4G? Not without threatening to bring it straight back if it doesn’t perform as advertised.

So what to do?  Tomorrow I’m going to delve further into these issues with a story I’ve already entitled. ‘Is it time to end the Generation Game’ and I’ve got a lot of evidence that says it is.