Bouygues Telecom talks up togetherness, but performs well in isolation 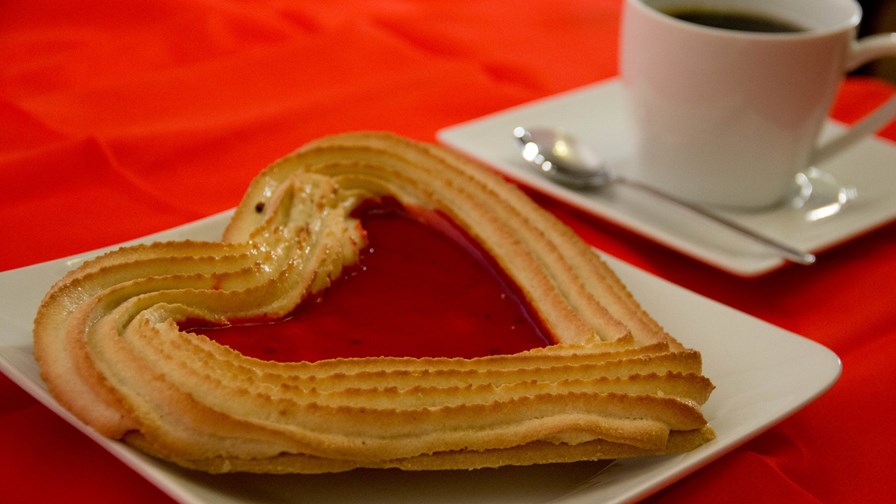 "We are made to be together."

Not exactly a groundbreaking slogan for a telco, particularly given that the telco in question probably shelled out a hefty chunk of its marketing budget to creative agency BETC Design, which came up with it as part of an ongoing brand overhaul.

What is remarkable here, and the reason this new strapline caught my eye, is the fact that it belongs to Bouygues Telecom, whose days as a standalone telecoms company appeared to be numbered as recently as five years ago. The firm was involved in failed M&A negotiations with both SFR, now part of Altice, and incumbent Orange in the 2014-2016 period (see below) and despite confidently asserting it could go it alone, the industry was not convinced; prices in France were under pressure in the wake of the 2012 launch of Iliad's Free Mobile and Bouygues Telecom's numbers made grim reading.

Of course, Bouygues Telecom's 'made to be together' (On est fait pour être ensemble) slogan, launched this week, refers not to cooperation with rival players, but to bringing people together; the firm says its new ambition is be the operator that enhances human relationships. Nonetheless, one can't help but think about the company's changing relationship with the broader French telecoms market over the past few years.

Martin Bouygues' favourite 'child' has undergone a period of extreme flux and appears to have come out the other side a stronger company. The son of the Bouygues group's founder and its current chairman and CEO spearheaded the move into telecoms 25 years ago, and was once regarded amongst the French telecoms market's inner circle – that is, longtime executives at rival players who I spoke to off the record few years ago – as its Achilles heel. His reluctance to participate in market consolidation by selling the business, looked set to be its death knell.

But there has been a turnaround and Bouygues' enfant terrible now looks like a stable business with healthy growth prospects.

In mid-2014, having lost out to Altice in the race to acquire French mobile operator SFR and having reportedly failed to secure an M&A deal with Orange, Bouygues Telecom presented what it described as a transformation plan designed to secure an independent future. The plan brought hefty job cuts and the usual pledges on boosting Bouygues Telecom's position in 4G, high-speed broadband, and digital services.

"Bouygues Telecom has experienced difficulties in a telecoms market in upheaval since 2012, illustrated notably by a current operating loss of €19 million incurred in the first quarter of 2014," the firm said, at the time.

M&A talk continued though; Bouygues rejected an offer from Altice in June 2015 and in Spring 2016 its board of directors terminated talks with Orange that could have seen the incumbent take it over for around €10 billion. Still the telco stuck to its turnaround plan.

It's impossible to say whether or not that was the right decision, but today Bouygues Telecom is in better shape than most people could have predicted.

The telco's Q1 current operating profit for 2019 came in at €91 million, a far cry from that Q1 2014 loss, and on an annual basis the figure grew exponentially over the five years to 2018 (see chart), during which time it also added almost €1 billion to its yearly turnover.

Its mobile market share stood at around the 15% mark when Free Mobile launched in France but as of the third quarter of last year was up at 18%, excluding M2M customers. That makes it the market's smallest player, two percentage points behind Free, but adding in non-human SIMs sees it leapfrog the Iliad unit. On the fixed side, Bouygues Telecom still lags its rivals, but the business is growing; it added 110,000 FTTH customers in Q3, which was fewer than Orange and Iliad, but represents a sizeable proportion of its 855,000-strong FTTH customer base.

Bouygues Telecom's new brand campaign may be fluffy at best, but the figures don't lie: the telco has established itself as a credible standalone player in France, which looks set to continue as a four-player market. Orange, Altice, Iliad and Bouygues Telecom are made to be together, you could say. 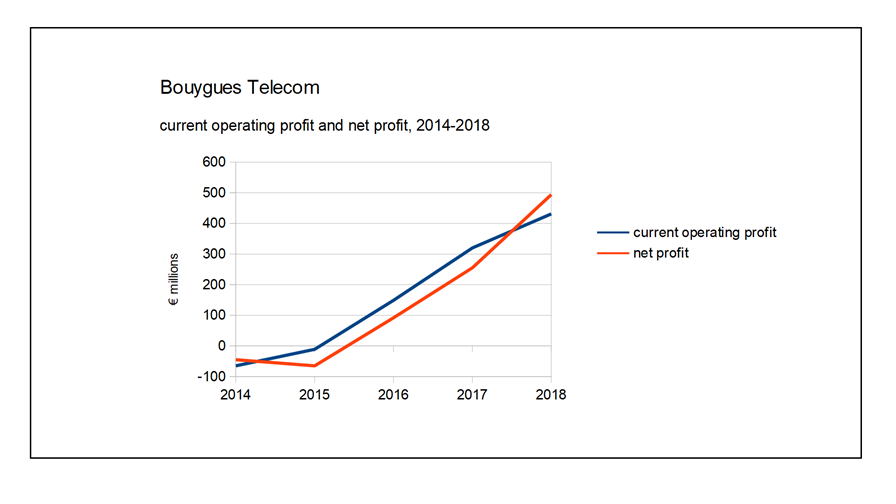