IOC and Samsung extend partnership through to 2028

The International Olympic Committee (IOC) and Samsung Electronics (Samsung) today announced an extension to their global Olympic partnership through to 2028.

Samsung will continue as the Worldwide Olympic Partner in the wireless communications equipment and computing equipment category, including the ability to promote the Artificial Intelligence, Virtual Reality, Augmented Reality and 5G features of that equipment. As part of the agreement, the IOC and Samsung will further develop their strategic digital collaboration to engage young generations around the world in order to promote the power of sport and the values of Olympism.

IOC President Thomas Bach said: “I am delighted that we will be building on two decades of partnership with Samsung for another 10 years. Over this time, we have built a partnership combining Olympic excellence and Samsung’s industry-leading wireless communications technology. Together, we are able to connect with and inspire Olympic athletes and fans around the world, and we look forward to working with Samsung to build the digital future of the Olympic Games.” 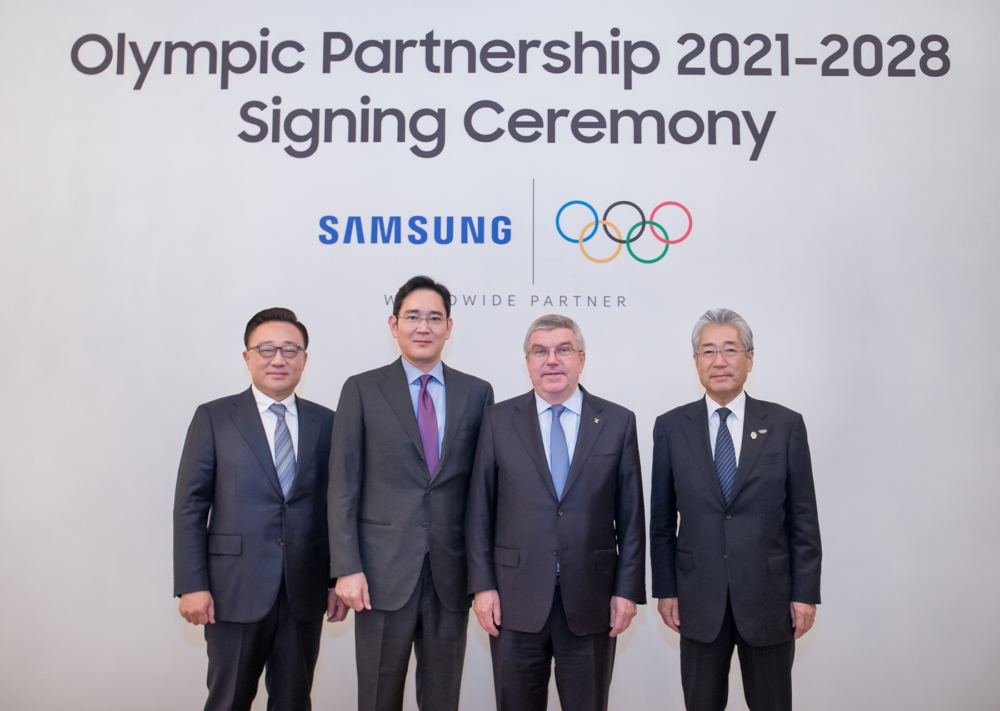 Dong Jin Koh, President and CEO of the IT & Mobile Communications Division at Samsung Electronics, said: “As a Worldwide Olympic Partner for the last 22 years, Samsung has been inspired by the spirit of hope, friendship and unity. Through our innovative wireless and computing equipment which are able to support AI, VR, AR and 5G technology, we hope to spread the excitement of the Games so that fans and athletes around the world can stay connected and share in the journey to achieve greatness at the highest level of sportsmanship.”

IOC Marketing Commission Chair Tsunekazu Takeda said: “Samsung is a global success story and a brand recognized around the world. Samsung understands and promotes the Olympic values through technology and marketing campaigns that help break down barriers and engage new audiences. From a commercial perspective, our extension with Samsung to 2028 builds on the long-term agreements reached recently with existing and new Partners, and demonstrates the long-term strength and appeal of our marketing programs.”

In collaboration with the IOC and the Organizing Committees, Samsung plans to continue its Athlete Phone Program. This program provides Limited Olympic Edition Galaxy phones to all participating Olympic and Paralympic athletes to enhance the athletes’ Games-time experience, help them stay in touch with their family and friends, and capture and share their journeys.