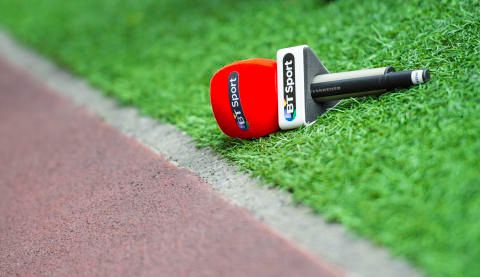 BT Sport is to show Liverpool take on Real Madrid in the final of the UEFA Champions League for free online via YouTube, the BT Sport app and btsport.com later on this month.

The UEFA Europa League final will also be made available online to millions of additional fans who do not yet subscribe to BT Sport and supports the broadcaster’s promise to make televised sport more accessible to more people.

The first elite final will see Diego Simeone’s Atletico Madrid take on Marseille in Lyon on Wednesday 16 May.

The following week on Saturday 26 May will see Jurgen Klopp’s men travel to the Ukrainian capital of Kyiv and pit their wits against European giants and 12-time winners of the European Cup, Real Madrid. Zinedine Zidane’s men will be looking to win it for the third year in a row, with Liverpool hoping to win the competition for the sixth time.

The matches will be available for free to watch on YouTube in 4K UHD at youtube.com/btsport, the BT Sport app and btsport.com and available for BTTV subscribers on BT Sport 2 and BT Sport 4K UHD. BT Sport subscribers will also be able to enjoy 360 highlights on the app throughout the game.

Pete Oliver, managing director marketing and sales, consumer, said: “To have Liverpool in the UEFA Champions League final is fantastic.We have always said that we want to make top quality sport available to more people and so once again we will be making the UEFA Champions League Final and the UEFA Europa League Final available to all to watch online for free.

“This season we have shown some absolutely amazing games and have had some of our biggest games to date with our UEFA Champions League viewing figures up by 47 per cent this season. The final is set to be a classic and we can’t wait to bring it to football fans across the UK.”

YouTube’s Head of Sport in EMEA, Tomos Grace, said: "Football is by far the most popular sport on YouTube and it doesn't get more premium than the UEFA Champions League and UEFA Europa League finals. We are delighted to be partnering for the third year running with BT Sport to make these games available live to YouTube users across all of our platforms."

Customers signing up for BT Sport between the 23 and 29 May will receive three months free and can look forward to the UEFA Champions League Final as well as an action packed summer of boxing, including Tyson Fury’s comeback fight on 9 June.

Ways to watch as a BT Sport subscriber: