Ambitious LoRa-based satellite network is on the launching pad 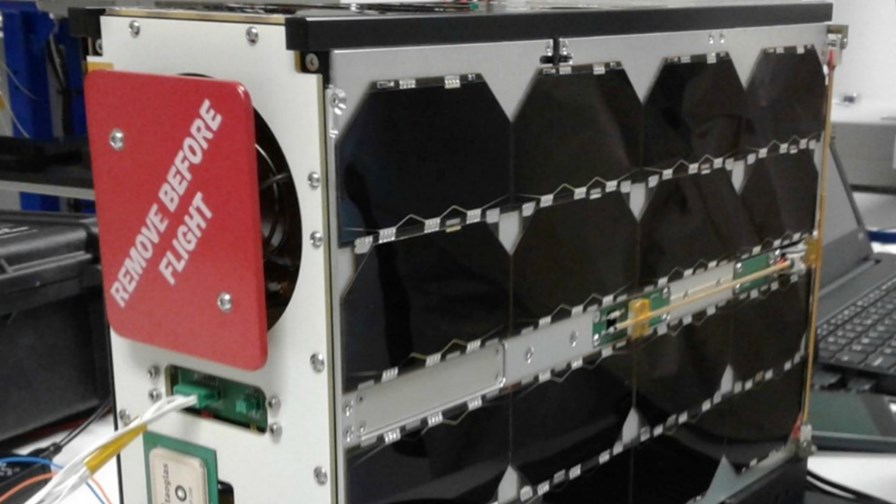 This week it’s been announced that  Lacuna Space, a UK-based IoT satellite provider and Miromico, an IoT device specialist, are to collaborate on 'space ready’ and off-the-shelf  devices to support Lacuna’s LoRa based satellite IoT play.

There’s a lot of info packed into that sentence, so I’ll unpack it slightly. Lacuna, a UK based satellite provider, is building a LEO (low earth orbit) satellite-based IoT connectivity system using only slightly adapted LoRa devices. The resulting service will be a highly innovative global solution for mobile IoT. It will use the cost-effective, low-powered LoRa device standard and, by sending the short IoT messages a few hundred miles up to a satellite (the signals will travel that far), if will engineer a potentially global solution for extremely low cost - able to tackle applications like asset tracking which, being highly mobile,  were thought to be beyond LoRa’s capabilities.

So the word ‘LEO’ is back. Veteran telecoms professionals will remember that back in the 1990s there was a flurry of excitement about the prospects for so-called LEO (low earth orbit) satellite services.  Plans were hatched to design and launch satellite ‘constellations’ which, instead of sitting in far-off geostationary orbit, would zoom around the earth at a mere 485 miles altitude, close enough to engineer direct to device satellite communications for voice and data. Several constellations were planned, some were even launched - the most memorable being Iridium, so named after its original tally of 77 satellites.

But alas most of the LEOs died in a ditch, not because the technology was flawed but because, thanks to cellular,  terrestrial wireless alternatives simply developed faster and further than expected, elbowing more costly satellite service aside.

Maybe it was just ahead of its time. Or maybe the LEO concept is better suited to IoT applications?

Miromico, the device vendor, thinks so.  "A low-cost and low-power satellite link like Lacuna Space's technology built directly into every smart device will ignite a second IoT revolution," said Marcel Wappler, Head of IoT & LPWAN at Miromico. "We are facing a skyrocketing but as yet unmet demand for smart devices with low power, affordable, and global connectivity. The lack of global connectivity is holding back endless applications. Some of which will help to solve the most difficult challenges of our times such as enabling solar powered local grids in South America and elsewhere, improving agricultural yield, or tracking the global flow of goods or assets and monitor their carbon footprint. Together with Lacuna Space we can begin to meet that demand.”

“We’re about solving the IoT connectivity problem. If you put up a map showing global cell phone availability it will have vast areas where there is still no connectivity -  huge black spots, like the world’s oceans.

“Our thesis is that there are going to be a whole lot of IoT blackspots around the world if we just rely on terrestrial gateways to get IoT data back to the cloud,” he says. “So we came up with the idea of 'let’s do this over satellites'. Yes they’re expensive to put up there, but once they’re there you can get complete local coverage so it actually works out to be quite cost-effective.”

Rob has an impressive backstory. He’s been around the space industry for 30 odd years, long enough to be well known and trusted. Lacuna Space was kicked off in 2016 and has won  financial backing from two VCs and the UK and European space agencies both of which have put in cash.

“In total we’ve had 5 million euros of investment,” he says. “Enough to keep us fully funded through to 2021. We’ll do another investment round early to mid next year.”

As things stand there’s one satellite in orbit (see illo above) which is acting as a proof of concept. By the middle of next year there will be four satellites in orbit - enough coverage to move into a customer demo mode. Then, once there are 12 satellites operational, the outfit can start  tentative commercial operation.

The time between satellites appearing overhead for each device on the ground naturally diminish the more satellites are in orbit.

“The devices keep an almanac of timings so they know when they should be sending out a signal to a satellite overhead,”

The important point about the satellite network is that it does the job of filling the gaps between terrestrial LoRa gateways and in so doing creates a seamless global service -  when there are enough satellites.

“In operation they’ll ping and look for a terrestrial network first and if one that they’re registered to use is not there, then they'll look for a satellite on the next available slot.”

The key is that the system can use LoRa devices, direct from the ground with the minimum of device modification. That means the devices stay cost effective and that’s key to the whole effort.

“We reckon that we’ll  have everything covered  when we’ve launched 240 satellites, which sounds horrendously expensive but what you have to remember is that satellite costs have vastly decreased since the first LEO phase in the 1990s,” says Rob. “What we’re doing now on a 10 kilo shoe box-sized satellite is doing the job of a 150 kilo satellite from 20 years ago.”

This time, he says, it’s going to work.

What’s up with… Qualcomm and Cellwize, BT, Vodafone Business