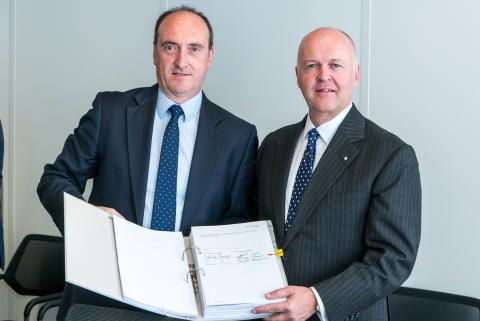 BT today announced that it has entered into a six-year global communications and network contract with Zurich Insurance Group (Zurich). The agreement will help transform Zurich’s IT infrastructure and is expected to deliver increased network performance and improved audio and video capabilities for the company’s customers and employees.

Robert Dickie, chief operations and technology officer, Zurich Insurance Group, said: “This is a major agreement for Zurich and a key part of our Group’s IT & Operations transformation.

“There are significant advantages in working with a truly global company, not the least of which are the increased agility and efficiency in dealing with one main provider.”

Luis Alvarez, chief executive, BT Global Services, said: “Zurich has entrusted BT to manage its communications network because we understand that it’s critical for global companies to have local capability to serve customers wherever they may be. Zurich’s global network creates a foundation for seamless collaboration for employees worldwide and enables them to access the increasing number of business applications and services.”

Zurich Insurance Group (Zurich) is a leading multi-line insurer that serves its customers in global and local markets. With more than 55,000 employees, it provides a wide range of general insurance and life insurance products and services. Zurich’s customers include individuals, small businesses, and mid-sized and large companies, including multinational corporations, in more than 170 countries. The Group is headquartered in Zurich, Switzerland, where it was founded in 1872. The holding company, Zurich Insurance Group Ltd (ZURN), is listed on the SIX Swiss Exchange and has a level I American Depositary Receipt (ZURVY) program, which is traded over-the-counter on OTCQX. Further information about Zurich is available at www.zurich.com.