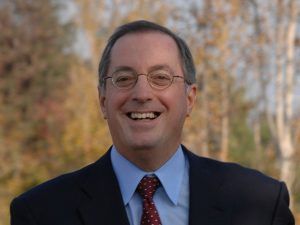 Paul Otellini became Intel’s fifth chief executive officer in 2005. Under his leadership the company made important strategic, technological and financial gains. These included transforming operations and cost structure for long-term growth; assuming a leadership position in the server market segment; and maintaining profitability during the global recession. Other accomplishments included signing on notable new customer engagements, such as winning the Apple PC business, and business partnerships and strategic acquisitions that expanded Intel’s presence in security, software and mobile communications. On the financial front, Intel generated more revenue during his eight-year tenure as CEO than it did during the company’s previous 45 years1 . In the last full year before he was named CEO, Intel had $34 billion in sales; by 2012, the number had grown to $53 billion.

“We are deeply saddened by Paul’s passing,” Intel CEO Brian Krzanich said. “He was the relentless voice of the customer in a sea of engineers, and he taught us that we only win when we put the customer first.”

Otellini was born in San Francisco on Oct. 12, 1950, and remained a fan of the city all his life. He received a bachelor’s degree in economics from the University of San Francisco in 1972 and an MBA from the University of California, Berkeley in 1974. He joined Intel in 1974 and served in a number of positions, including general manager of Intel’s Peripheral Components Operation and the Folsom Microcomputer Division, and in 1989 as then-CEO Andy Grove’s chief of staff.

“Paul’s business acumen, optimism and dedication fueled our growth throughout his tenure as CEO,” Intel Chairman Andy Bryant said. “His tireless drive, discipline and humility were cornerstones of his leadership and live on in our company values to this day.”

Paul and his wife, Sandy, were married for 30 years. He is survived by his wife; his son, Patrick; and his daughter, Alexis. Since he retired in 2013, Otellini dedicated time to mentoring young people and being involved with several philanthropic and charitable organizations, including the San Francisco Symphony and San Francisco General Hospital Foundation.

1 Paul Otellini’s Intel: Can the Company That Built the Future Survive It?