As of November 1st Jesper Smith took over the role as Director Group HR for the Telekom Austria Group. He is responsible for the group wide HR strategy and execution, people and skills development, as well as compensation and benefits topics.

Jesper Smith, born in Sweden, went to the University of Lund where he studied behavioral science. He also holds an Executive Master in Leadership and Organization from the Nyenrode Business School in Holland. Jesper began his professional career at Ericsson in 1995 where he had different HR roles in Sweden, the US and the Middle East. In 2005 he joined Sony Ericsson working in Sweden and the UK heading up HR for the product development and portfolio organization and later sales and marketing. In 2009 he joined the IT company Tieto as head of HR for Sweden and later also for the global Financial Services sector. 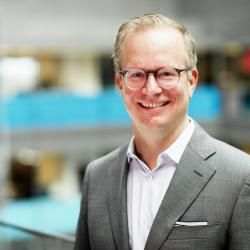