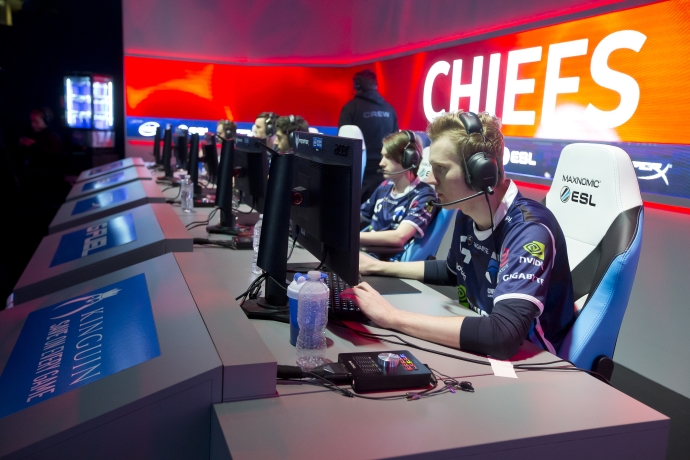 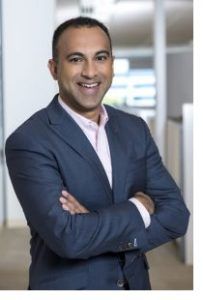 Earlier this year I talked about the Darwinian nature of the PC and how its unique characteristics have enabled it to adapt and evolve with time. This was again top of mind today as I took the stage alongside Microsoft’s Terry Myerson at WinHEC in Shenzhen, China. Today, the focus was squarely on the future as we announced a deep collaboration between Intel and Microsoft to further push the boundaries of personal computing.

Through a new initiative, called Project EVO, we are harnessing our collective innovation to showcase what is uniquely possible with the PC and, together, set the course for the future. We believe that computing must evolve to become capable of even more unbelievable things, including smarter voice interaction, virtual and merged reality experiences for all, more powerful gaming, strengthened security and identity protection, and true always-connected computing.

This is at the very heart of what we do at Intel: We make amazing experiences possible through technology. With Intel architecture, these experiences come to life across the broadest range of devices – spanning the growing Internet of Things to monster gaming rigs, to always-connected sleek notebooks and versatile 2 in 1s. And, in a world of over 15 million Windows desktop applications, our three decades of application compatibility on the Windows platform ensures that customers will the see reliability, performance and battery life that they expect across all form factors.

Extending ‘Merged Reality’ to Everyone 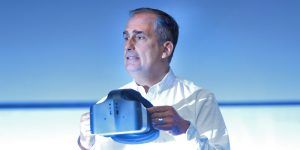 These efforts are already coming to fruition with merged reality. As we committed at the Intel Developer Forum in August, Intel and Microsoft have partnered on a technology specification to help developers design powerful merged reality PCs and experiences. A powerful CPU is central to this experience so, together with Microsoft, we are ensuring that Windows 10 merged reality experiences are optimized on a range of Performance-class, 6th and 7th Gen Intel® Core™ processor-based PCs. And, by the end of 2017, merged reality will scale across mainstream Intel architecture platforms natively on Intel HD Graphics. We’re also collaborating on Intel’s Project Alloy All-in-One head-mounted display reference design, Intel® Optane™, Intel® RealSense™, Thunderbolt™, and eventually removing the cable with WiGig to take the experience to the next level.

Through this work, our OEM partners and device vendors can focus on innovation, trusting their products will deliver reliable and compelling merged reality experiences. Similarly, developers can optimize for known hardware configurations, bringing them greater scale and reduced complexity.

These are just a few of the ways we are working together to bring immersive merged reality experiences into the mainstream.

Immersive Gaming, Artificial Intelligence and Connectivity Like Never Before 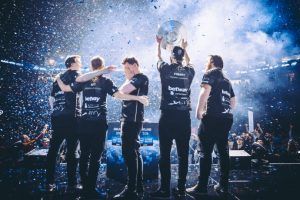 Of course, the future of the PC is about more than merged reality. Immersive gaming and the rise of eSports couldn’t be hotter. Just last month, more than 10,000 fans joined us in person, and many more online, for Intel Extreme Masters (IEM) Oakland to watch the world’s best eSports athletes face off at Counter Strike: Global Offensive and League of Legends. Even more impressive: the last season of IEM had more than 57 million unique online viewers.

We see a world of opportunity with artificial intelligence as well. Our engineers have been working closely with Microsoft to add far-field speech recognition and improved voice activation to PCs, making them much more intuitive. Soon, you’ll be able to speak to your PC from a distance and access all of your information on the device and in the cloud. You’ll also be able to wake up the PC from modern standby, whether open or shut, with a simple phrase, “Hey Cortana.”

The best part: This is just the beginning. The work we are doing will help drive innovation in other areas too, from hardware-enhanced single- and multi-factor authentication powered by Windows Hello and Intel Authenticate for enhanced PC security to an even greater focus on connectivity – starting today with LTE. This includes offering a wide range of PC form factors and price points that give people choice in mobility, whether they are carrying an ultra-thin and light notebook or a cool 2 in 1. Our global modem was designed and tested for PC form factors and for mobile 2 in 1 users. Along with Microsoft, we will bring new levels of always-on, always-connected freedom to mobile users everywhere.

And, looking forward, we’re at the forefront of the move to 5G, the next generation of wireless networks that will provide the communications backbone for data-rich services and sophisticated cloud apps, delivered faster and more efficiently than ever. Our global partnerships and mobile trials with top service providers will be ready on Intel architecture-based Windows devices to deliver 5G services to users timed to market with other devices.

We’ve only just begun to scratch the surface of what we can do to shape the future of the PC and deliver the amazing experiences that people dream of.

We can’t wait to make it happen.