IDC finds less than 10% of European organizations are multicloud ready

FRANKFURT, May 1, 2018 — A recent survey by International Data Corporation (IDC) found that only a small minority of European organizations have taken sufficient steps toward establishing a fully fledged multicloud strategy.

"Virtually all European enterprises will soon use multiple cloud services. The smart ones are already actively planning for those services to be benchmarked, price-compared, and selected against each other based on the workload need," said Giorgio Nebuloni, research director, European Multicloud Infrastructure at IDC. "To get there, a central point of control based on software and potentially services is needed, as are strategic approaches to skillsets, processes, and datacenter infrastructure."

Successful multicloud strategies involve tackling business decisions from a spectrum of organizational standpoints. Businesses need to identify which workloads are fit for public cloud and which workloads are better run in a private cloud. An ever-changing cloud landscape means IT buyers also need to constantly evaluate the cloud vendor landscape.

Multicloud Readiness Among European Organizations in 2018

From Bystanders with basic cloud strategies to Pathfinders with fully fledged multicloud: What proportion of European organizations are multicloud ready? 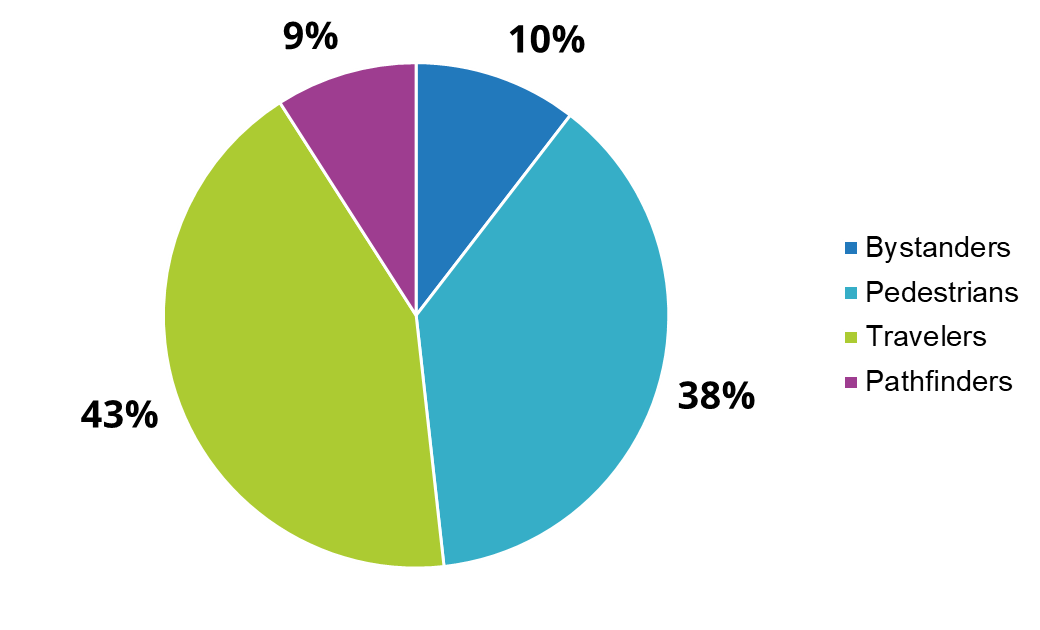 "While the perception of multicloud infrastructure as an end goal certainly resonates with European organizations, there remains uncertainty over what a multicloud strategy looks like and how this strategy should be disseminated within an organization," said Michael Ceroici, research analyst, European Multicloud Infrastructure, IDC. "Elements from infrastructure technology, aligning cloud vision between different business lines, and internal cloud expertise all play a part in facilitating successful multicloud endeavors."

The IDC study Multicloud Perception in Europe is Evolving, But Most Stuck in a Passive Approach (IDC #EMEA43742418, April 2018) examines the multicloud perception of more than 600 business executives, line-of-business leaders, and IT leaders aware of or managing IT spending. The findings are based on a March 2018 survey of 15 industries across 9 countries (Denmark, Finland, France, Germany, Italy, the Netherlands, Norway, Sweden, and the U.K.). A related report, Five Actions European IT Buyers Should Take to Enable a Multicloud Strategy (IDC #EMEA43023617, September 2017), examines the key initial steps that European IT buyers need to take to begin a strategic multicloud implementation.