During the event, attended by over 400 customers, partners, government and media stakeholders, Huawei announced it is launching an alumni programme to further support UK undergraduates who have participated in “Seeds for the Future”.

The “Seeds for the Future” programme, now in its sixth year, sends UK STEM (Science, Technology, Engineering and Maths) students to China for a month to help promote STEM careers and skills, as well as forge a better understanding and closer links between the UK and China. The alumni programme will provide technology workshops and networking events, as well as career advice and opportunities for undergraduates who have participated in the programme to help further develop skills and talent.

Huawei also confirmed today that it will recruit eight new graduates in 2016, following on from the seven graduates successfully recruited in 2015. The eight new graduate recruits will join in September, when they will embark on a programme designed to develop their understanding of the company’s core products and solutions. The new recruits will rotate through different departments and roles, gaining understanding and experience of the company’s overall operations in the UK, before joining a specific team and working on a delivery project. 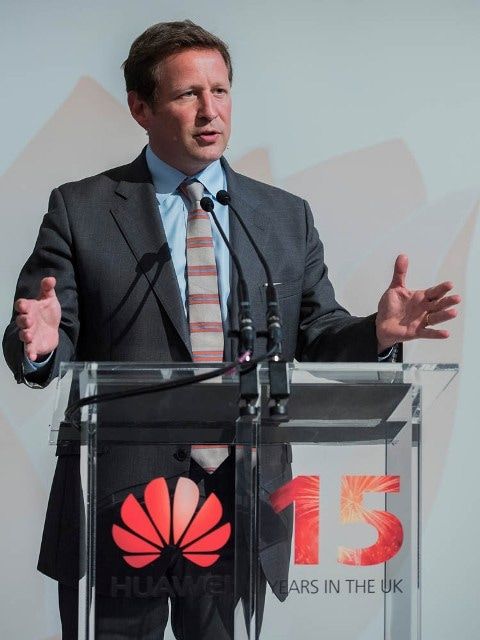 "Huawei’s investment in the UK over the past 15 years reflects its confidence in Britain’s digital economy, and recognition of the success we've had in creating the right environment for businesses to grow and flourish. It's also great to see Huawei's commitment in helping British students gain digital and career skills with its Seeds for the Future scheme. Government is working closely with the private, public and voluntary sectors to make sure everyone has the tools they need to succeed and help drive the UK's continuing economic growth.”

At the Summer Reception, William Xu, Executive Director of Huawei Board and Chief Strategy Marketing Officer at Huawei, said:

“We are proud of the work Huawei has achieved in 15 years and our ongoing commitment to building a better connected UK. Over the next 15 years, we at Huawei will continue to work closely with our partners, developing new ideas and pioneering innovations, which will help foster a healthy and robust ICT ecosystem. ” 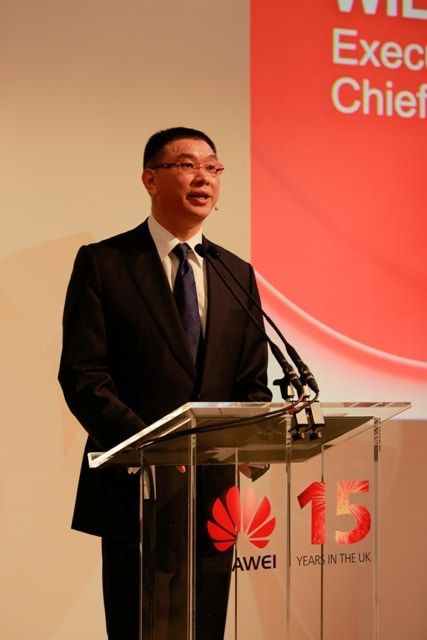 Lord Browne, Chairman of the Huawei UK Board, said at the event:

“Huawei’s commitment to investment in R&D in the UK, through university partnerships or bespoke facilities such as the photonics centre in Ipswich, will keep the country at the forefront of global digital innovation. And through this commitment, the UK will play an increasingly significant role in helping Huawei to develop the technologies of the future that will transform the way we communicate, work and live.”

Since opening its first office in the UK in 2001, Huawei’s presence in the UK has gone from strength to strength. Huawei now employs over 1,100 people across the UK, in 15 different locations. As one of the most open economies in the world, the UK is a highly desirable location for investment, and over the last 15 years Huawei has become an established part of the UK business landscape.

In 2012, Huawei CEO and Founder Mr Ren met with Prime Minister David Cameron and announced an investment commitment to the UK of £1.3 billion over 5 years to 2017, comprising £650 million in direct investment, and £650 million in procurement, an independent report from Oxford Economics in 2015 stated the company is on track to deliver on this commitment.

During Huawei’s 15 years, its three business groups have experienced strong growth and now offer a wide range of ICT products and solutions.

The company has built successful partnerships with some of the country’s world-leading technology firms and now works with every major telecoms service provider in the UK. Huawei is a key strategic partner for both BT and Vodafone and has been working with both companies for over ten years. The company has helped roll out 4G services and supported the delivery of superfast broadband networks around the UK for customers including EE and Vodafone.

The Enterprise Business Group has seen strong growth in the last few years, building a sustainable and ‘win-win’ ecosystem by developing open, flexible and secure platforms based on innovative technologies. It is supporting companies, partners and institutions across the transport, education, healthcare and finance sectors, its success includes building the world’s first 100G Campus Network for a University customer, providing end-to-end active Data Center solutions for an NHS trust to support its ICT transformation plan, and helping leading international banks to transform into Omni-channel banking in the new ICT era.

A major highlight of the Consumer Business Group in 2016, is the Huawei P9, created in collaboration with Leica and launched in London in early April. The dual-lens P9 sets a new standard in smartphone photography. The Huawei P9 is the first Huawei device to be ranged by all the UK networks and major retailers. The P9 is a masterpiece of state-of the-art industrial design, with the same minimalist design DNA as earlier products in Huawei’s acclaimed flagship P-series of premium smartphones.

Huawei is nurturing UK talent to generate the next generation of technological breakthroughs; in 2012 Huawei acquired Centre for Integrated Photronics (“CIP”) in Ipswich and in 2014 acquired the Cambridge-based Internet of Things company, Neul. In 2013 Huawei opened a new R&D centre in Bristol and is working with the University of Surrey at the 5G Innovation Centre in pioneering the development of 5G technologies. The company now employs over 150 people working in R&D in the UK. Huawei has also established R&D partnerships with over 10 British universities, working together on developing cutting-edge technologies.