Home truths: cyber threats hugely underestimated by over a third of Brits 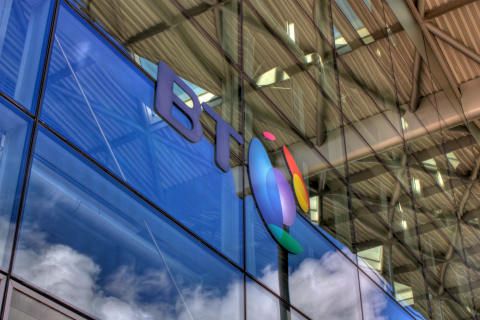 The research has revealed that just over a third of Brits (34 per cent) do not consider poor digital security as being a risk to their home.

And despite calls for greater awareness of cybercrime, only 10 per cent of people think their Wi-Fi or smartphones could be the most likely source of a crime, compared to 51 per cent who believe their front doors, windows or back door are more likely to be targeted.

Worryingly, UK citizens are failing to take advantage of the free security solutions made available to them by their phone and broadband providers.

Only a third of parents and guardians (36 per cent) take advantage of parental control technology to manage web access. This is despite the fact that almost half (49 per cent) of parents are concerned about their children falling victim to cybercrime and 39 per cent admitting that their child has accidentally seen inappropriate content online.

The research highlights worrying security gaps amongst ‘tech savvy’ younger generations. Password protection is the biggest issue for 16-24 year olds, with 40 per cent admitting that they use the same password on all devices. Amongst respondents aged 25-34 years – the age-group most likely to be first-time buyers – almost a quarter (24 per cent) admit they’re not confident about the digital security of their homes.

Mark Hughes, CEO, BT Security, said: “People must ensure that they are protecting themselves and their family from increasingly sophisticated cyber threats such as phishing emails, malware, and inappropriate web content.”

“Customer protection is a top priority for BT. We are continually developing our security portfolio to ensure our customers have best-in-class, built-in internet security across all web-connected devices, through solutions such as BT Web Protect, BT Virus Protect and BT Parental Controls.”

“The Crime Survey of England and Wales showed that people are much more likely to be a victim of digital crimes in the UK, with almost half of all crime now either fraud or cybercrime. Just as people protect their home from burglary so they also need to protect their digital presence. Many broadband and telephone providers now offer free security solutions and we strongly encourage everyone to take advantage of these, to ensure they are protected against the less visible dangers online and over the phone.”

“New research from BT suggests a mismatch between ‘awareness’ and ‘action’ when it comes to cyber security. People say they see the effects, but are finding it hard to take the steps needed to avoid on-line fraud. Most people say they are as confident in their home’s digital security as they are its physical security. In reality we think more support is needed to help people understand how they can stay safe on-line. The government’s new National Cyber Security Centre is working with BT and other key partners to meet this challenge and find ways of enhancing cyber security for all.”

“The reality is that digital crimes are thriving. Recent research from Intel Security showed that stolen credit and debit card data can be bought and sold for between £13 and £23 in the UK alone. Cyber criminals are becoming increasingly clever and it’s important that we stay one step ahead of the cyber criminals - caution is the best way forward here.”