In Release 14, 3GPP has added features to enable mobile networks to deliver television services in new and improved ways. Television and content providers may now directly provide their services over standardized interfaces. Among the many enhancements to the system, highlights include greater radio broadcast range, free-to-air services and transparent mode delivery of digital video signals. 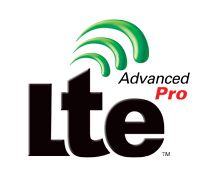 Advances in Release 14 will allow improved support for television services to both mobile devices and stationary TV sets over eMBMS (enhanced multimedia broadcast and multicast system over LTE) and unicast. Advances made include a standardized interface between mobile network operators and service providers and to the 3GPP system itself – for media delivery and control, radio enhancements for improved broadcast support and system enhancements to allow delivery of free-to-air receive-only services.

Several modifications were made to enhance the 3GPP eMBMS radio interface efficiency and flexibility, and to enhance the system architecture and media formats flexibility for content providers, broadcasters and mobile network operators.

Dedicated or mixed eMBMS carrier: Allowing for mixed unicast and broadcast services over a single carrier using up to 100% broadcast resource allocation, and a self-contained system information and synchronisation signals for dedicated carriers.

Shared eMBMS Broadcast: Operators can aggregate their eMBMS networks into a shared eMBMS content distribution platform. This is to avoid broadcasting of the same content at the same time over different networks and therefore improves coverage and bandwidth efficiency.

Receive-only mode (ROM): This mode enables devices without a SIM card or 3GPP subscription to access a subset of the 3GPP eMBMS TV services. This mode is relevant to expand the reach of eMBMS into traditional TV receivers. See 3GPP TS 24.116 Stage 3 aspects of MBMS service for Receive Only Mode, 3GPP TS 24.117 TV Service Configuration Management Object for details and TS 26.346 for service announcement for Receive Only Mode. In addition to media delivery, subscribers with a broadband connection can enjoy enhanced and rich service offerings, combined for example with independent unicast for interactivity when a SIM is present. Stationary TV sets can enjoy the same benefits, for example by integrating a broadband connection to enable interactive services associated with TV live broadcast.

Free-to-air services: One specific application of Receive-only mode is to enable Free-to-Air content broadcast over eMBMS (See also 3GPP TS 24.116). Services provided may be distributed in such a way that they can be received by all, including those who are not mobile subscribers. This extends the applicability of mobile broadcast to support public broadcasting requirements. The latest 3GPP specifications may moreover operate in accordance with European Union decisions on 470-790 MHz spectrum range. The efficient distribution of free-to-air and pay TV services in concert with the use of roof-top antennas for reception on eMBMS enabled devices and on existing TV receivers is a major enhancement.

xMB interface: To simplify the access to eMBMS system functionalities content providers and broadcasters can now establish the TV service through the standardized xMB (broadcasting application programming) interface, which has two aspects: xMB-C for control, and xMB-U for delivery of media content to the BM-SC. See 3GPP TS 29.116 xMB Interface and TS 33.246 Security of Multimedia Broadcast/Multicast Service (MBMS) for details.3GPP allows the inclusion of unicast distribution as a mobile system service, for example using eMBMS-operation-on-Demand (MooD) or unicast fallback (see TS 26.346 MBMS User Service Protocols and Codecs since Rel-12).

API: A new eMBMS Application Programming Interface (MBMS-API) was introduced primarily for developers of web and user applications to simplify access to complex eMBMS procedures. The API exists in the UE (the mobile system user equipment) from the eMBMS client to the Content Receiver application and is fed through xMB with relevant information to expose services to Applications (see Table 1.) This does not preclude typical mobile applications and OTT (over the top) service approaches, in which the content provider establishes a direct connection apart from any eMBMS/broadcast distribution, e.g. for service configuration and updates. Furthermore, to simplify access to the service by 3rd party applications, an MBMS URL scheme has been defined to serve as the entry point to trigger reception of an MBMS service. See 3GPP TS 26.347 MBMS APIs and URL for details. eMBMS transparent delivery mode: This new eMBMS delivery mode of operation was added so that TV formats are not limited to the 3GPP media layer services based on DASH and ISO based media file format (see TS 26.247 Progressive Download and Dynamic Adaptive Streaming over HTTP (3GP-DASH)) Release 14 now also supports external content formats defined by TV broadcasting organizations, e.g. DVB and ATSC 3.0 systems. This enables TV broadcasters to provide their content via eMBMS transport in the native format without transcoding, including the use of MPEG-2 TS over IP. Furthermore, this permits the re-use of existing TV receivers, for example existing MPEG-2 TS receivers and other equipment.

3GPP eMBMS underwent a significant amount of system and architecture updates to improve support of TV services. These features directly address concerns that had been raised in the past regarding certain aspects of broadcasting business. Higher spectral efficiency for roof-top and car-mounted antennas, network sharing and improved flexibility can substantially reduce the cost of deployment and operation, for example. The free-to-air receive-only service matches the model of service delivery expected for public broadcasting. With such enablers, MNOs and broadcasters can flexibly build new TV services and applications and increase the reach of their services to a larger range of devices.

A PDF copy of this paper is available...here.