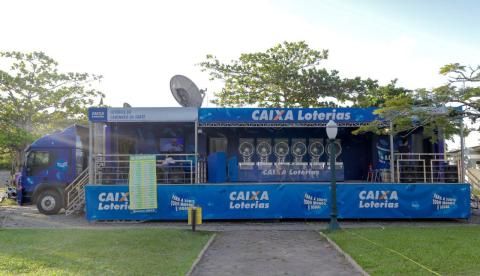 BT today announced it has won a public tender and entered into a new five-year agreement with Caixa Econômica Federal, one of the largest financial institutions in Latin America, to connect its data centres to its lottery outlets across Brazil. The new contract initially covers 14,000 existing connections and will reach 18,000 by its end. BT has been providing connectivity services to Caixa for eight years now.

In addition, BT will provide satellite connectivity to Caixa’s lottery outlets in remote locations, where they also offer basic banking services to the local population, including social security benefit payments. Among those lottery outlets, Caixa uses “Trucks of Fortune” (“Caminhões da Sorte”), which travel around Brazil allowing people to take part in the lottery draws, and river boat branches that serve villages in the Brazilian Amazon basin.

Caixa has once again chosen BT’s VSAT satellite-based services as the technology to support its network based on the availability, reliability and resilience of such services. BT has developed an innovative approach to accelerate the installation of connections for VSAT, which is part of the BT Connect portfolio, in the most distant corners of the country.

Last year, BT duplicated the Brazilian teleport hub structure that supports traffic from its corporate clients over VSAT links, in order to maximise the availability of its services even under the most difficult weather conditions. In the event of link degradation during rainstorms, the traffic can be immediately switched from the main site, in Hortolândia, in São Paulo state, to the mirror site in Jaguariúna, also in São Paulo, without affecting the services provided to the customer, which continue to flow seamlessly.

Bas Burger, President BT Americas said, “Our Latin American satellite capability places BT in a leading position to support reliable nationwide networks for our clients. We are proud to continue helping Caixa grow its business and contribute to the development of the poorest areas in Brazil, since Caixa lottery revenues play an important role in financing social projects, as well as education and healthcare programmes”.

George Washington, IT operations and support director, Caixa, said: “BT has been a committed and reliable partner for years, meeting and exceeding the strict requirements of a network that must be always operating and extremely secure”.

Responsible for the implantation of federal government initiatives in sectors such as infrastructure, housing and sanitation, CAIXA also provides banking services for millions of clientes all over the country. The institution's support for urban and civic development goes back to its foundation: it was created in 1861 by Emperor Dom Pedro II to encourage the habit of saving.

CAIXA activities include the operation of labor benefits and social program. Other fronts include managing the federal lotteries - a significant part of whose revenues are employed in federal government social actions, pawn broking and incentives for art, culture, sports and education through the institution's sponsorship policy.