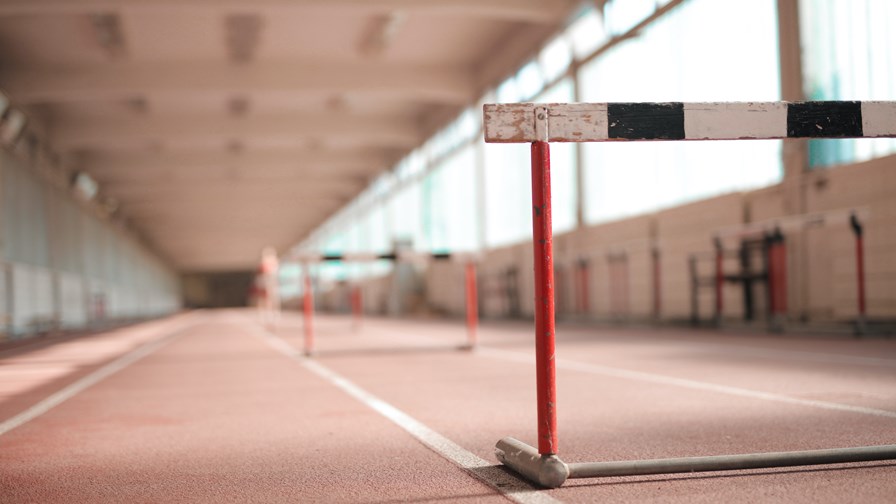 Telecoms operators know where they need to go in this new era of digital transformation, but getting there is not as simple as having the roadmap; they also need to finance the trip.

For years the industry has been talking about a new age of telecoms networks, of 5G based on open architectures, increased automation to provide better service and a lower cost to serve, and new revenue-generating services. We know what the future is supposed to look like, but with 5G rollouts well underway in most major markets, and the future suddenly just around the corner, it's becoming apparent that telcos still have a number of hurdles to overcome to reach it.

Capital investment is always an issue in this industry. Rolling out networks has never come cheap, from digging copper into the ground to deploying fully virtualised cloud-native networks, and everything in between. Cloud native 5G architecture allows telcos much more flexibility and provides new growth opportunities, but there is always a cost burden.

But help is at hand. Players in this industry are increasingly tailoring their business models to match operators' actual needs, offering as-a-service options and consumption-based pricing, bringing experience from adjacent industries – traditional IT companies, for example – to bear in the telecoms space. That should give telcos the push they need to really take advantage of 5G.

And they are going to have to, not least because top lines are under pressure and telcos need the ability and agility to tap into new revenue sources.

"There are significant challenges against investment to fund the future of the industry, because most operators are faced with servicing significant investment needs to service the past at the same time as servicing incredible transformation to service the future of 5G, virtualised telco cloud and various other initiatives," says Tom Craig, General Manager, Communications Technology Group, at Hewlett Packard Enterprise.

Craig, with a wealth of experience in the telecoms sector, thanks to senior roles at BT Global Services, Vodafone and others, was brought in to head up Hewlett Packard Enterprise's telco group in October. The group itself came into being in its current form a year ago, bringing together HPE's Telco Infrastructure team and its Communications & Media Solutions (CMS) software portfolio, with the remit of helping telco and enterprise customers transform operations with automation, and take advantage of the 5G market opportunity.

There are 5.3 billion mobile subscribers in the world and 10.5 billion cellular connections, according to the GSMA. Last autumn, Omdia predicted the number of 5G connections globally would be well in excess of half a billion by the end of the year, rising to 4.8 billion by end-2026. Separately, the analyst firm reported in October that just 14% of 5G networks have reached the 10% subscriber penetration mark. All of which is a roundabout way of saying that there is plenty of room for growth in 5G in the coming years, but also a lot of network to roll out and a lot of customers to serve as profitably as possible.

Customer care and meeting changing customer expectations remains an issue for telecoms operators. A myriad of analyst hours are spent every year in this area and the message remains the same: customer experience is a top priority for telcos, most are improving, but there is still work to be done. Meanwhile, telcos are feeling the pinch financially, as customers look for ever-cheaper data offers, while consuming more and more. And at the same time, customers are increasingly exposed to digital service providers, whose flexibility and speed to market leave telcos in the dust, particularly in the consumer space. Telcos need to turn their network prowess to their advantage.

High levels of automation with minimum human involvement will help operators address network faults and adjust capacity automatically, thereby significantly improving the customer experience as well as taking cost out. Meanwhile, capabilities like private 5G or network slicing will enable operators to offer highly tailored services to individual customers, particularly in the B2B space. Low-latency services, and the promise of higher revenues from customers willing to pay extra for mission-critical business and entertainment offers, have often been pitched as the holy grail for mobile operators. But they need to be willing to make the move to a 5G core and multi-access edge computing (MEC) to fully realise the potential of the technology.

We have been discussing the promise of 5G for years, since way before telcos saw fit to shell out many billions of dollars – in some markets, at least – for 5G licences and start rolling out services. But while operators are keen to talk up 5G coverage milestones and so forth, many have not yet made the move to standalone 5G.

Despite the endless hype around 5G standalone, commercial launches have been few and far between, relatively speaking. Dell'Oro Group in January bemoaned the "muted" uptake of standalone 5G networks, which it claims number just 19 worldwide. Meanwhile, the Global mobile Suppliers Association (GSA) puts the figure at 20, across 16 countries or territories. It's still fairly early days, but that's not a lot of telcos taking the plunge. Indeed, the GSA notes that in all, 99 operators have invested in public 5G SA networks, be that in the form of trials, planned launches, or actual deployments; that's just 20.6% of the 481 operators globally investing in 5G licences and rollouts.

There are a number of reasons behind the inertia, the big ones being additional complexity – in the short term – and, of course, cost.

"In many cases we can help telecoms operators take new innovations, new services to market without having to jump over the huge capex hurdle," says Craig.

Key to this is the availability of consumption-based services, allowing telcos to buy what they need and scale up at a later date.

At the start of this year HPE announced that Japan's Optage, a fibre network operator and MVNO, is trialling 5G services based on its HPE 5G Core Stack, an open, cloud-native, container-based 5G core network software stack that it says can be deployed in a matter of hours. Customers, like Optage, can deploy it on a pay-as-you-use basis with the HPE GreenLake edge-to-cloud platform, enabling them to roll out a 5G core with little upfront investment, since costs are aligned to the number of subscribers. As HPE puts it, the HPE 5G Core Stack is designed to drive automation, provide agility, and accelerate 5G service deployment.

Operators do need to invest in 5G core technology to fully realise the potential of 5G, and there is always going to be an upfront cost associated with the move towards zero-touch, for example, albeit one that is likely to be outweighed by the ongoing opex benefit. But making these investments incrementally makes them much more palatable.

Things are moving in the right direction, but change is not going to happen overnight.

For a telco, not having to buy the ticket in a single hit makes it much easier to take the first steps.

The strategic imperative of telco automation