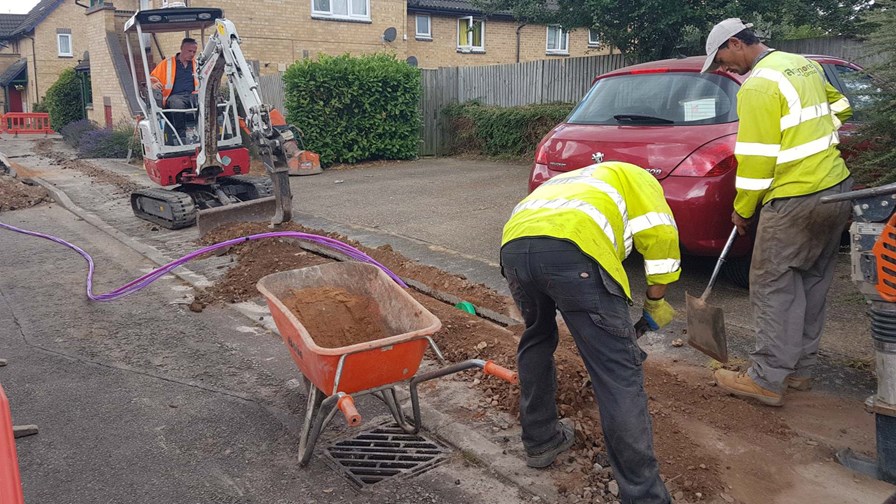 Just a week or so after confirming that Vodafone would be relieving BT/EE of the task of providing Virgin Mobile with its MVNO capacity, Vodafone has announced a fibre deal with Openreach.

This might be  a sign that Openreach really has become a commercially independent entity since it’s been levered away from BT. Or perhaps it shows that the UK market is starting to become ‘horizontally’ aligned (where everyone buys capacity or fibres off everyone else); or both.

Certainly it’s another sign that the race is on to build or attach customers to as much fibre as possible before somebody else does.

What’s changed? The UK government has been dishing out incentives to dig, keen to position itself as an enabler of new technology for the masses plus business. This is a British political trait that goes right back, past Harold Wilson in the 60s with his “White heat of the technological revolution" speech, and on to James the First of England who championed the new media printing press and gave us a Bible in English.

But something else has happened recently. Streaming. The likelihood that a reasonable proportion of the population will adopt fibre to feed streaming services to tap things like Apple TV and Disney+ on top of Netflix and all the terrestrial TV channels, has no doubt risen to the point where a bet on FTTH looks like a no-brainer.

Vodafone Gigafast Broadband gives users download speeds of a family-friendly 900 Mbit/s - allowing everyone to stream their favourite films, play online games or upload videos and photos across multiple devices with almost no time lag or buffering – all at the same time.

Customers in Birmingham, Bristol and Liverpool will be first and the service will grow as Openreach expands its footprint and is available to 500,000 premises in these locations by mid-2021 under phase one of this strategic agreement with Openreach. The agreement includes an option for further phases that could extend coverage to other places, says Vodafone.

That makes Gigafast Broadband currently live or planned in 15 cities or towns. Vodafone has previously announced 12 other fibre roll-outs under its complementary agreement with CityFibre, the UK’s largest alternative provider of wholesale fibre network infrastructure. So far, Vodafone Gigafast Broadband has already gone live in Aberdeen, Bournemouth, Coventry, Huddersfield, Milton Keynes, Peterborough and Stirling, with additional places to follow this year and next.