G.fast gets its first customer in Austria, full commercial deployment in 2016 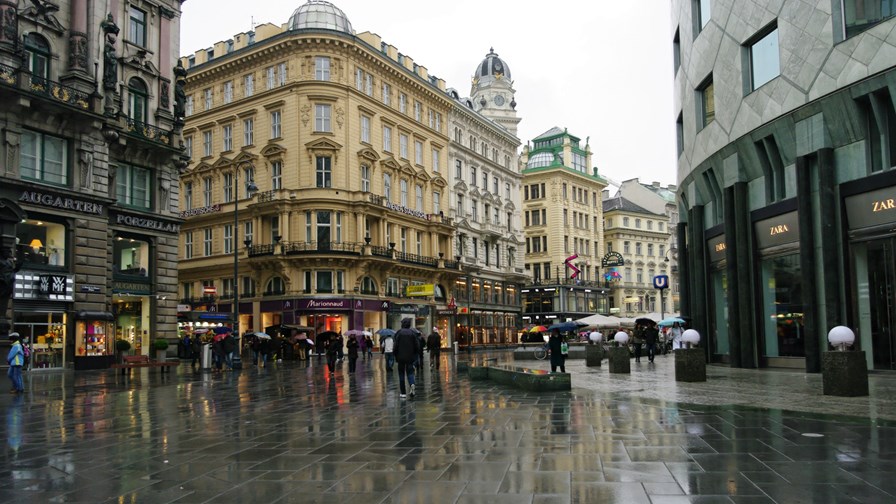 Vienna has thousands of old, multi-tenant dwellings: candidates for G.fast. via Flickr © Emmanuel Dyan (CC BY 2.0)

It seems like G.fast DSL has been coming - real soon now - for decades. But like Bart Simpson it stays defiantly in short trousers, year after year, permanently at the pre-adolescent stage.

Well, yet more trials for a start. But there is progress. Telekom Austria has just announced today that its first real customer has been connected in Vienna to what's now called 'G.fast ultra-broadband' using Alcatel-Lucent kit. This technology has been demonstrated at data rates of more than 100Mbit/s per household using existing copper lines.

Telekom Austria is careful to explain that it plans to selectively deploy G.fast alongside, rather than instead of, fibre to the home (FTTH).  It is essentially a hybrid technology with fibre delivering real high-speed broadband to the building (FTTB) and G.fast handling the final few hundred feet via the building's existing copper wiring, thus avoiding any costly re-wiring work.

This approach is especially useful in larger, older European cities, such as Vienna, where there are lot of historic multi-dwelling buildings which don't take kindly to men with drills tearing their way through the stonework. The telco says the G.fast deployment is associated with a 'long-term' vision to eventually provide fibre into each individual living space.

It may only be copper, but Hannes Ametsreiter, CEO Telekom Austria Group says the technology will "enable us to offer urban area data rates ten, even up to twenty, times higher than before. Fibre to the home remains our long term vision, but we consider G.fast as an intelligent interim solution until fiber will have a similar coverage as we have with copper now. Potential interferences at high data transmission speeds can be eliminated with G.fast by creating a compensating signal," he claimed.

But doesn't this just move the fibre conundrum on 5-10 years, at which point another interim solution will have to be found because fiber will still be too disruptive and expensive to deploy?

It's all a question of timing. Telekom Austria claims that in Vienna alone there are tens of thousands of old buildings where customer premises wiring would only make sense within the framework of a more comprehensive renovation.

The idea is that 'fibre to the living space' might subsequently become viable at any point if building renovation of the staircase and stairwell of the building were being planned. In that case a quick fibre install could be slipped in as well. "It will be up to the tenants to decide whether to install a fibre connection all the way to their living spaces," Ametsreiter continued.

Currently, G.fast is still in a testing phase and the launch of commercial operations is expected in 2016.