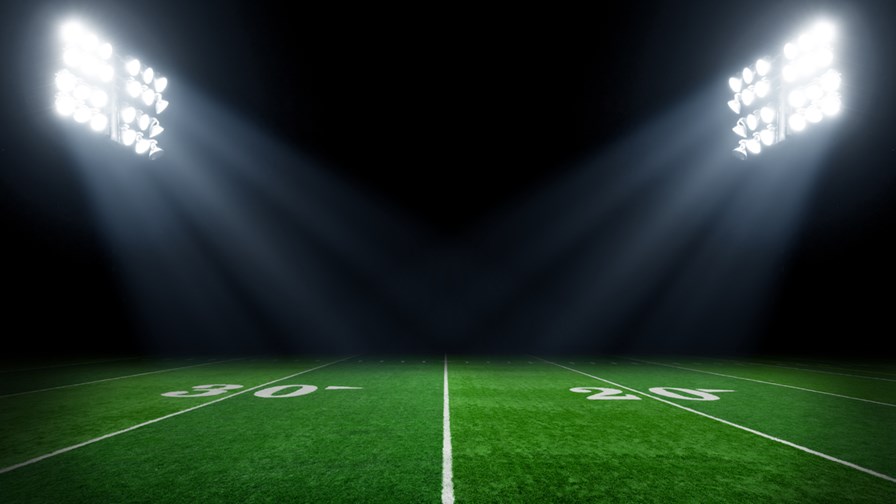 A 5G-powered collaboration between Verizon and Cisco for stadiums and venues and further evidence that the world has lost the plot are the lead items in this cornucopia of news niblets.

Verizon Business and Cisco have joined forces to combine the operator’s 5G services and multi-access edge computing (MEC) capabilities with the vendor’s Sports and Entertainment portfolio to provide “safer in-person experiences” at entertainment vendues and sports stadiums. “The joint solution integrates with a variety of Cisco innovations including: Cisco DNA Spaces for secure location analytics, Cisco switching and data center technology, connected venue analytics and more. The 5G and MEC environments will help deliver near real-time enablement and experiences,” noted Verizon in this announcement.

If online media 'influencers' are one of the banes of modern society then 'child influencers' are prima facie evidence (as if we need any more) that the world has gone barking mad. Social network sites promote content that can make children famous and incredibly rich, even when they are far too young to understand money and could (heaven forfend) be exploited behind the scenes by adult puppet masters. To counter the possibility, the French government is introducing a law that will regulate the hours those under-16 can work online and will also oversee what happens to the money they earn (henceforth it will go into a protected bank account until the 'influencer' turns 18 when they can go out to buy several yachts). Influencers from toddlers through to adolescents will also be protected by a new "right to be forgotten" - which most of them surely will be, preferably tomorrow. Child social media 'personalities’ can make big money: Russian-American Anastasia Radzinskaya, who has recently attained the age of six, earned US$18 million last year; whilst Ryan Kaji, an eight year-old Texan who "reviews" toys, earned $26 million. 'Nuff said.

Open RAN was already a hot trend in 2020, but accelerated activity by operator supporters and the industry bodies driving Open RAN development have turned up the heat even further. In order to develop technology designs and processes more quickly, and to better suit the needs of operators, the Telecom Infra Project (TIP) has merged its OpenRAN and OpenRAN 5G NR Project Groups and unveiled a “revised charter” that will “accelerate the development and deployment of OpenRAN solutions across 2G, 3G, 4G and 5G NR.” While greenfield operator Rakuten Mobile has been generating many of the Open RAN headlines this year with its greenfield 5G deployment (which has just gone live), most operators want multi-generational capabilities that encompass all of their existing cellular footprints, and TIP has reacted to that need. Find out more in this blog.

TIP has also highlighted just how much Open RAN activity there is now around the world: It notes in this wide-ranging announcement that network operators in Turkey, the UK, Ireland, Mozambique, South Africa, UAE, Indonesia, Malaysia, Bangladesh, India, Russia, Peru, and the Democratic Republic of Congo (DRC) have Open RAN trials underway, a far cry from even six months ago. And with more and more vendors developing Open RAN-specific products, technology maturing and the costs of deployment starting to dip as economies of scale kick in, that list of countries and the number of operators involved is set to grow even faster. And the operator names driving developments are at Tier 1 level: For example, Deutsche Telekom, TIM (Telecom Italia), Telefónica, Orange and BT recently completed tests with almost 30 vendors at Deutsche Telekom’s joint Community Lab & O-RAN Open Test and Integration Center (OTIC) in Berlin. Watch out for more Open RAN news on TelecomTV in our new Open RAN channel (including today’s news of Mavenir’s IPO plans).

Climb every mountain… The UK government's 'solemn' 2019 General Election campaign pledge to have every home in the country linked to a high-speed fibre comms network by 2025 looks likely to be missed by many a country mile and suburban street. A new report from think-tank, the Social Market Foundation (SMF), says the Johnson administration has "a mountain to climb" and that the only chance of hitting that target will be if far-reaching "demand management" changes are made to broadband policy. These would have to include lowering the risks associated with investing in new networks on the part of telcos, CSPs and DSPs and providing a framework that would ensure consumers can afford to migrate to more expensive new services. The SMF also says that both national and local government should pay for full-fibre broadband into buildings such as hospitals and schools, to encourage industry investment by providing "certainty of demand".

The EC has made commitments offered by Broadcom legally binding under EU antitrust rules after the chip vendor pledged to “suspend all existing agreements containing exclusivity or quasi-exclusivity arrangements and/or leveraging provisions concerning Systems-on-a-Chip (SoCs) for TV set-top boxes and Internet modems, and has committed not to enter into new agreements comprising such terms.”

The European Court of Justice has ruled that member states cannot collect mobile and Internet data en masse, deciding that it's illegal to gather such "general and indiscriminate information."

Is it just me, or does this 5G handset feel hot to you? Telcos and handset manufacturers are up in arms about a proposal sent to the ITU by the Telecom Standards Development Society of India (a standards body that wants a sub-continent specific 5G standard) asking it to increase the power transmission level of 5G handsets from 23 dBm to 26 dBm so that coverage can assured across the whole of the country, including huge and currently underserved rural areas. Opponents of the proposal say boosting the power transmission level will increase the specific absorption rate (SAR) level of a mobile handset beyond the 1.6 watts/kg level currently mandated by the government and will exacerbate health risks. They also claim the changes would involve the redesign of hardware in mobile devices and base stations, making them more expensive and so damaging the 5G business case.

Equinix has announced the availability of Equinix Metal in its International Business Exchange data centres across four major metro markets (Amsterdam, New York, Silicon Valley and Washington, D.C.), with plans to expand this to 14 metros by early 2021. Equinix Metal is an automated and interconnected service that allows customers to deploy physical infrastructure “at software speed.” Equinix states: “Together with other digital infrastructure building blocks in the Equinix portfolio, customers now have a broad range of physical and virtual deployment alternatives to place infrastructure wherever they need it and connect to everything they need to succeed.” An international enterprise cloud at your digital fingertips, one could say. Such a proposition would have been vapourware not long ago: Equinix notes that at least some of the capabilities enabling it to offer this service came with the acquisition of Packet. For more details, see this announcement.

Still with Equinix… It is to deploy a new Nokia IP/MPLS network infrastructure, featuring the vendor’s FP4 routing silicon, to support its global interconnection services. For more details, see this Nokia press release.

Apple is expected to announce the 5G-ready iPhone 12 during a digital presentation set for 13 October.

Keep an eye on MATRIXX Software. It has reinforced its executive team with a former senior executive from Jasper Technologies, has promoted internally to appoint a chief customer officer (CCO), and given founder Dave Labuda the title of chief scientist, so he can focus on the technical innovation that is making MATRIXX one of the prime choices for next-gen BSS deployments at service providers that need top level performance for their digital and/or 5G-supporting platforms. I can’t imagine this company will be an independent outfit for much longer – it looks like a prime acquisition candidate. Read more.

Here’s an interesting development from Ribbon: It is offering the software version of its session border controller (SBC) technology on a pay-as you-go basis via AWS Marketplace. Quite how attractive that might could depend on how much you have to pay as you go… but the model is undoubtedly the right one. Read more.