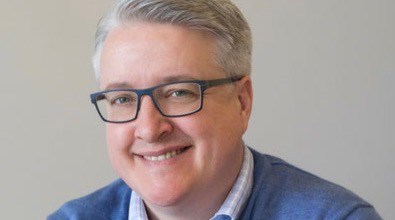 Following a year of near silence, MobiledgeX, the edge computing management specialist launched by Deutsche Telekom in early 2018, has resurfaced with new partnerships, new investors, additional operator engagements and a platform upgrade, but the same CEO it had from day one.

Jason Hoffman, who was hired by Deutsche Telekom from Ericsson as President and CEO to start the company and ‘further explore the opportunities of edge computing,’ is leading the company into the 5G Edge era with the same mission as he had three-and-a-half years ago – to provide network operators with the “trusted control plane… the common orchestration layer” for edge computing assets.

The software that Hoffman and his team want operators to use is the MobiledgeX Edge-Cloud platform, which is now in its third iteration. (See MobiledgeX platform update brings choice and control to mobile network operators deploying to public clouds.)

But the use cases the company has focused on has shifted somewhat since Covid-19 changed the world: The company had been making strides with location-based, edge-enabled gaming use cases but pandemic lockdowns and the change in work habits led to a shift in use case focus to smart city, transportation and supply chain management and “just getting the use cases to shift to 5G… I decided we would hunker down and be quiet for the year – I mean, it’s a bit rude to talk about stuff when there’s a pandemic going on,” muses Hoffman.

Not the time has come for MobiledgeX to start talking again, it seems: As well as the new version of its platform, the company has teamed up with Mavenir and its parent Deutsche Telekom to show how cloud-native 5G User Plane Function (UPF) instances can be deployed at the edge of the network on any kind of private or public cloud, and also outlined its support for Google Anthos as an edge cloud infrastructure suitable for network operator edge deployments. (See Mavenir and MobiledgeX enable global edge connectivity with Deutsche Telekom and MobiledgeX launches beta program for orchestrating edge computing workloads on Google Cloud’s Anthos.)

And Hoffman has been busy behind the scenes corralling industry support and backing for the MobiledgeX mission. “We brought on five strategic investors… the two that joined the board were Samsung and VMware,” while SK Telecom, World Wide Technology (WWT) and venture fund Odin also backed the company, he notes (without revealing any financial details).

Meanwhile, work with multiple network operators, either directly or through industry organizations, has been ongoing. Hoffman says MobiledgeX now has “installations with 18 mobile operators,” with broad deployment of its software in Germany and Japan in particular, but also in South Korea, across Europe (Telefónica is one of its customers) and in Canada. Overall the company has its software running in 12 countries covering about half a billion mobile users, says the CEO, who adds that the operator engagements are now starting to generate revenues.

And while all of that’s been happening, the broad relationship between telcos and cloud platforms has shifted, of course. “One of the big differences in the past year is just the inevitability of everybody working with Amazon, Microsoft, Google, and that's been actually quite good for us as well because it tends to be that when an operator does an announcement with an Amazon, Microsoft or Google, we tend to close our part of the deal very soon after that, because we sit as a layer on top. We’ve done some announcements with each of those guys and we support Google Anthos, AWS Outpost, Azure Stack, in addition to VMware and OpenStack, and we ourselves do our all our development on those public clouds…  and there's nothing like a good old migration for people to actually get their act together.”

After that it’s a case of helping the operators to get the public and private edge cloud instances to all work together, because each of the hyperscalers do things in different ways – “it’s difficult to really group them together,” notes Hoffman.

And after all the years of talking about telco cloud and edge, this is when the rubber hits the road for the network operators. “Edge is the third attempt at doing cloud internally… cloudification has to be successful this time,” notes Hoffman, following the efforts with hosted VMs, which weren’t actually used for the network, and NFV infrastructure, which was used for the network but “never offered to external people.” So this time, with edge, “if there’s one big lesson to learn from Amazon, Microsoft and Google, it’s that you have to be an end user of what you do as well as offer it to other people – you have to think of your network as a killer use case for edge.”

Hoffman says MobiledgeX is also now benefitting from operators understanding just how useful it is to have a single software platform, a common orchestration tool, that can be used across public and private clouds and which does things that you can’t get from the regular technology market.

“Because we were founded by DT, by a network operator, our perspective has always been to develop things that other people don’t have but that we [Deutsche Telekom and other operators] need and that others aren’t motivated to develop for us. So, for example, Amazon isn’t going to come forward with a control plane that makes it really easy to leave Outpost and move on to Google Anthos, but every network operator wants that! It’s like the problems with the traditional RAN vendors – they're not going to make it easy to move stuff around and move away and integrate with whatever. It makes rational sense that, when you're founded by an operator, you go make something that doesn't exist, but that all operators need, because the current vendors don't do this – and that's exactly why an operator should start a company, because then you’ll tend to see initiatives like ours… We've actually seen for a lot of the traditional vendors who had something like us and were pushing it and they've just stopped those efforts,” adds Hoffman, who namechecks Ericsson’s Edge Gravity as an example of an edge initiative that wasn’t open enough for operators.

As ever, Hoffman’s not short of views to share: For example, he struggles to understand why operators are always asking about the killer use case for 5G. “The killer use case is connectivity, for God’s sake, just like it was with 4G – I’m sorry you’re still going to be in the connectivity business, but just because you want to do other stuff that doesn’t mean you stop improving what you do, and it may seem boring but one of the great use cases for edge is 5G, and one of the great use cases for 5G is connectivity,” he says.

And what’s next for MobiledgeX? Hoffman says the number of operator installations will increase to 25 by the end of this year… and a lot of the operators are starting to move past just a few sites and saying they want to nationwide with use case X and they want to do use case Y, so we’ll help them to make that happen.”

It’s not quite the world domination within two years that Hoffman had in mind at the beginning of 2018, but edge strategies are just now starting to get some meat on the bones and with multiple operator engagements already up and running, MobiledgeX looks like it’s set to play an ongoing role in the development of the telco edge story.