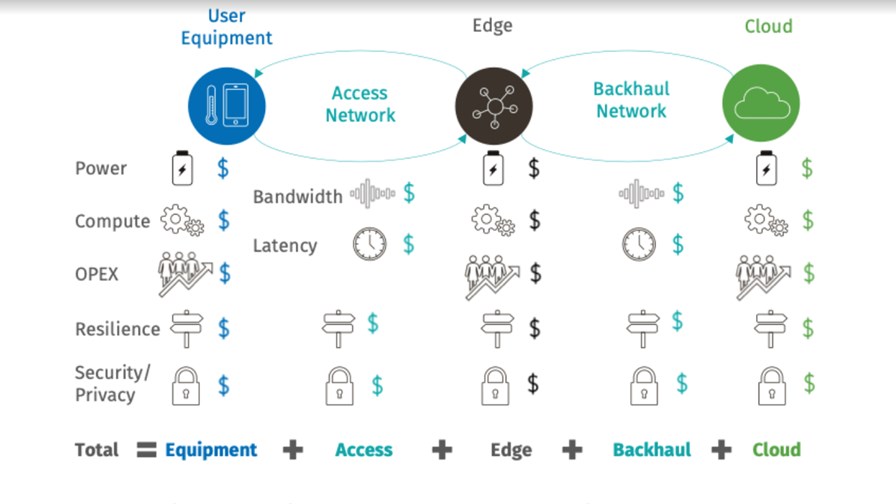 The Cloud Edge market looks as wide open as ever as big hitters from the vendor world swoop in to claim a presence. Recent arrivals include VMware and Nokia who claim they have new positionings to talk about.

In the UK VMware has teamed up with edge computing pioneer Ori Industries to solve one of the big cloud conundrums: How to adequately create linkage across different cloud edges so that users don’t feel themselves locked in to one provider.

The goal of the partnership is to facilitate an enterprise implementation of edge computing across hybrid, telco and multi-cloud deployments, say the companies, who claim that the interoperability of VMware Telco Cloud Platform and Ori Global Edge reduces complexity, increases service velocity, and manageability of cloud-native service delivery at the edge.

According to Robert Curren of Appledore Research, providing options going forward for customers is a key requirement.

“Users are always reluctant to concede control to a vendor or service provider,” he says. “They often feel they have a growing and unpredictable avalanche of data coming in [from their campus, say] which needs to be processed. They don’t want to find themselves stuck with an inadequate cloud edge solution up the track.”

Having a fully-functioning edge facility that connects to any cloud environment from telco to hybrid to multi-cloud is an important way to allay that fear since users can theoretically contract extra applications or capacity on an adjacent cloud.

The Ori Global Edge on VMware Telco Cloud Platform uses multiple points of presence (PoPs) that connect to the CSP infrastructure at one end and different clouds on the other end. This means CSPs can offer multi-access edge computing (MEC) capabilities and reduce their backhaul costs through intelligent workload placement, it’s claimed (read more about this solution here). It has also released VMware Edge at VMWare World which it described as a  product portfolio that will enable organizations to run, manage, and better secure edge-native apps across multiple clouds, anywhere.

At the other end of the ‘cloud-to-edge-to user’ continuum is Nokia, which - typically for the Finnish company - has gone for a more premises-oriented solution with its just-released Industrial Edge, an offering it describes as the "first off-the-shelf, mission-critical Industrial Edge to accelerate the enterprise journey to Industry 4.0."

One of Nokia’s differentiations with this one is that the solution is priced ‘as-a-service’ based on consumption, which provides a welcome low-cost entry point, scalability and full control over data.

The drumbeat urging organisations to take their applications to the telco network edge “ignores the very obvious ability for an enterprise to install their own server on their premises and run software on it (something they have done successfully for years). And why not?” asks Appledore Research‘s Francis Haysom.

Nokia says it’s following an ecosystem-neutral approach so enterprises gain real flexibility and may swiftly adopt edge innovations from the public cloud, industrial partner cloud and industrial ISV applications, given their ability to wander about in the cloud and add specialist applications to their software estate.

The key point is that only the demanding industrial workloads, requiring fast processing and lightening response times (and of course high reliability) need have space reserved for them on the speedy on-premises industrial edge. (More information is available here).

Differentiation is certainly what’s needed as the edge market heats up.

“Everyone is in the game now and there’s a lot of movement,” says Robert Curren. “And that agility is also important for telcos, who need to expand their offerings and create reasons for users to shoulder the expense and take the risk involved in moving to the cloud. Users want an advantage that might provide a final push to make it worth doing,” he says.