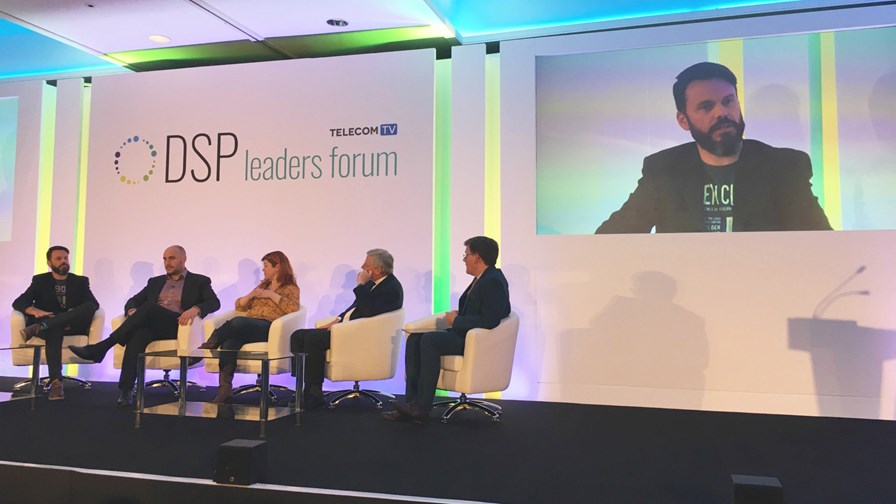 Today sees the first day of the inaugural TelecomTV DSP Leaders Forum. One and a half days of fun, frolics and industry fortune-telling  - all with the serious purpose of getting our telecom leaders to loosen up and tell us what they really think.

To make that work we’ve asked that they leave their techno-babble and commercial agendas at the door before sitting down before our cameras  (yes, you’ll be able to view much of what’s going on today and tomorrow, just as soon as we’ve had time to censor and edit it).

We’ve so far covered a couple of sessions worth of issues, all of them to do with telcos making that necessary and yearned-for transition to next generation, digital service providers. We’re trying not to talk technology too much (only if they feel they have to) because that’s the problem really, or as our collaborator, Chris Lewis said in his introduction, there’s a tendency for telcos to hide behind the complexity. Any problem, the technology tends to be both the cause and the excuse.

So like the hedgehog we are, we know that one thing. The technology is not the issue... or not primarily the issue. Our job is to get our foxes (who know many, many things) to direct themselves to strategy, customer focus and the need for open and collaborative approaches if they want to help take their organisations around the next bend in the race to...  no, not 5G.. profitable growth.

Of course they already know all that. So this is a chance for them to give the rest of us their insights; share their plans (as much as they are able); and maybe even surprise themselves as they do some human networking with their peers.

So what are the issues? What have our foxes been grappling with so far?

We kicked the day off with one of the big background issues: The Public Cloud and its inexorable rise. Our TelecomTV coverage over the last few months has been peppered with news of telcos pulling out and selling off their data centres, judging that they can’t compete with the Web Scale cloud guys in terms of services.

What excited most interest (and some dissension) in this cloudy area was, of course, the ‘edge’. What is it?  How should it be approached? Will it be the thing that gives 5G its real value.

According to Metaswitch CTO, Martin Taylor, aspiring DSPs need to approach the edge with an open frame of mind and more. “Telcos need to attract developers. If they try to dictate and develop their own edge environment they’ll fail,” he said.

All the panelists and most of the audience (the two groups are close to one and the same here) agreed that the ‘edge’ was a very amorphous term... to the point of being near meaningless.

The whole issue was very complex. Where was the edge? Any definitions?

The consensus was that trying to forge an iron set of definitions for edge or different types of edge was barking up the wrong tree. The edge, it was decided, was a continuum. In reality it can be anywhere between the cloud and customer. Workloads could be distributed along the continuum to make an application work.

It was clear that management and orchestration of the edge is extremely complex and nowhere near resolved.

According to BT’s Chief Architect, Neil McRae, talk of the edge to customers is currently a distraction more than anything else.

If we can’t even properly define network slicing or edge services yet, then we have nothing to sell anyone who comes to ask for it, he said. Probably best instead to talk about applications and leave edge or slicing out of it.

Technology again, getting in the way...