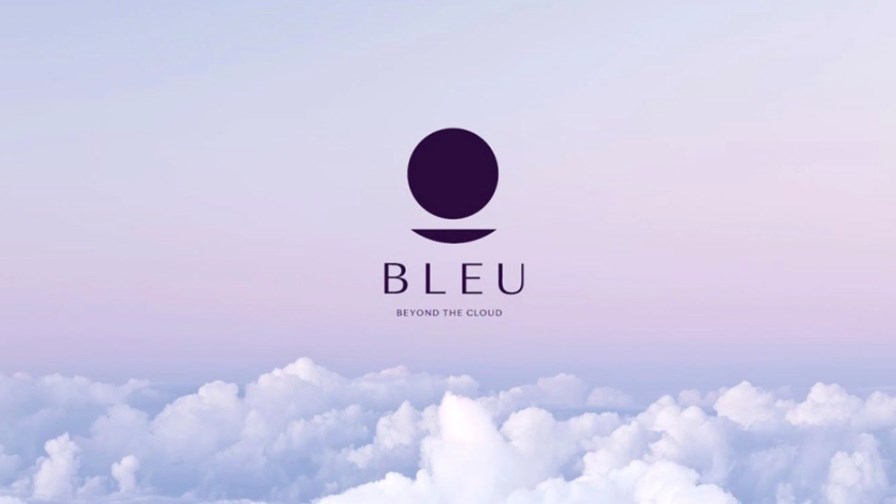 Orange and Capgemini are setting up a new company called ‘Bleu’ that will provide a Cloud de Confiance, a “sovereign cloud platform that complies with the French State’s doctrine that requires SecNumCloud certification from the French National Cybersecurity Agency (ANSSI), as well as compliance with legal provisions.” The underlying cloud platform and some applications will be provided by Microsoft Azure. Bleu “will offer its solutions to Vital Importance Operators (OIVs) and Essential Service Operators (OSEs), the French State, public agencies, hospitals and regional authorities whose sensitive data and workload require a Cloud de Confiance platform tailored to their needs. Bleu will offer Microsoft’s secure cloud technology including the modern collaboration and productivity solutions of Microsoft 365 and the services available on the Microsoft Azure cloud platform, delivered via an independent environment, to ensure that customers benefit from the widest range of the latest technology innovations,” noted the partners. Bleu will ultimately join the Gaia-X initiative of which both Orange and Capgemini are already members. For further details, see in this press release.

More from the giant French telco… Orange Ventures has launched Orange Ventures Impact, a €30 million fund that will provide young French and European startups in the environment, inclusion or CareTech sectors with seed stage funding. “Each project will be subject to a precise analysis via the definition of specific impact indicators, in addition to the financial analysis usually conducted for venture capital. This new vehicle will initially invest between €750,000 and €3 million in each round of financing,” noted Orange on this announcement.

Open RAN champion Mavenir says it can offer its broad range of 5G capabilities, from core to radio access network functionality, on the Amazon Web Services (AWS) public cloud platform.  The collaboration enables network operators to use Mavenir’s technology “with AWS’s computing infrastructure, state of the art container deployment and management technologies, and big data analytics services. The solution is designed to scale and leverages the same tools and technologies offered by AWS to enterprise applications today,” notes the vendor in this announcement.

Colt Technology Services is upgrading its global IQ Packet Network with a range of transport network technology from Cisco, including the vendor’s Silicon One packet transport networking chips, Segment Routing MPLS software and 400G OpenZR+ pluggable optical components developed by Acacia, the optical specialist that Cisco recently acquired for the renegotiated price of $4.5 billion. “As part of this initiative, Colt is leading the industry in the trial and adoption of Acacia’s 400G OpenZR+ technology for long-haul inter-metro connections greater than 200 km,” noted the operator in this announcement.

T-Mobile Netherlands has selected Nokia to supply a “wide range of managed services including automated network and security operations, as well as a service-centric optical network over the course of the five-year rollout.” Read more.

We all know that telcos buying major media and ‘content’ houses usually doesn’t work out, right? Just looks at the strategic reverses that AT&T and Verizon have made recently. But what about a hyperscaler buying a movie studio? That makes more sense when the hyperscaler is Amazon, which is fuelling its Amazon Studios film and TV production unit with the $8.45 billion acquisition of MGM (Metro Goldwyn Mayer), the 97-years-old movie studio that has more than 4,000 film titles (including the James Bond movies, Raging Bull, Shaft, Westworld, Where Eagles Dare, Kelly’s Heroes and many more classics) and more than 17,000 TV shows (Fargo, The Handmaid’s Tale) in its catalogue. Who’s ready to pay more for their Amazon Prime subscription, then? Read more.

As more and more of the world is enveloped in an invisible cloak of ambient Wi-Fi signals, scientists have been looking at ways to turn the RF signals swirling about us all into useful green energy. Now, as the academic publication Nature Communications reports, researchers from Tihuka University in Japan and the National University of Singapore have run Proof of Concept (PoC) experiments to show that it is possible, under laboratory conditions anyway, to convert Wi-Fi signals into DC electrical power. Such energy-harvesting technology, refined and commercialised, would change the world by removing the need for batteries. However, that is a far distant prospect and the PoC, whilst astonishing, was also modest in scope, producing sufficient energy to power just a simple LED. The concept is based on the application of spin-torque oscillators, a class of emerging spintronic devices that offer a wide range of high-frequency applications including wireless transmission and reception. In the experiment, eight spin-torque oscillators were placed in an array together to increase their power and change frequencies. They converted 2.4 GHz Wi-Fi electromagnetic radio waves into an electrical current, which was fed to a capacitor to light a 1.6V LED. A five second charge period was sufficient to power the LED for 60 seconds.

Almost 70 years after the dawn of the "New Elizabethan Age," when British kids were reading about the UK's grand plans for space stations and trips to the moon and politicians were enthusing about spending the money necessary to do it for real, things are looking up (sort of). In 1950s comic books and on good old "steam radio," Dan Dare and Jet Morgan zoomed off on their interstellar adventures from spaceports in places such as the Scottish Highlands and the English Lake District where, for much of every year, fogs descend, gale force winds howl, rain lashes, blizzards rage and visibility is less than 30 feet. Of course, the plucky Brit comic book heroes went ahead and launched anyway. "To Invercockaleekie and beyond!" they cried as they rammed their way through hundreds of thousands of feet of cumulonimbus. And now, this very week, and at last, two regulatory bodies, the UK Space Agency and Civil Aviation Authority, have defined and published the legal parameters that will allow commercial space exploration and exploitation companies to launch vehicles from home soil. Although, given that proposed spaceport sites are in Kernow, Cambria and Caledonia, (Cornwall, Wales and Scotland) and given the current impetus towards independence in various parts of the United Kingdom, it may not be home (i.e. English) soil for long. It is "hoped" that flights will commence sometime in 2022 or 2023. Grant Shapps, the UK's Transport Secretary, (after all, who else would have parliamentary responsibility for space programmes?) commented, "Since the start of the spaceflight programme in 2017, we have been clear that we want to be the first country to launch into orbit from Europe." But presumably not from the affluent, "not in my backyard" Home Counties of the South-East of England. Meanwhile, as far as geosynchronous satellite orbits are concerned, the optimum launch site is from as close to the equator as possible. A quick look at the 1953 edition of the "Boys Own Atlas" shows that the Shetland Isles were a tad north of the equator then, and they still are.