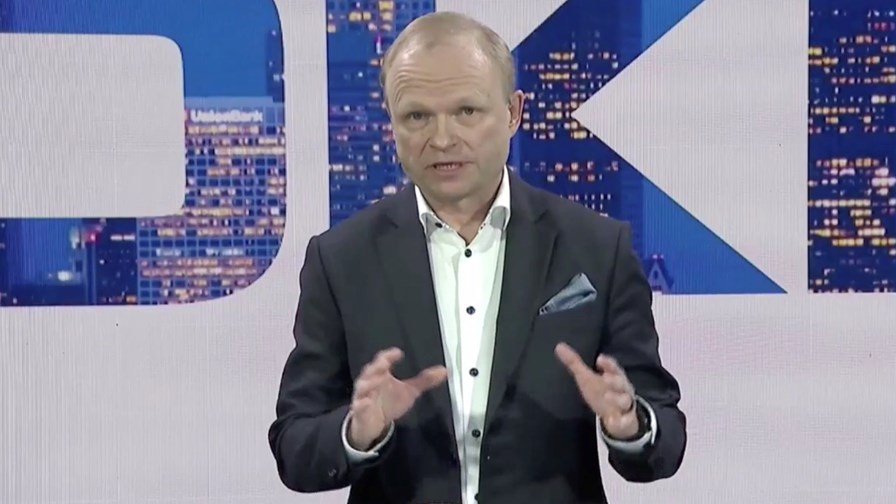 Encouraging noises from Nokia and two meaty partnerships are the pick of today’s news bunch.

Nokia has set investor pulses racing today with news that it “expects” to raise its financial guidance for the year following a strong second quarter, though it hasn’t identified its new expectations: Previously it had forecast full year sales of €20.6-21.8 billion and a “comparable” operating margin of 7-10%. The company says it will provide details when it unveils its second quarter earnings report on 29 July. “We are progressing well with our three-phased plan to achieve sustainable, profitable growth and technology leadership laid out at our Capital Markets Day in March. Our first half performance has shown evidence of this in good cost control and also benefited from strength in a number of our end markets. We continue to expect some headwinds in the second half as we have previously highlighted but our performance in the first half provides a good foundation for the full year,” noted CEO Pekka Lundmark (pictured above). The news lit a fire under the vendor’s stock, which is up by 8% to €4.99 on the Helsinki exchange: For the calendar year, Nokia’s shares are up by a staggering 58%, which is encouraging for Lundmark, who took over as head honcho on 1 August last year, when the shares were worth €4.06.

Nokia, and its chief rival Ericsson, might be benefitting in part currently from the business and political challenges facing Huawei in many parts of the world, but the Finnish vendor will know that there are plenty of competitive and hungry tech suppliers wanting to step in and fill the void. One of those is NEC, which has emerged in 2021 as a much more dynamic international presence in the communications networking sector than at any other time this century. The Japanese tech giant’s latest effort to broaden its appeal comes courtesy of a tie-up with Microsoft: the pair have joined forces to offer up a broad range of technology options to enterprise users by combining the hyperscaler’s Azure cloud platform and Microsoft 365 unified comms platform, NEC’s networking and IT systems and services (including 5G functionality) and their respective IoT and AI smarts to “help enterprise customers and the public sector across multiple markets and industries further accelerate their cloud adoption and digital transformation initiatives.” Part of their joint pitch will be to offer enterprises a cloud-oriented, edge compute-enabled private 5G networking platform, something that competes directly with a key strength of the Nokia camp… Read more.

Verizon Business and Mastercard have forged a strategic partnership with the aim of enhancing consumers’ contactless payments options using 5G and cloud-based point-of-sale technology, among other bells and whistles. “Coupling Verizon’s leading global IP network and transformative 5G technology with Mastercard’s deep industry expertise, leading services and solutions, and a strong commitment to innovate, is a partnership that aligns perfectly with what we are striving to achieve at Verizon and one that can create game-changing solutions,” stated Sampath Sowmyanarayan, Chief Revenue Officer at Verizon Business. Read more.

Can nothing curb the inexorable rise and rise of Reliance Jio in India? It seems not, as the operator added a further 12 million subscribers to its rolls over March and April, while major rival Bharti Airtel signed up 5 million in the same period. In other words, Reliance is leaving its competitors coughing in the dust as it accelerates away. Reliance Jio ended April with 427.7 million mobile connections for a 36.15% market share, while Bharti Airtel had 352.9 million for a 29.83% market share. BSNL, owned by the Indian Government, has 117.2 million users but that number is slowly slipping. However, it is probably best to draw a discreet veil over Vodafone Idea, which is in precipitous decline in terms of both total subscribers and active subscriber market share, but still had 281.9 million connections at the end of April. Airtel is taking some comfort from the fact that it has a higher active subscriber rate (i.e. those who are actually using and paying for mobile service) than does Jio, but that will mean next to nothing if Jio keeps piling on more and more new customers every month, which it shows every sign of so doing: Airtel’s active subscriber rate was 98.3 per cent, Jio’s is 78.4 per cent, but it is increasing.

In the US, it costs AT&T customers US$85 a month to subscribe to the telco’s so-called and most-expensive “Unlimited Elite” tariff. Don’t be misled by the name, though, as the service is anything but unlimited... or at least it was. Until yesterday, peak-time data throttling was the norm, regardless of the fact the plan was marketed and sold as “unlimited”. With the Biden regime now working to restore net neutrality in America, telcos are looking over their shoulders and don’t like what’s looming up behind them. They will be thinking that it’s probably better to stop throttling high-rolling customers now and attempt to claim the moral high-ground before they are pilloried for their endless greed. Some hope! Just look at this self-serving statement from AT&T’s SVP of Wireless Marketing, Jennifer Van Bus-Kirk, “We listen to our customers, appreciate them and want to make it easy for them to get the most out of their wireless plans. With these Unlimited Elite enhancements, we are making it simple by automatically adding these enhancements for all our Elite customers – they don’t have to do a thing. It’s hassle-free for our customers as we continue to add value and simplify the wireless experience.” Devoid of irony, this homily was presumably presented with a straight face and nary a blush. By the way, Unlimited Elite mobile hotspot data remains capped. What’s more, AT&T isn’t the first US national telco to cease and desist throttling its best customers: T-Mobile US did the same a few months ago for is Magenta MAX subscribers. So now it’s just Verizon left with its posterior hanging out. It won’t be long before it too pulls on some new pants to cover its embarrassment.

Speaking of T-Mobile… A new report by analysis firm Opensignal concludes that, for the average subscriber, the mobile network is the best in the US in terms of services availability and download speeds. In June, T-Mobile’s download speed was clocked at 87.5 Mbps, well up from the 71.3 Mbps reported in April. Much of T-Mobile’s improved performance is down to its merger with Sprint, which was a strategic deal designed to provide viable competition to the behemoths of AT&T and Verizon. The merger brought a lot of valuable spectrum with it and is adjudged to be successful as download speeds and overall service availability get increasingly high marks. However, T-Mobile is an also-ran when it comes to mmWave 5G. The intent is that the technology will enable 5G connectivity at approaching gigabit speeds and although that point has not yet been reached, Verizon’s mmWave service knocks T-Mobile’s into a cocked hat. As the Opensignal report shows, Verizon’s average offering is over 618 Mbps while T-Mobile’s is 312 Mbps. Does this particularly matter? Maybe not. T-Mobile’s sub-6 GHz services are perfectly acceptable to the average user (after all mmWave generally is available only in certain closed environments such as sports stadia), and average users are the very demographic where T-Mobile is most popular. The operator currently focuses on customers in rural small town and suburban areas of the US, while AT&T and Verizon concentrate on (and are strongest in) cities and densely-populated urban environments.