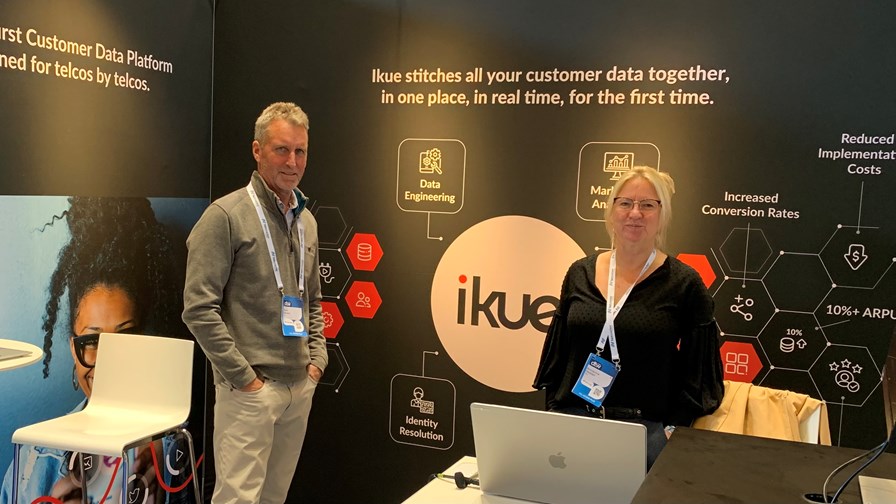 Copenhagen – Digital Transformation World 2022 – Telcos have always had an abundance of potentially valuable customer data at hand but, as many will know from the school of hard knocks, have consistently tried and mostly failed to gather, analyse and exploit it in a way that benefits both the service providers and their customers. The founders of UK-based startup Ikue (pronounced IQ) have experienced the challenges and frustrations associated with turning telco customer data into gold but believe they have found a way to turn an industry Achilles heel into a potentially lucrative strength.

The product in development at Ikue is its customer data platform (CDP) which, in a nutshell, pulls together all the data a telco has about its customers from the network, devices and applications, and provides the service provider with an up-to-date view of any customer through a single digital portal. The concept is not new and, surely, this has been done already, right?

It has been tried many a time by large operators looking to gain a competitive advantage through gaining that valuable view of the customer base, says Bronwyn Stoddart, the CEO, CTO and co-founder at Ikue. She knows this because she’s been at the sharp end of efforts to do just that during her decade at the Vodafone Group (including eight years at Vodacom in Cape Town, South Africa).

What she found was, at Vodacom and Vodafone and elsewhere, there were plenty of off-the-shelf products that could do parts of the process but nothing that could manage the critical data layer processing, so telcos were having to try to do that for themselves. In doing so, they were spending millions of dollars, eating up the time of countless data management and IT staff (at least two years, says Stoddart) and, in essence, were developing completely bespoke systems that, most of the time, neither delivered a useful end result nor could be used elsewhere.

So about two years ago, Stoddart decided it was time to develop something that could solve that problem and fill the gap in the market. The company has developed a platform that is “able to load any source of data, any structure of data into our customer service model,” she said. “One of the challenges is there is a myriad of systems in telcos due to the huge number of mergers and acquisitions [in the operator sector] and legacy OSS and BSS systems and applications. So our challenge was to create a product that would be able to integrate any data source into our predefined model, and it took a while for our engineers to get it right. On top of the model [we have developed] a significant amount of IP in terms of creating... a semantic layer that allows a business to understand the data in a business language,” she explained. “So we have a semantic layer with a data dictionary that enables any marketing user to understand what the data means and how they can use it”, while conforming to all the relevant privacy rules.

Inside telcos, the biggest challenge is that while a great deal of data exists, it is distributed all over the organisation, says the CEO, with customer relationship management (CRM) data sitting in one application, network-level data sitting somewhere else, and browsing and application data somewhere else. Pooling and then tying all that data together has been highly problematic and the internal efforts to create a single marketing source of truth about customers has resulted in the disjointed customer experience efforts that currently plague the industry. “We have solved the engineering challenge of stitching that data together in one place in real time, and this enables the marketers in the telco to deliver on the promise they've been making all these years of genuine levels of personalisation,” explained Stoddart.

The R&D work isn’t over yet for Stoddart and her team of about 30 engineers (many of whom are based in South Africa) but the company has already run some real-world telco customer data through its platform from one of its potential industry operator customers “and shown them the value of the insights and analytics we’re able to provide”. And, by the end of this year, she said Ikue will have a beta product running on Amazon Web Services (AWS) that is ready for a proof of concept (PoC) with a telco. (AWS is better set up for startups and quicker and easier than the other hyperscalers to deal with, she noted.)

That will be an important next step for the company and one that will require new and additional resources so, to enable that, the Ikue team has been beefing up its bank balance, according to Stoddart.

She said the company has just closed a seed funding round of £2.25m to add to its pre-seed funding of £400,000, which should help take the company to the end of 2023 in terms of what it needs to achieve without needing to generate any revenues.

And, wisely, the Ikue team is not going after the big telcos that take years to develop as customers and are targeted by the large cross-vertical customer data platform (CDP) vendors, such as Adobe and Salesforce. Instead, it is targeting Tier 2 and Tier 3 operators for a number of reasons. Stoddart notes that the Tier 1 operators continue to try to do things themselves internally, while, for the Tier 2 and 3 operators, the commercial upside to using the type of CDP Ikue has developed is much greater than anything they would be able to achieve themselves, and isn’t targeted by the major CDP vendors.

So what is the pitch and promise for those mid-sized operators? “That they achieve organic service revenue growth as a result of being able to deliver the customer marketing programmes that have long been promised but never delivered,” she concludes.

With all telcos looking for ways to boost their margins and make better use of their data, it’s likely Ikue will get some market traction in the coming year.