One to watch: Lumine Group 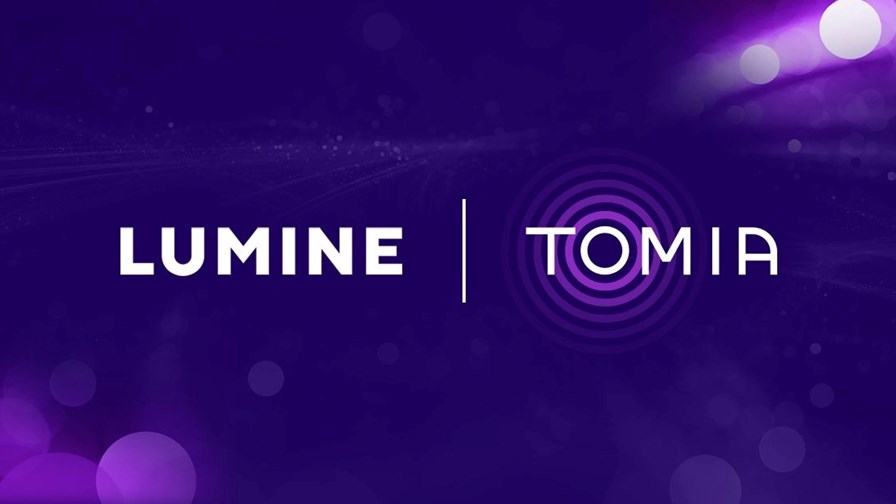 This is the first in an ongoing series of ‘One to watch’ articles, which will highlight companies, individuals, technologies, trends, perhaps even beverages, that TelecomTV believes are worthy of your attention

When the Lumine Group announced on 13 June that it had acquired Tomia, the news went largely unnoticed and unreported, possibly because in an industry that is bombarded with hundreds of niche announcements every day, the names of the protagonists didn’t stand out or cause a stir. But the development deserved more attention.

That the acquisition didn’t cause more of a stir is, in this editor’s view, mainly due to brand awareness – or lack of it. Lumine? Tomia? No bells were ringing...

As it turns out, Tomia is the name given to the combination of Starhome Mach and Telarix when they were combined several years ago, while Lumine is the ‘brand’ that was foisted on the communications and media portfolio of the Volaris Group in October 2020. Sounding more familiar?

Let’s start with Lumine. It’s had a busy decade, having bought 23 companies that specialise in the development of software for the communications and media industries, with seven of those acquisitions having been announced since the Lumine name was introduced. The M&A strategy is not the usual buy-strip-integrate approach – instead, Lumine aims to maintain each of its acquisitions as a standalone company, support those companies with a playbook of best practices for growth, and find synergies between them, especially when it comes to developing sales opportunities with the respective existing customers of portfolio companies.

Lumine is headed up by its Toronto, Canada-based president, David Nyland, who has been with the company since 2013: Previously he was the CEO at a couple of Canadian enterprise technology firms (Blueprint Software Systems and NBS Technologies) and prior to that held senior positions at a couple of telecoms software specialists (Syndesis, now part of Netcracker, and Architel Software Systems, now part of Oracle Communications).

Nyland’s team includes a couple of group leaders, who oversee a number of portfolio companies. The most relevant for the TelecomTV community is David Sharpley who, with his track record in the telecom software sector at Amdocs, Bridgewater, Oracle, MetaSolv and Nortel, has responsibility for Tomia and a number of other potentially familiar names that are now part of the Lumine group.

Lumine has plenty of financial weight behind it: It is part of the Volaris Group which, in turn, is one of six operating groups that are part of Constellation Software, a Canadian software and associated services company with annual revenues of more than US$4bn.

It's an eclectic collection of companies – all the more reason to not integrate them into one large corporate operation. And retaining brands, websites, identities and the goodwill of the acquired employees is important, right? It also makes them easier to sell, if the right bidder was to come along in the future, of course. [Editor's note: It turns out that making it easier to sell these companies isn't a consideration for Lumine... watch out for our follow-up article to find out why.]

So what does Tomia bring to Lumine? With more than 400 telco customers (including 30 Tier 1 operators), it’s one of the leading players in a vital sector of the mobile networking and services sector – roaming and network interconnect management and settlement. It was effectively formed in late 2018 when Vista Equity Partners acquired Starhome Mach to combine it with its existing asset Telarix to create a company that could manage the relationships between service providers as they connect with their peers and run voice and data traffic across each others’ networks.

Those are complex relationships that require large amounts of rules and policies to be implemented in real time and data to be collected and processed so that traffic can be managed, monitored and billed accurately and securely. Over the years, Tomia (as it was named in early 2019) has developed very particular capabilities, particularly related to the financial settlement side of those interconnect relationships, and built up a customer base of hundreds of mobile operators. Its competitors include the likes of Syniverse, BICS, Mobileum and CSG International.

The price paid by Lumine for Tomia has not been disclosed, nor have any details about Tomia’s recent financial performance or its headcount (we have asked questions – we await a response). That’s pretty standard practice for Lumine – it is not a great sharer of fiscal data. Neither is Vista Equity Partners, the previous owner of Tomia (it even still lists Tomia as a current asset on its website). But a quick dig into past reports, particularly from the well-connected Israeli business media, suggests Vista Equity paid an estimated $100m for Starhome Mach, so unless the business has shrunk or devalued or been run into the ground, Lumine should have paid a great deal more than $100m to secure Tomia.

What will be interesting over time is whether Lumine aims to build particular areas of expertise within the communications networking or media sectors: So far, its M&A strategy appears to be based on a particular set of criteria rather than trying to gain scale and market domination through a number of linked acquisitions.

So, watch out for Lumine’s next move because it doesn’t seem to wait too long between deals.