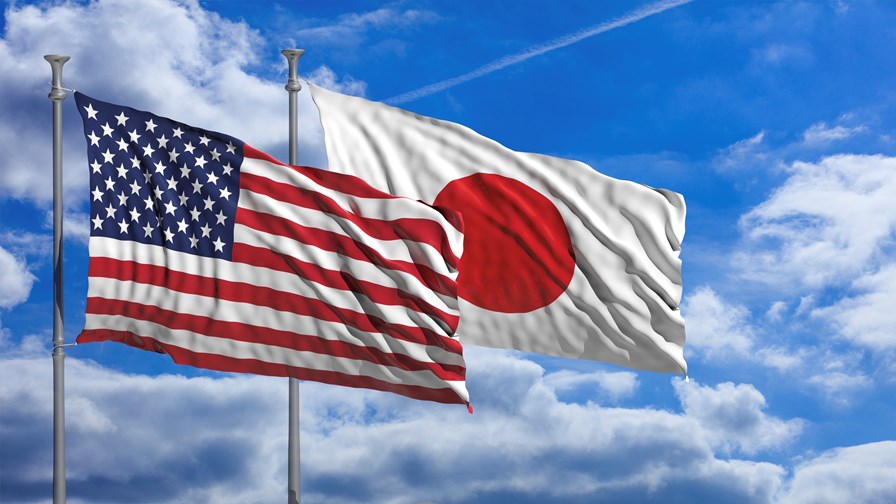 The US and Japan have declared themselves best industrial and high-tech buddies, and have pledged to push back against China and counter the global disruption caused by Russia’s invasion of Ukraine. The two countries agreed to establish a joint research centre for next-generation semiconductors as an opening move in what was described as the launch of a new high-level economic dialogue. The announcement came during a ministerial meeting in Washington DC, between the US secretary of state Antony Blinken, US commerce secretary Gina Raimondo and their Japanese counterparts.

That move comes hot on the heels of the bombshell US announcement last week that the Biden administration was preparing to fling billions of dollars of subsidy at the US semiconductor industry in an effort to ensure it remained on top of the global ranking for high technology: the roping-in of Japan can be seen as another turn on the screw to thwart China’s high-tech and industrial ambitions.

Last week, the US Senate passed a bill to subsidise the US semiconductor industry with around $52bn, plus a production and investment tax credit for chip plants estimated to be worth a further $24bn. The legislation will also authorise $170bn over five years to boost US scientific research and enable it to better compete with China. Part of that funding may be steered towards a new Japan-US research and development organisation, announced at the Washington meeting, whose mission is to establish secure sourcing of vital components – clearly very much a response to the current chip shortages and supply chain issues, and the realisation that a hostile China might, at some point in the future, be able to disrupt IT supply chains if care isn’t taken to protect them.

No coincidence that the thorny issue of Taiwan’s continued independence has just flared up again with the Speaker of the US House of Representatives Nancy Pelosi’s visit to the country. Taiwan is the primary source for nearly all under-10 nanometer chips, which are crucial for the manufacture of smartphones in particular. So a catastrophic component supply chain issue would arise should China attempt to invade or blockade the island. Securing the advanced tech supply chain is a top Biden priority.

There’s a historical irony here: The last time the US felt its technological hegemony was threatened, the alleged miscreant was Japan. Back in the 1980s, Japanese companies were accused of ‘dumping’ products, such as computer printers, on US and European markets and US auto workers were filmed wielding sledgehammers to flatten Japanese cars (which were also proving very successful in the US market). But if either side in this modern “economic dialogue” felt that irony, they didn’t show it.

Japan’s trade minister Hagiuda Koichi said that Japan would move fast to boost its next-generation semiconductor research and that “like-minded” countries (not China or its close allies) would be able to participate in the research hub as long as they subscribed to some core principles.

“As the world's first- and third-largest economies,” said secretary of state Blinken cited by Reuters, “it is critical that we work together to defend the rules-based economic order, one in which all countries can participate, compete and prosper.”