How Jon James slayed the Nuuday IT dragon 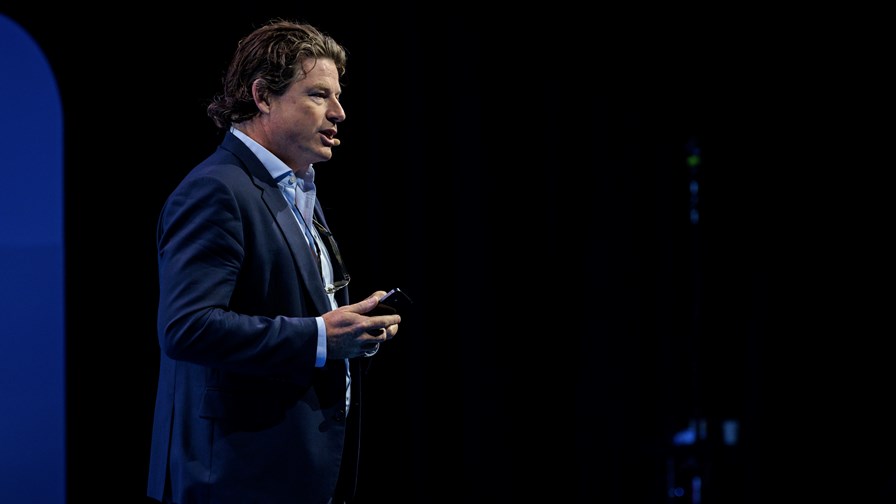 Copenhagen – Digital Transformation World 2022 – Danish service provider Nuuday, the servco subsidiary of Denmark’s national telco TDC, has a problem that will resonate with many other telcos around the world – its business is underpinned by a legacy IT system that is vital to the business but cumbersome, costly and getting close to the end of its life. So the major challenge that faced Nuuday CEO Jon James when he took on the role in June 2021 was how to haul the company’s IT systems into the modern, cloud-oriented age and become a truly digital, agile service provider.

During a keynote presentation here in Copenhagen, James noted that the IT system, known as Columbus, is a mainframe-based system developed by an in-house team in the 1980s and one that previous CEOs have tried, but failed, to replace. The British executive referred to Columbus as “the dragon in the basement” that needs to be fed and watered and constantly checked to make sure “it is still breathing” because it has been showing signs of running out of steam altogether. So in addition to being cumbersome, proprietary and expensive to maintain, the dragon was on the cusp of expiring and leaving the services offered by Nuuday’s nine retail and enterprise brands without IT support – a potential business disaster.

So James, who joked (or was it a joke?) that he was misled about the true state of the IT system before he joined, knew he had to do something quick to drag the supporting systems into the modern age. “It was clear we needed to break free from Columbus… it has been slowing down the business and holding back service innovation.”

He said if he had been faced with the same situation two or three years earlier, there would have been little option but to build an entirely new IT stack sourced from multiple suppliers while continuing to “feed the dragon with more sheep”, a move that would have been costly and fraught with risk because you never know what hurdles you will encounter in such a build and exactly how long it might take (but it’s not a quick option).

Fortunately for James, the telco IT world has changed over the past two to three years and running OSS and BSS functionality on public cloud platforms is now a viable option. And that’s the route that Nuuday has taken with help from a single telecom software vendor, Netcracker, which was named as the servco’s strategic partner for OSS and BSS tools as well as professional services in June this year.

While it wasn’t part of the June announcement, the public cloud platform that will support Nuuday’s new-generation telco IT system is Microsoft Azure, to which Nuuday data is already being transferred.

The option to have one supplier of software tools and migrate everything to the public cloud is a much quicker, simpler and more cost-effective option than building an entire new multi-vendor IT stack, stated the CEO, who claims the first support systems for Nuuday’s mobile services will be up and running in just 12 months.

But the move has to be very carefully managed and there are three key things on which the company must focus, he noted.

The first is a strict adherence to using the out-of-the-box systems that Netcracker is providing. “Customisation is the great enemy”, he stated, noting that any such changes have to be signed off by him (and that the only changes needed so far have been to tweak the systems to make them suitable for the Danish market).

Second, speed of execution is vital. “Doing it slowly can derail a project. The team involved need to see momentum and experience regular success to make this work,” noted James.

And thirdly, it’s important to keep in mind that “this is not an IT transformation – if we think of it that way, then it will fail”. Instead the project has to be planned and executed as a business transformation, one that will “help to make us a lean digital service provider that is not just the best in Denmark but one that is setting an example to our peers across Europe… the outcome should be radical in terms of cost, innovation and time to market,” added James.

Once the migration to the cloud is complete and the dragon has finally been slayed, James expects his team to then be able to turn its attention almost entirely to customer experience, service innovation and marketing. “We need to focus on being great at these things,” he noted.

So the dragon’s days are numbered, James is poised with his cloud-native sword and Nuuday should, if all goes well, soon be promoting itself as an example of a new-generation digital service provider that others might want to emulate, if they can break with tradition and commit to the Netco/Servco split on which TDC gambled in 2019.