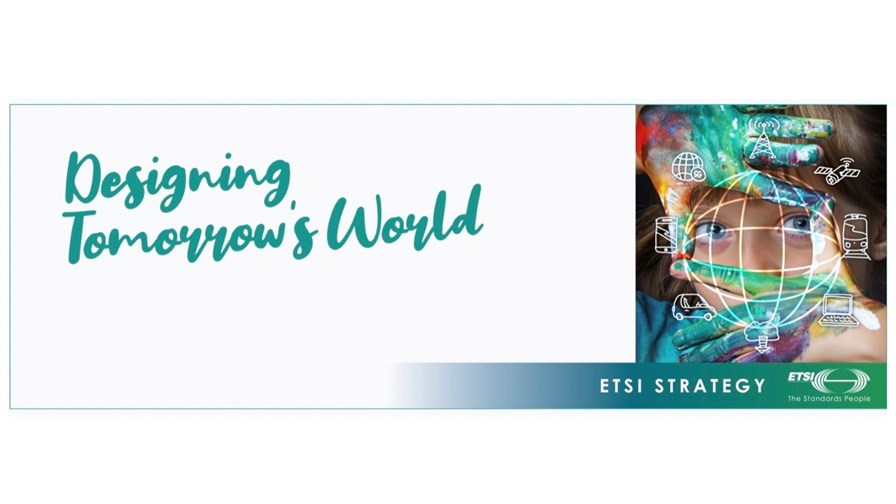 European standards body ETSI has unveiled a new strategy that takes into account developments and trends in the tech sector and beyond to help shape its work and focus in the coming years.

But while the strategy is new, the defining principles are still very much the same, says ETSI Director-General Luis Jorge Romero, and international collaboration and global interoperability are just as important as ever, even if the communications networking and technology sector is currently experiencing a certain level of regionalization.

ETSI, which is arguably best known for being home to the 3GPP and driving specifications development in key areas such as NFV and multi-access edge computing (MEC), cites ‘Being Global’ as one of its five key strategic directions, along with ‘Being at the Heart of Digital’, ‘Being an Enabler of Standards’, ‘Being Versatile’ and ‘Being Inclusive’. (See ‘Designing tomorrow’s world’: ETSI introduces its new strategy in line with its ambitious vision.)

And in terms of the overall strategy, it’s not a radical departure from what has gone before: “It confirms we were going in the right direction… it's more of a consolidation,” but takes into consideration “the way things have evolved, how the future is looking, and seeing whether what we were doing, our objectives and the way we were developing those objectives, was fit for purpose.”

So it’s not a radical change in direction for ETSI, but as Romero notes, the world has changed, and not just because of the Covid-19 pandemic: So just how possible is it to be ‘global’ when the world is becoming increasingly fractured, with multiple regions (even individual countries) aiming to ‘lead’ and influence the rest of the world in ongoing 5G developments and, of course, in the new land-grab area of 6G?

“We have been asking this ourselves… but we understand how things are moving in the marketplace. Does it make sense that we still aim to be global? When we look at standards, I think everybody comes to the same conclusion – we need global standards and we need global cooperation to make sure technologies are interoperable and that we don't have several different instances of technologies that won't talk to each other… at the end of the day what everybody wants is that the technologies are interoperable, that you can achieve economies of scale.” Romero notes also that while there have been some “complexities” around “exclusions or exceptions” about who should be allowed to work in standards, “when you go to our committees, you'll still see all the industry, everybody from all over the place, working together and wanting to have a global standard created by everybody.”

So there still an appetite in the industry, if maybe not so much in political circles, to collaborate globally, but what about the impact on ETSI of the growing influence of major operators, and groups of operators, that have been joining forces independently in an effort to accelerate certain areas of development and drive de facto cross-industry agreements?

“Operators have several times come together and tried try to push on specific elements of technology – operators moved and pushed for NFV, for instance. In fact, sometimes what the industry misses is a bit more leadership from the operators… if the needs expressed by them are too scattered, then it's very difficult to help them all.” And Romero recognizes that the operators need to go through other industry bodies to consolidate such efforts, “but this is something I think is positive, and I think it's also good for ETSI because we're trying to cooperate and have partnership with all these different initiatives, because also operators understand the need to avoid fragmentation… I think we're all on the same page,” says the Director-General.

Another major industry trend is sustainability, so are topics such as energy efficiency impacting ETSI’s efforts and operations?

“Sustainability and energy efficiency is more and more at the heart of what's being developed, but also in the way we work – we are also trying to find more efficient ways in which to develop our activity… [we have learned during the pandemic] how to work remotely and progress work in a different manner, not so much driven by physical meetings,” notes Romero.

So what’s next for ETSI?

“Well, in terms of technology everybody's already looking at what 6G will bring – this is the big discussion going around now. For us as an institution, the biggest thing is, as I was saying before, trying to devise new ways of working” and develop standards in parallel with what is happening elsewhere in the industry, says Romero. (See How do we put Europe to the forefront of 6G research and innovation?)

An overview of the new ETSI strategy can be found here, along with a link to the full strategy brochure.