Ciena preps for hit from Covid-19 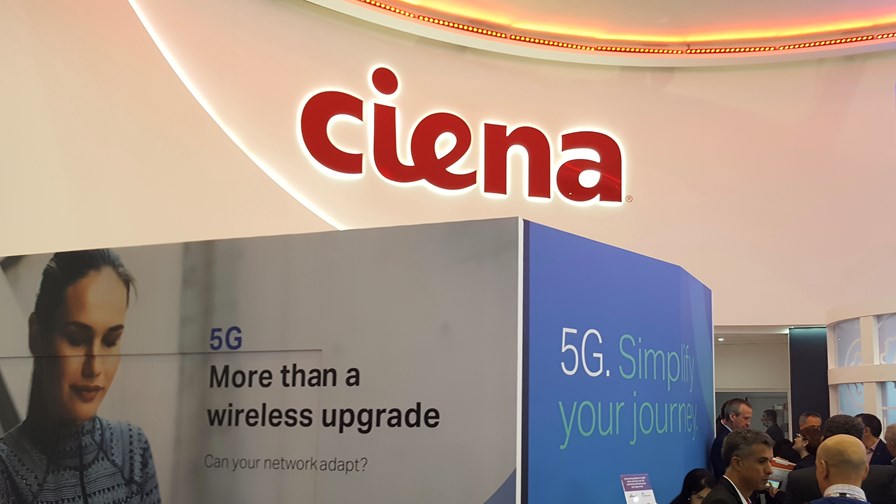 Ciena, one of the standout stock market performers in the telecoms equipment sector in recent times (up by more than 40% this year until this morning), took an absolute hammering today as it reported its fiscal third quarter numbers (which were good) and provided guidance for its fiscal fourth quarter (not so good).

Despite reporting a slight year-on-year increase in revenues to $976.7 million for the three months ending 1 August, and a significant increase in its adjusted operating margin from 16.2% last year to 22.4% this year, Ciena’s share price plummeted by almost 27% to $44.05 by lunchtime in New York, almost wiping out its 2020 gains.

The cause? Ciena’s outlook for the current fiscal fourth quarter: The company expects revenues in the range of $800-840 million – at best that’s about $150 million short of what Wall Street was expecting, based on previous business trend indications for the optical systems and software vendor.

Slower network deployments and cautious spending, as the result of uncertainties caused by the ongoing Covid-19 pandemic, are the cause of Ciena’s expected sales slump.

“Although COVID-related market dynamics have resulted in an orders slowdown and are likely to adversely impact our revenue for a few quarters, we are confident in our ability to continue executing on our strategy and expanding our market leadership," noted CEO Gary Smith (ever the optimist) in the company’s earnings announcement.

It’s perhaps surprising that Ciena had managed to shelter itself this long from the impact the pandemic is having on the ability of operators to upgrade and build out their physical networks: Now, for a while, it seems there will a slowdown in orders, likely into next year, as customers use the gear they've already had delivered but have bene unable to deploy as quickly as previously planned.

Ciena has seen these market dynamics before and, during his long tenure as CEO, Smith has had cause to proclaim that the company’s strategy and product roadmap are the right ones for a return to growth on more than one occasion, and each time he has been proven correct.

It’s hard to argue he’s be wrong this time around: Ciena has a good mix of customers – a whopping 43.1% of total sales in fiscal Q3 were from non-telco clients, including webscale giants, cable operators and large enterprises – and has a product set and roadmap that positions it well to pick up emerging 800G optical systems business (it just helped Canadian operator Telus deploy the tech) and snap up any business that Huawei might lose as a result of the ongoing political pressures weighing on the Chinese vendor, though of course Infinera and Nokia are also hoping to benefit from that expected trend.

And let's not ignore that even at a reduced sales run-rate, Ciena would still be a $3 billion-plus annual turnover company with a very good reputation and solid customer base: It has the ability to weather the storm and emerge intact.

Among Ciena’s numbers, we like to keep an eye on the performance of Blue Planet, the vendor’s small but important unit that develops orchestration and automation software for network operators: In the fiscal third quarter it generated revenues of $11.3 million, up slightly from a year earlier but down from the previous quarter’s $15 million.