Smartphone squeeze: growth in smartphone sales is tailing off in Europe 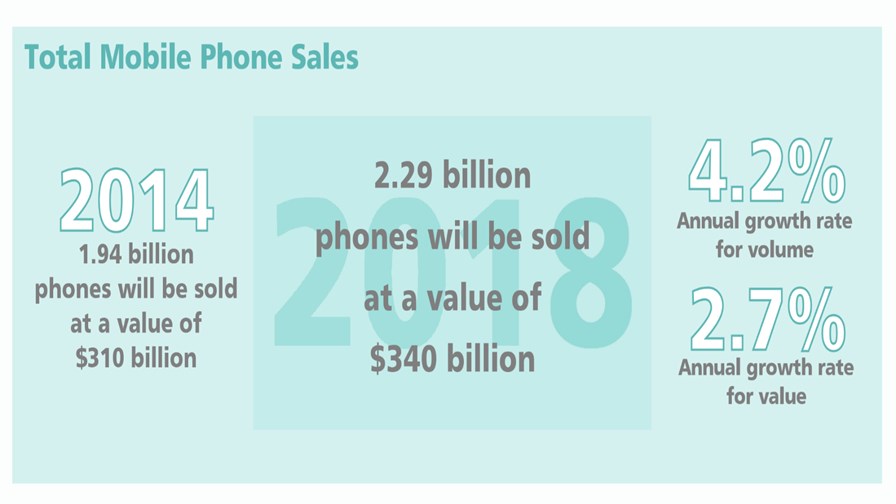 Global technology analyst company CCS Insight has today released its latest Global Mobile Phone Forecast and it makes for fairly grim reading if you’re a vendor. It’s a slightly more welcome development if you’re a user. If you're a Chinese user, even better.

CCS Insight reports that after four years of growth the ASP (average selling price) is dropping. While 1.94 billion mobile phones are expected to be sold this year, that represents a growth rate of ‘only’ 10 per cent. Good for any other business…  not for mobile which can now expect a squeeze on prices and profits across all the phone tiers.

The view looks slightly better in emerging markets where a lively 33 per cent growth rate is expected, but obviously at a much lower average selling price.

Isolate smartphones and things look better. CCS projects 1.3 billion smartphones will be sold globally in 2014, an increase of 25 per cent  year on year; however this compares to a growth rate of 40 per cent in the previous year. CCS Insight expects this trend to continue as year-on-year growth slows to 15 per cent in 2015.

By 2018 the smartphone will have triumphed completely - the “lowly feature phone”, says CCS Insight, will by then account for just 17 per cent of total mobile phone market.