Smartphone screen shipments are the canary in the coal mine 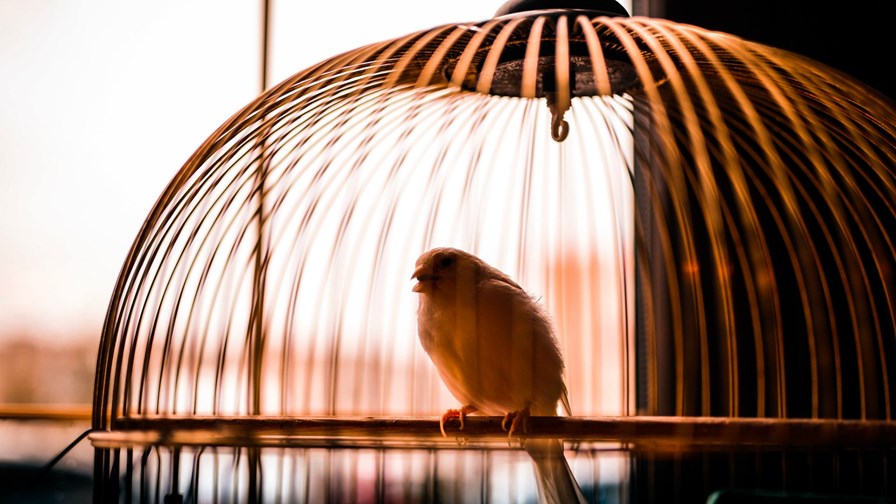 Trump's trade war might be hitting home with a vengeance now. Market researchers IHS Markit says there’s good data-backed evidence that the global market is factoring in a distinct smartphone slowdown due to pressure on the global integrated supply chain.

It maintains it has a sure-fire early warning system which involves counting up global smartphone display shipments. These plunged by 20 per cent sequentially during the first quarter of this year and are poised to drop again in the second and third quarters, as the U.S.-China trade war really starts to  bite.

The researchers claim displays represent the most expensive smartphone component and as a result are the first sector to experience order reductions when smartphone brands and manufacturers undergo a softening in demand.

“Shipments fell to 409 million units during the first three months of 2019, down from 512 million in the fourth quarter of 2018, and on a year-over-year basis, shipments declined by 9 percent compared to the first quarter of 2018,” says IHS Markit. “The second quarter is expected to bring an 8 per cent year-over-year decrease in smartphone display shipments, followed by a 12 per cent drop in the third quarter.” 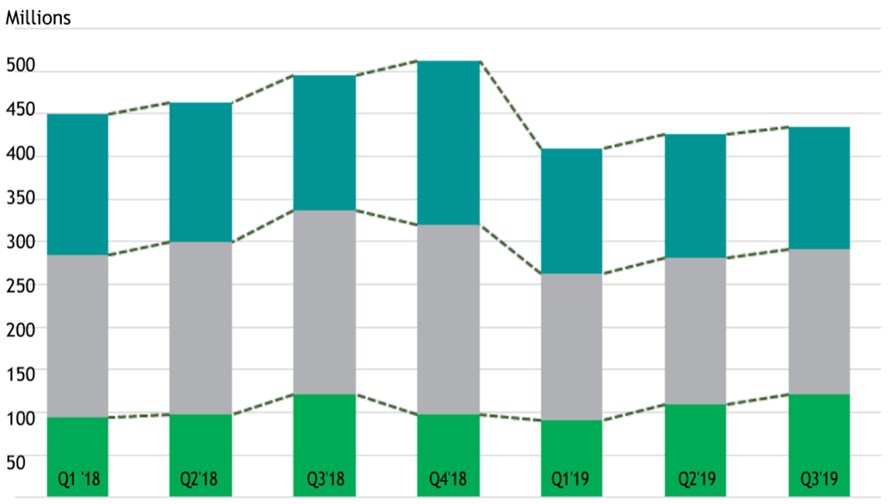 The firm points out that while the smartphone business was already facing  headwinds in the first quarter due to market saturation and delayed replacement cycles (because top-of-the-range smartphones are simply lasting longer), the big drop in display shipments in the second and third quarters indicates that the industry expects that the trade dispute will deepen and have a profound impact on both the consumer demand and the component supply sides of the industry (as it is intended to do).

“With its position at the forefront of the supply chain, the display business serves as an early indicator of smartphone market trends,” said Hiroshi Hayase, senior director at IHS Markit. “Right now, that indicator is flashing warning signs as smartphone OEMs and ODMs reduce their display orders. Although other factors are negatively affecting smartphone demand, supply-chain participants now are expressing specific concerns about the repercussions of the trade war and the United States’ move to ban Huawei.”

In May IHS Markit reduced its smartphone demand forecast by 1.7 percent due to the U.S.-China trade friction, particularly the Huawei ban. Huawei is a fast-growing player in the smartphone market, with the company in 2018 rising to take second place in the smartphone business, surpassing Apple. As a result, the ban is having an impact on the larger businesses of smartphones and their displays.

Despite the overall decline in smartphone display shipments, the active-matrix organic light-emitting diode display (AMOLED) market is expected to continue to expand in 2019. The main smartphone AMOLED supplier, Samsung, will be unaffected by the U.S. Huawei ban, allowing it to continue increasing shipments through 2019.

In Europe all the major carriers have top selling Huawei handsets in their inventory now, and some mobile telcos are looking to launch 5G Huawei phones as they roll out their non standalone 5G networks.

It’s very hard to sell smartphones when the public realises that there may not be software updates to support them due to the US trade bans. This realisation is likely to have a catastrophic impact over the next few months, especially for Huawei which, just a few months ago was looking likely to overtake all-comers in the smartphone market.

There is hope, though, that Trump could be looking to manufacture a trade victory (rather than provoke an international IT slump) and might use the impending G20 summit sidelines to bang out a ‘deal’ with Xi.

Then maybe, just maybe, the canary can be coaxed back onto its perch.