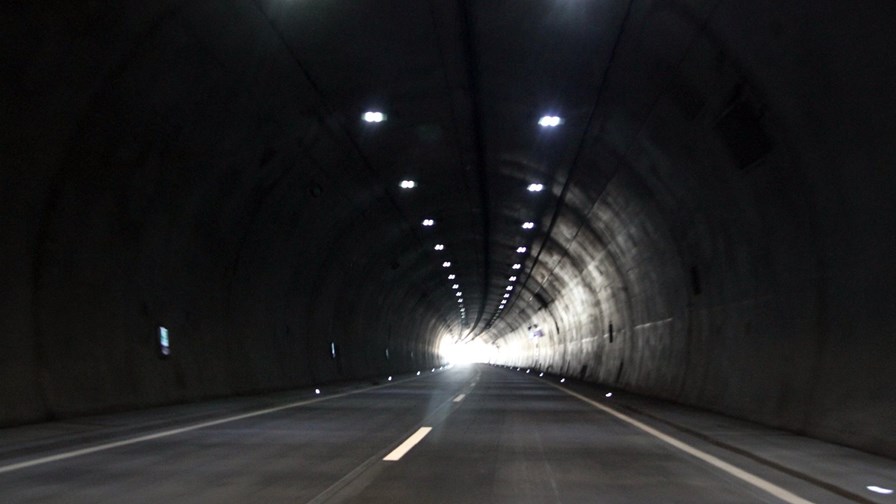 Samsung emerged as the world's largest provider of 5G smartphones in the first quarter of 2020, having trailed major Chinese rival Huawei last year, but warned of a shrinking market in Q2 and an "inevitable" drop in earnings as the Covid-19 pandemic starts to bite.

The South Korean vendor shipped more 5G phones in Q1 than it did in the whole of 2019, putting it ahead of Huawei, new statistics released by Strategy Analytics show. The firm shipped 8.3 million 5G smartphones in the three months to the end of March, giving it a market share of 34.4%, just over a percentage point greater than Huawei's.

While Huawei and its smaller domestic rivals Vivo, Xiaomi and Oppo together accounted for the lion's share of 5G shipments – 14.6 million smartphones – during the quarter (see chart), the majority of those devices stayed inside their home market, where 5G demand is high, despite the fact that Covid-19 hit China earlier than in other countries. Indeed, China's three mobile operators do not all split out 5G figures, but its largest player, China Mobile, reported 31.72 million 5G customers at the end of March, all but 2.5 million of which were added during the quarter. 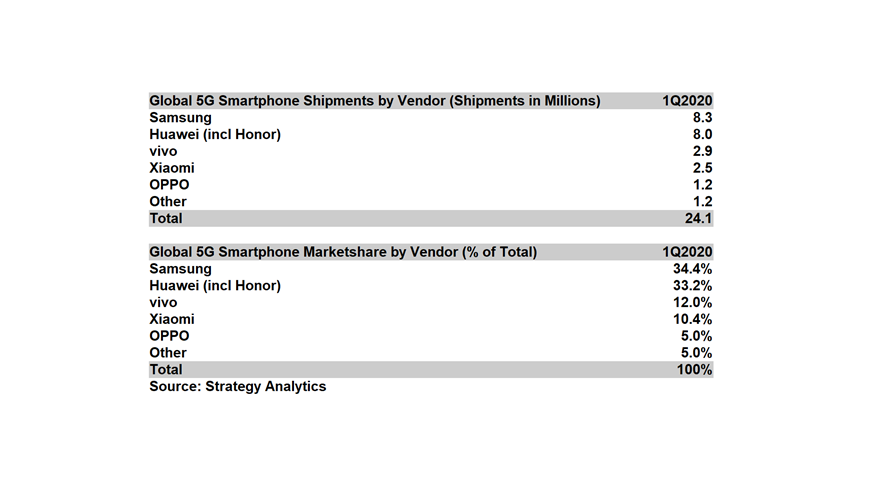 All of which means Samsung is hoovering up a large portion of the global market, buoyed no doubt by the advanced spread of 5G – relatively speaking – in its home market. SK Telecom recently revealed that it had signed up 2.2 million 5G customers by the end of January, which means more than 7% of its customer base is on 5G. It is due to report its own Q1 figures next week.

But Samsung also has a strong international presence and demand for 5G is on the up in the US and Europe too. The analysts highlighted its strong global distribution networks and operator partnerships, and noted it launched a number of new 5G smartphone models in Q1.

Indeed, the vendor said the launch of flagship device models helped it to maintain "sound" profitability at its mobile business in the first quarter – its IT and Mobile Communications division as a whole reported slightly improved sales, at 26 trillion won (US$21 billion) and operating profits (KRW2.65 trillion) year-on-year – but noted that overall device sales fell as the Covid-19 pandemic started to make an impact towards the end of the quarter.

And, unsurprisingly, its outlook is gloomy.

"For the second half, amid uncertainties including the possibility of a prolonged pandemic, market competition is forecast to intensify as manufacturers strive to recover from the weakness in the first half," it said, outlining its plans to continue with the rollout of premium-end devices as well as launching more mass-market 5G phones... plus the usual comments on improving operational efficiency.

Its a similar story for the vendor's 5G infrastructure business. Samsung's networks earnings improved in Q1 on the back of increased 5G commercialisation in South Korea and further afield, but "5G network investments may face reductions or delays domestically and internationally" in the current quarter, with "uncertainty around 5G investment plans" potentially having an impact on the second half of the year.

Upgrading to 5G is clearly not front-of-mind for consumers during the current lockdown in many markets and could well remain a low priority as the pandemic continues, even once restrictions are eased.

Earlier this month, Strategy Analytics published the results of a survey of the Chinese market that showed 37% of respondents have delayed a new smartphone purchase while 32% have pushed back plans to upgrade to 5G as a result of the pandemic. That study was carried out in late March. The analyst firm noted that in general the Chinese "are more optimistic about a rapid sling shot return to normal than US or European consumers," a comment that has serious implications for Samsung and any company providing smartphones or indeed any consumer devices or electronics to the international market.

The current quarter could be rough, and while there may be light at the end of the tunnel, it's difficult to tell how long that tunnel might be.