ARMONK, N.Y. - 28 Jun 2016: Every year, the world generates more than 2.7 million tons of a plastic [1], known as polycarbonates, to create common household items, such as CDs, baby bottles, eyeglass lenses and smartphones. Over time, polycarbonates decompose and leach BPA, a chemical that, in 2008, caused retailers to pull plastic baby bottles from store shelves due to concerns about the potential effects of BPA on the brain. 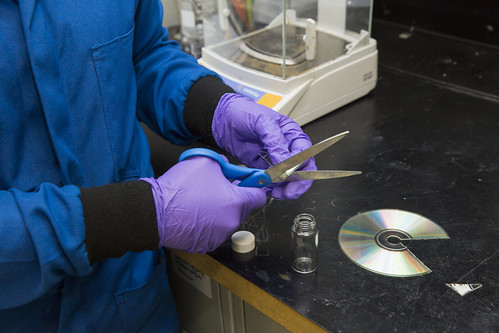 In the study, IBM Researchers added a fluoride reactant, a base (similar to baking powder) and heat to old CDs to produce a new plastic with temperature and chemical resistance superior to the original substance. When the powder is reconstructed into new forms, its strength prevents the decomposition process that causes BPA leaching.

“Polycarbonates are common plastics in our society – especially in consumer electronics in the form of LED screens, smartphones and Blu-rays, as well as everyday eyeglass lenses, kitchen utensils and household storage gear,” said Gavin O. Jones, Ph.D., research staff member, IBM Research – Almaden (San Jose, Calif.). “We now have a new way of recycling to improve how this prominent substance impacts the world’s health and environment.”

In this study, researchers used a combination of predictive modeling and experimental lab work to make the discovery. The learning from these research efforts is also used to advance cognitive systems to help accelerate the materials discovery process. The scale, pace and complexity of materials science is a challenge for scientists working to discover new materials. As part of the IBM Research Frontiers Institute, scientists are combining expertise in informatics and polymers, and other materials, to prototype systems to extract, organize, analyze, and predict insights from materials datasets. By leveraging existing knowledge from the world’s scientific databases and accelerating computations used in these types of experiments, these cognitive tools could help identify patterns and to bring new discoveries to realization faster.

The full research paper, One-step Conversion of Polycarbonates into Value-added Polyaryl ether sulfones , was published in the peer-reviewed journal, Proceedings of the National Academy of Sciences of the United States of America.