Enter the video helmet - a 130 inch world of your own 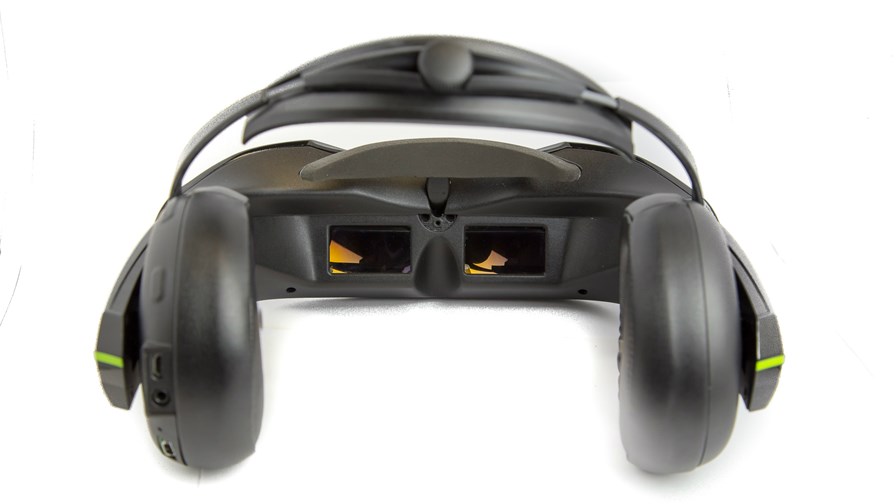 Facewear of all sorts took a bit of a knock when Google launched its ‘Glass’ and it met (mostly) with a mass thumbs down, due to privacy issues and so on.  But that didn’t deter other players, Vuzix perhaps the most prominent, from continuing with development on both the glasses side of things (glasses with a little camera and heads-up display) for use in industrial and other specialised applications for the most part; and with the helmut-style  video eyewear technology.

Vuzix has just launched its Vuzix iWear high definition video headphones (nabbing the Appley brand-name) and making them available to order for about US $450. That might sound like a lot for a weird looking headset but consider. Once inside the helmet the viewer is, by all accounts, virtually positioned in front of a 130 inch television screen (and those don’t come cheap) with brilliant headphone sound and, with dual HD screens - one for each eye - the ability to go full 3D.

We think there’s going to be big market for this sort of virtual reality product, and possibly for the Vuzix which is first onto the market, especially because you can plug it into anything that can generate and HDMI video signal which these days covers a lot of gadgets.

But forget the ‘VR’ tag - it may just be a brilliant way to watch video in bed, on a journey, or just sitting in front of a wall.