Devices are taking a sales dive as their useful lives lengthen 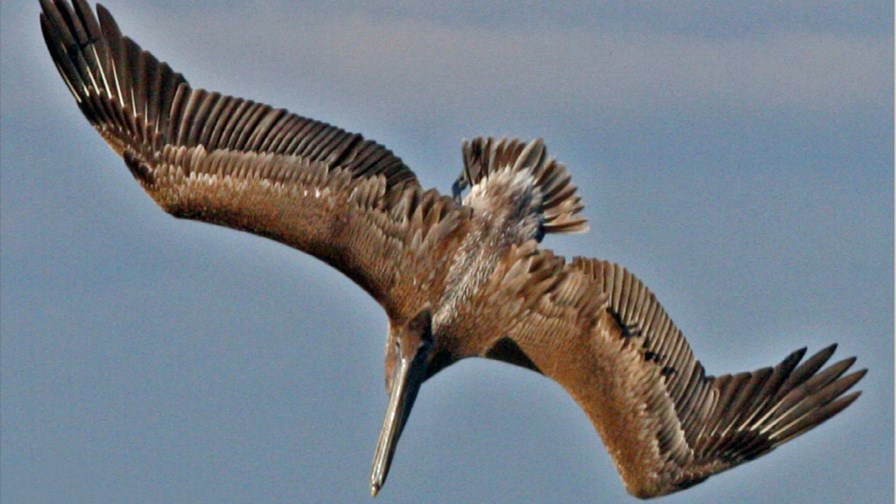 The outlook is a bit grim (or quite satisfactory, depending on your point of view): device shipments of all types - PCs, tablets and mobile phones - are set to decline by 3.3 per cent year-over-year, says Gartner (with other research firms chiming in with similar forecasts).

It expects that the mobile phone market will experience its worst ever performance and will decline by 3.8 per cent.

Lengthening mobile phone life span - from 2.6 years in 2018 to a projected 2.9 years by 2023 -  is the culprit: Within that stat., Gartner claims that sales of smartphones specifically will decline by 2.5% in 2019: the worst drop in the smartphone’s short history.

But the phones won’t be alone. Worldwide shipments of all devices - PCs, tablets and mobile phones - will total 2.2 billion units in 2019, a decline of 3.3% year over year.

Long story short, all tech isn’t improving fast enough or providing enough in the way of compelling new capabilities to make people rush down to the shop and queue up to buy the latest iteration of whatever it is (as they used to).

You might wonder what the problem is here. In a world of depleting resources and rising costs, not feeling obliged to trade up your gadget every two years might be considered a good thing.

It might, but then again ecosystems and the companies in them tend to react badly to shrinkage. 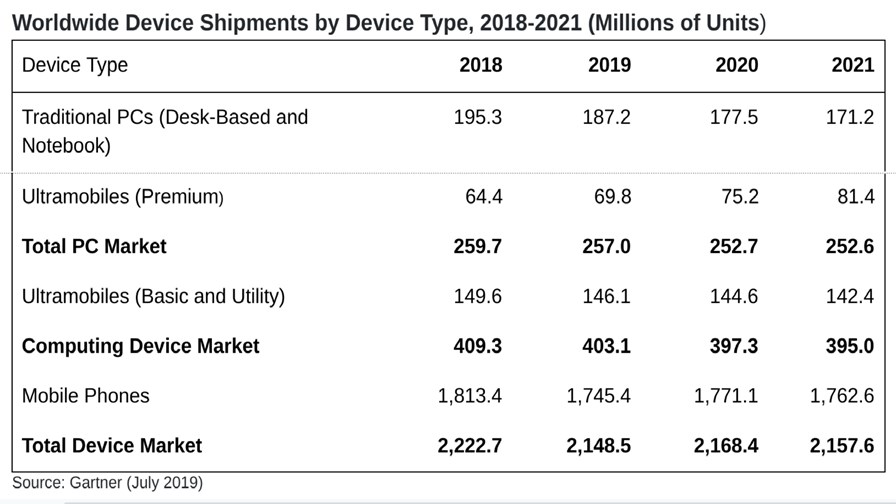 What does it mean for 5G?

By 2020 Gartner estimates that 7 per cent of global communications service providers will have a commercially viable wireless 5G service. This will mark significant progress from 5G proofs of concept and commercial network construction work in 2018. So to improve slowing smartphone sales, mobile manufacturers are looking to introduce more affordable 5G-enabled phones in 2020 and these are expected to represent 6% of total phone sales. As 5G service coverage increases, user experience will improve and prices will decrease. The big leap is due in 2023 when Gartner expects 5G phones to account for 51% of phone sales.

Gartner is not alone here, NPD Connected Intelligence has determined that a quarter of US smartphone owners held on to  their last device for more than three years before upgrading, up from 18 percent two years prior (2H 2018 vs. 2H 2016). It found that “rising price tags, extended longevity of new generation devices, and lack of innovative features beyond imaging enhancements, are a few factors reducing consumer motivation to upgrade,” according to its executive director, industry analyst Brad Akyuz.

“The emergence of 5G could help to accelerate upgrade cycles, as consumers will look to leverage faster speeds for mobile entertainment, but despite strong consumer awareness, this is expected to be a longer-term result,” he claims

Gartner says there is uncertainty for PC demand in 2019 with shipments  estimated at 257 million units in 2019, a 1% decline from 2018. The ongoing trade dispute between the US and China  and potential imposition of tariffs is partly to blame, but again there are signs of whatever the opposite of ‘planned obsolescence’ is - ‘unplanned longevity’ perhaps?  There is simply less need to go out and buy more processor power, more memory or better screen resolution.

On the other side of the devices ledger, from the telco perspective, is a report from Strategy Analytics which shows that 45 million PCs and tablets globally will incorporate 5G connectivity by 2023. According to “Tablet and Notebook PC Connectivity Forecast” this will offer mobile operators a fresh chance to communicate to consumers the advantages and new use cases of embedding high-speed cellular connectivity.

It’s worth pointing out that such attempts have failed abysmally in the past.

With the arrival of tablets - particularly the iPad -  it was initially expected that a good proportion of these would end up with built-in LTE connectivity. They didn’t, mostly because of the cellular data cost structures and the fact that, when you boil it all down, laptops and tablets don’t lend themselves to ‘stick it in your pocket/handbag mobility’ as much as  phones do. That, along with unfriendly tariffing, meant that in the end there weren’t a huge number cell-enabled big screen gadgets out there.

Nevertheless, according to Strategy Analytics, mobile operators will also have the opportunity to reevaluate their pricing and data plans with consumers to make a better case for 5G service on a multitude of devices beyond the smartphone.

The report’s forecasts indicate that:

“Intel, Qualcomm, Arm, Microsoft, and a handful of PC OEMs are developing new designs in light of a younger generation that will expect (and pay for) a more smartphone-like experience on their notebooks,” says Eric Smith, Director, Connected Computing Devices at Strategy Analytics. “This development will happen at the same time that 5G becomes a reality over the next decade, opening a new world of possibilities for vendors and carriers alike.”

David Mercer, Principal Analyst and Vice President, Digital Consumer Practice added, “At the same time, vendors, carriers, and retailers must establish a clear view into how consumers choose cellular plans. Consumers have a difficult time understanding why they should pay their carriers $10 a month just for the privilege of having cellular connectivity outside the house when they would rather grin and bear spotty, insecure Wi-Fi at specific locations. What form new pricing plans take in the 5G world must be informed by a holistic view of the consumer, which devices they use where, and what they use them for.”