Constant photography and constant companionship as we hit peak smartphone 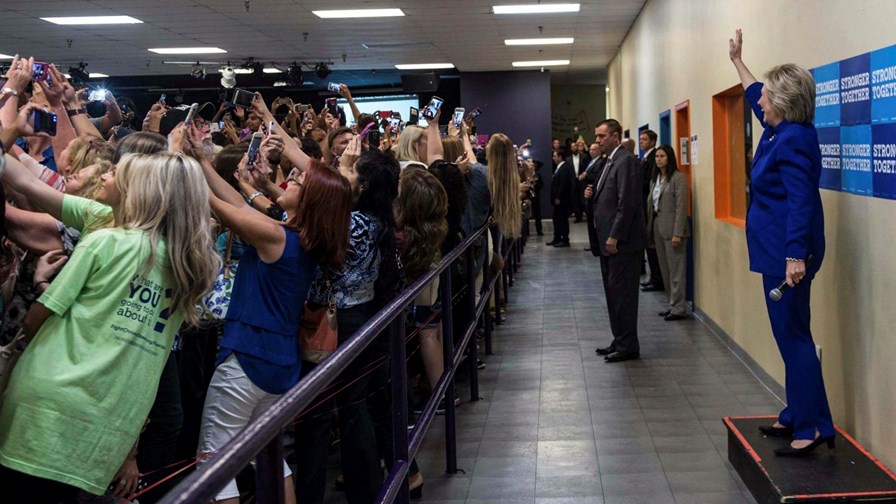 You can all stop now. The project is complete. The war is over. The world has gone completely smartphone and the above illustration could turn out to be one of those iconic pictures that freezes this moment - Autumn 2016 - in time.

It’s Hillary Clinton on the stump very recently and it’s a little scene that would have been incomprehensible just a few short years ago before the ubiquitous two-camera smartphone flashed onto the scene. Today, turning your back and holding aloft your iPhone is the ultimate show of respect. On the other side of the fame barrier, an assembly of adoring, turned-away heads is the gold standard of celebrity.

And, after all, what’s the  point of turning up to see or hear Hillary Clinton in 2016 if you can’t record that you were there. And what good is the resulting shot if you aren’t actually in it with your signature smile pasted on?

It’s not just constant photography. Peak smartphone might be indicated today by its role as constant companion. According to a survey recently conducted by Deloitte on smartphone use in the UK, up to a third of UK adults (and a full half of 18 to 20 year olds) check their phones in the middle of the night, with 32 per cent of them checking for messages and more than a sixth replying to any that have come in. In all, it paints a picture of smartphone dependency amongst huge swathes of the UK population.

But Deloitte also reckons that balance is poised to return. It claims that the number of the smartphone users has peaked in the UK at 81 per cent. It points out that penetration increased by only 7 per cent in the year to June 2016, indicating a slowing growth. As reinforcement, it cites preliminary results from IDC’s research which it claims have showed a global smartphone market remaining ‘flat’ - just a 0.3 per cent increase in smartphone sales in the second quarter of this year in fact.

The hope is that with that 81 per cent high water mark will come a sort of settling down period as users get used to the whole smartphone thing and start to calm down.

According Deloitte technology, media and telecommunications research head Paul Lee: “Smartphones are personal devices, but their usage impacts those around them. As with most emerging technology, consumers will need to learn how best to run their lives with smartphones, as opposed to having their lives run by their devices.”