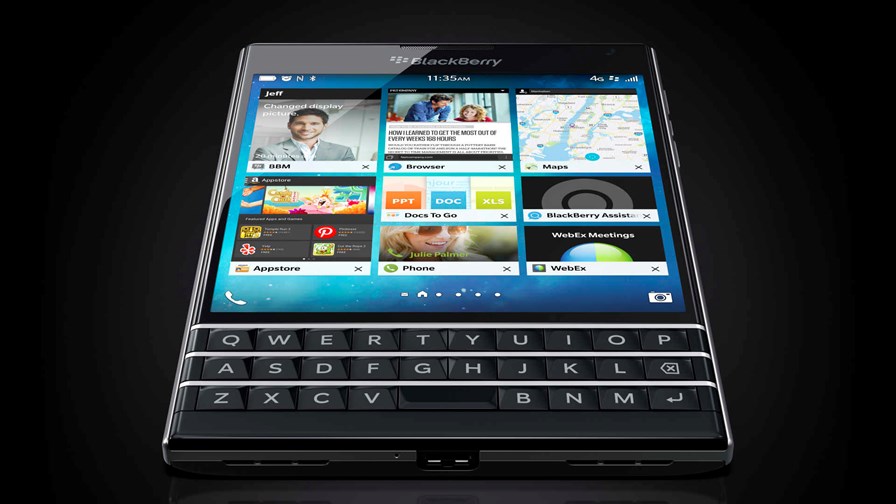 Who knows? If Blackberry had first invented the phablet and enjoyed some sort of runaway sales success with it, it’s possible that its phablet rivals might now look like the square-screened, square(ish) bodied Passport, first introduced by BlackBerry last year (see above) and now supplemented with a handsome ‘Silver Edition’ with a shiny aluminium body.

But, in a world awash with phablets that look like megafauna relatives of the iPhone, the Passport is an outlier. Reviewers tend to say its size and shape is ‘awkward’ and the keyboard takes ‘some getting used to’. They used to say that about all the first phablets from Dell’s Streak (now a tiddler) to Samsung’s Note. That’s fashion for you.

So it seems unlikely that the Passport ‘Silver Edition’, although I personally think it looks fabulous, will represent a hardware turnaround for BlackBerry. And to be fair, nobody, least of all anyone at BlackBerry itself, believes that the market for BlackBerry gadgets will suddenly bounce back. Rather, it sees a few hardware sales as a way to put a brake on its losses as it right-sizes itself and tries to find profitability in software, technology licensing and corporate mobility solutions. That, it hopes, is its key stamping ground.

Unfortunately, that’s the strategy it’s  been trying to follow for years and through successive CEOs. But the death spiral continues as the latest CEO, John Chen, has announced further staff tightening measures (BlackBerry is now down to 7000 staff worldwide) and observers feel that a complete exit from the handset market is a distinct possibility.

According to IDC, BlackBerry now controls a tiny 0.3 per cent of the global smartphone market (it had 0.5 per cent last year), which makes the ‘No 3’ OS, Windows Phone (with 2.7 per cent) look like a runaway success.