Packed with All-New Features and Apps, plus Sidecar Expands Mac Workspace with iPad 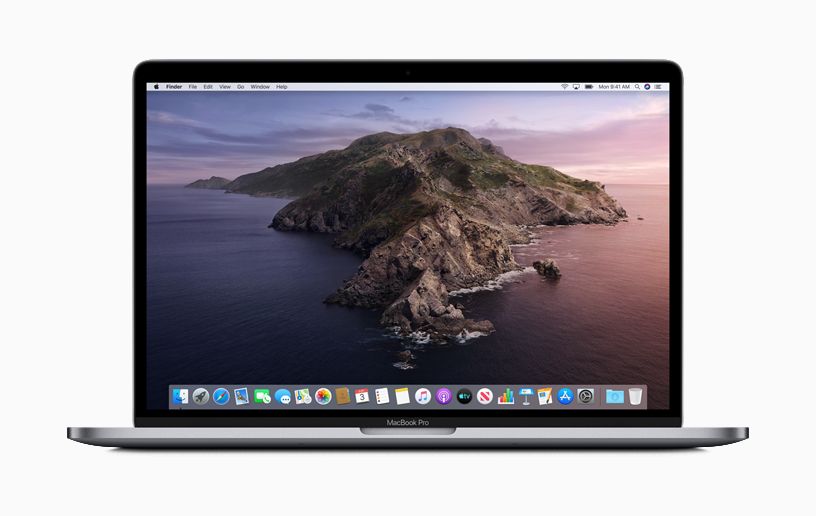 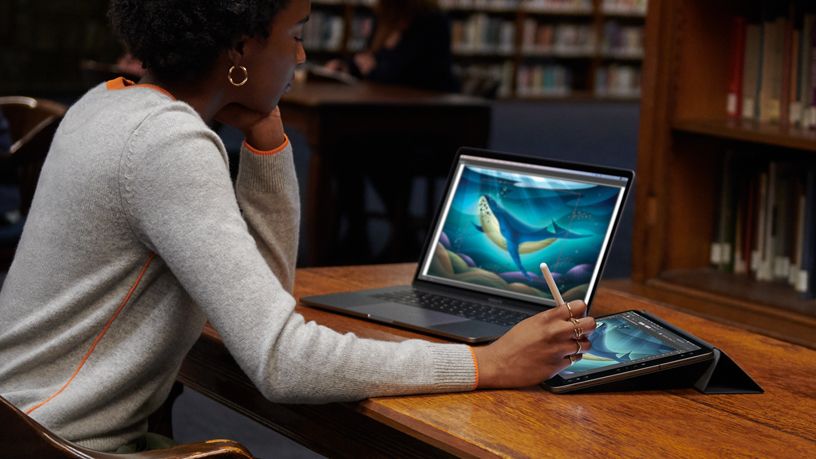 Mac users can now expand their workspace — and their creativity — with iPad and Apple Pencil.

The new Music app for Mac is lightning fast, fun and easy to use. Apple Music will help users discover great new music with over 50 million songs, playlists and music videos. And users will have access to their entire music library, whether they downloaded the songs, purchased them or ripped them from a CD. For those who like to own their music, the iTunes Music Store is just a click away. 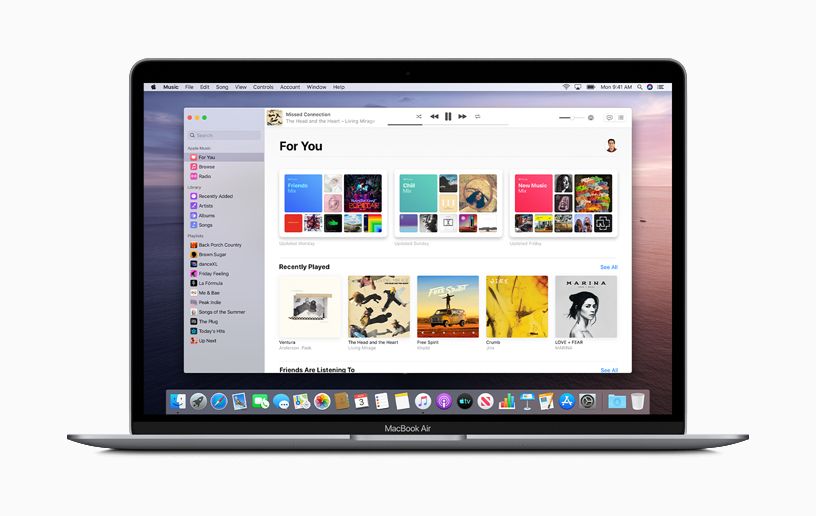 It’s never been faster or easier to find great new songs with the new Music app for Mac.

The all-new Apple TV app brings together different ways to find and watch movies and TV shows into one powerful app. The Apple TV app features Apple TV channels, personalized recommendations and over 100,000 iTunes movies and TV shows to browse, buy or rent — so users can enjoy 4K HDR and Dolby Atmos-supported movies.1 The Watch Now section features Up Next, where viewers can keep track of what they are currently watching and resume on any screen. This fall, Apple TV+, Apple’s original video subscription service, will be available in the Apple TV app. 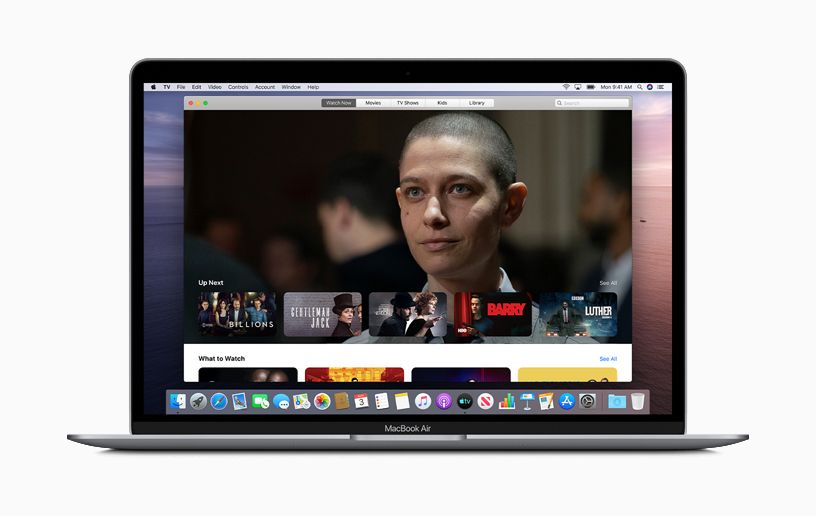 The all-new Apple TV app brings together the different ways to discover and watch TV shows and movies into one app.

The popular Apple Podcasts app offers more than 700,000 shows in its catalog and the option to automatically be notified of new episodes as soon as they become available. The app also features new categories, curated collections by editors around the world and advanced search tools that can find episodes by host, guest or even discussion topic. 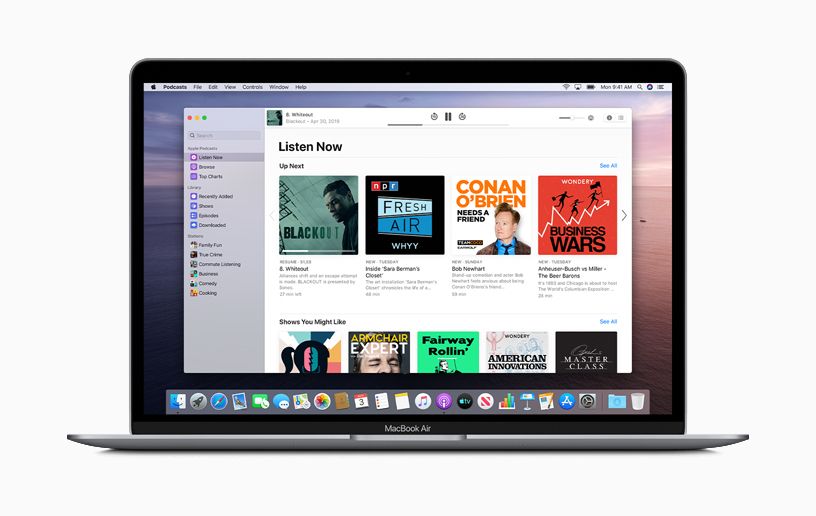 For users who sync their media to their devices using a cable, they can quickly and easily do so in the new entertainment apps. And when users connect a device to their Mac, it will immediately show up in the sidebar of Finder, enabling them to backup, update or restore their device.

With Sidecar, iPad can be used as an extended display for Mac and a high-precision drawing tablet across supported Mac apps. For users on the go, Sidecar makes it easy to bring an extended display with them so they can spread their work out over two displays wherever they happen to be. When paired with an Apple Pencil, they can use their iPad to draw, sketch or write in any Mac app that supports stylus input. Sidecar is a great tool for editing video with Final Cut Pro X, drawing with Adobe Illustrator or marking up iWork documents. And like all Continuity features, Sidecar can run on a wireless connection, so users can work with greater mobility. Sidecar brings the intuitiveness and precision of iPad and Apple Pencil to creative Mac apps and can run on a wireless connection.

Apple believes technology is most powerful when it empowers everyone. With macOS Catalina, Apple is introducing new assistive technologies to help every user get the most out of their Mac. Voice Control is a transformative technology that enables users who can’t operate traditional input devices to control their Mac entirely with their voice using on-device Siri speech recognition technology, which also ensures personal data is kept private. New labels and grids let users interact with virtually any app using comprehensive navigation tools, with audio processing happening on-device. Voice Control is now also available on iOS and iPadOS, so users can control their device entirely with their voice, even gestures like tapping, swiping and scrolling.

New assistive technologies will help empower users to get the most out of their Mac.

With macOS Catalina, Gatekeeper now checks all apps for known security issues, while new data protections require all apps to get permission before accessing user documents. Approve with Apple Watch lets users approve many security prompts by simply tapping the side button on their Apple Watch. Now all Macs with the T2 Security Chip support Activation Lock to make them less attractive to thieves. And with the new Find My app, the location of a lost or stolen Mac can be securely and anonymously relayed back to its owner by other Apple devices, even when it is offline.

Screen Time on the Mac gives users insight into how they spend time in apps and on websites, and the tools to help decide how to spend their time. Screen Time is designed for the way people use their Mac, including a new “One more minute” feature that gives users more time to save their work or log out of a game. Users can schedule time away from their Mac and determine how much time they want to spend within apps, websites or categories of apps. With iCloud, users can sync Screen Time settings and combine their usage across iPhone, iPad and Mac privately through end-to-end encryption. And Family Sharing gives parents new tools to better manage their children’s device usage, including the ability to choose who their children can communicate with and when. With Screen Time on Mac, users can sync settings and combine usage across their Apple devices.

Also available with macOS Catalina are new APIs and tools for developers that make it incredibly easy to bring iPad apps over to the Mac. With over a million iPad apps available across a broad range of categories, from creative to entertainment and productivity to development, users will be able to interact with more popular apps right on their Mac’s large and beautiful display. Beginning this fall, users can expect to see more of their favorite apps coming to the Mac, including Jira Cloud, Twitter and Asphalt 9. Beginning this fall, users will see more of their favorite third-party apps on the Mac App Store. 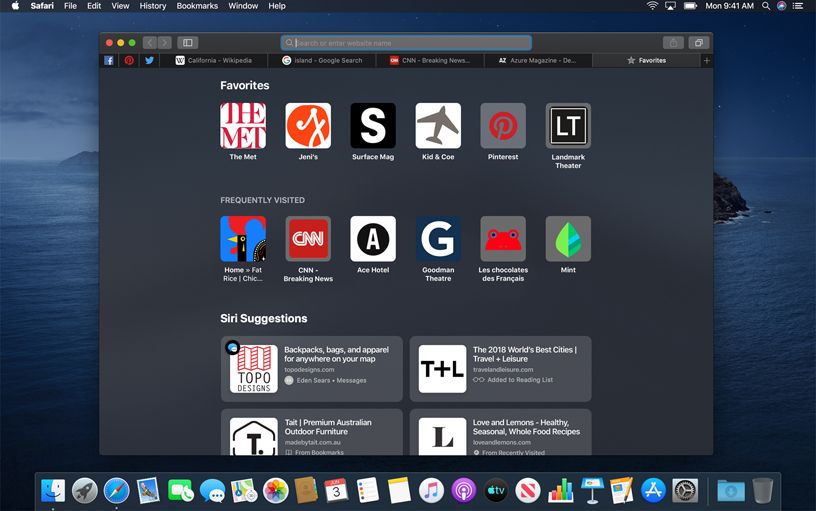