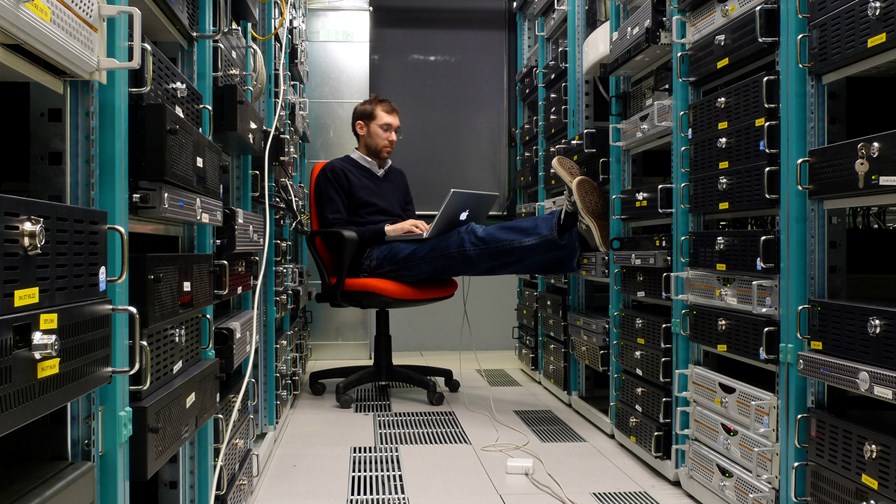 Nokia has launched what it describes as a new and modern Network Operating System (NOS) for the data centre. It claims its objective is to construct and nurture a NOS that can keep up with the avalanche of demands now being sent the data centre’s way as cloud technology comes to dominate the IT scene. It has an obvious point.

Take any IT and communications topic and you’ll see it’s all about data centre and cloud technology all the way down: from what we used to call IoT, to telco infrastructure, to enterprise applications, to pandemic IT responses, it’s all going cloud native and being thrust into a data centre near you.

Hardly surprising then, that something as foundational as the Data Centre NOS may need a complete remake.

Nokia says it’s tackling the problem across the board. It’s targeting all cloud builders including webscale companies, service providers, enterprises, and telcos. Its offering includes tools for data centre design, management, customization and scalability. It’s also going to support the next gen must-haves such as automation assisted by artificial intelligence, and intent networks (also enabled by by AI)

All the qualities generally ascribed to good cloudification are ticked off: flexibility, resilience and robustness. All to help deal with the big incoming traffic generators,  including  5G and Industry 4.0.

Nokia’s case is that “though evolving, traditional systems are restrictive and difficult to customize, integrate and automate. For example, today’s leading systems expose limited functions for customization and even then require cumbersome integrations. Often this means rudimentary applications that require re-compiling each time the NOS vendor upgrades releases. Newer ‘open systems’ attempts are nascent, challenging to operationalize and generally unproven at scale.”

Nokia’s SR Linux, on the other hand, “is a genuine architectural step forward as it is the first fully modern microservices-based NOS,”  and it claims the SR Linux NDK (NetOps development kit) and exposes a complete  set of programming capabilities.  SR Linux also inherits Nokia’s ‘battle-tested’ Internet protocols from the service router operating system (SROS), which is the trademark of the huge installed base of Nokia carrier-grade routers. SR Linux, Nokia claims, is in effect the industry’s first flexible and open network application development environment.”

So what makes Nokia think it’s in a position to service all those diverse needs with its offering. And if it does, what big data centre and cloud builders has it attracted to the cause so far?

“We’ve been working on this for over two years and the approach that we took was to work with the webscalers,” says Steve Vogelsang. “We’d been working with them (Google, Azure, AWS, Apple)  for quite some time in our IP routing and optical transport business - helping them build their IP/optical WAN networks so we got to know them quite well.

“The problem was,” he said, “that the network devices were not open enough. So the guys had often stripped away the software and built their own switch OS. We thought this might be an opportunity for us to come up with a next generation data centre fabric solution that’s different.  Different in being completely open, that can work seamlessly with the DevOps tools that the hyperscalers had been using and that we’re starting to see now across the industry.”

“It’s been a great cooperation with the hyperscalers. One of them is Apple and we’re very pleased to announce that it is an early customer for the solution,” he says.

“This development will  put us into the data switch market in a big way for the first time and it’s a big market opportunity for us. It’s about extending the WAN networks into the data centre itself with switches and spine switches. We haven’t really played in that part of the market so far,” says Steve.

I ask, ”Is the ultimate goal here to integrate DCI and the data centre network fabric in the light of developments such as edge, hybrid and multicloud where increasingly data centres need to exchange information continuously and at scale?”

“That is absolutely one of the big motivations for us entering the market now,” says Steve. “If we think about the new applications that are coming and the way the structure of the cloud is being influenced by them - particularly 5G and Industrial IoT with AI and machine learning workloads that need to be distributed.

“So yeah that’s exactly right and this is one of the reasons why we think that the foundational technologies that we’re bringing - like the IP routing constructs that we use in the WAN to do things like network slicing - those need to be extended into the data centre fabric so that we can manage those networks on an end-to-end basis.”