IT Spending Indicators May Be Bottoming Out for Now but US Business Confidence Continues to Plunge, According to IDC COVID-19 Tech Index 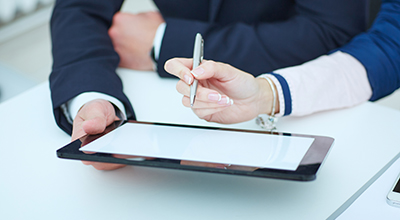 IT Spending Indicators May Be Bottoming Out for Now but US Business Confidence Continues to Plunge, According to IDC COVID-19 Tech Index

FRAMINGHAM, Mass., May 21, 2020 – Leading indicators for IT spending appear to be stabilizing and bottoming out in many countries, reflecting a period of relative calm before economic lockdown measures are expected to be eased in the next few weeks. However, confidence levels in the US continue to plunge and US firms show a wide range of expectations, including some that anticipate even deeper cuts to IT spending than two weeks ago, according to a new update to the IDCCOVID-19 Tech Index.

In countries including China and Germany, overall IT buyer confidence has continued to improve. While the overall index in Europe and many Asia/Pacific countries remains below 1000, indicating a contraction in IT spending, scores have edged up slightly compared to two weeks ago in the latest IDC global survey of IT buyers. Market indicators in both regions have also stabilized with some countries gradually easing their lockdown measures and government stimulus spending continuing to provide some degree of short-term stability.

"While IT spending is still declining in Asia/Pacific and Europe, and some sectors of the economy will remain under severe pressure over the near term, there is some sense that we may have reached a turning point," said Stephen Minton, vice president, Customer Insights & Analysis at IDC. "This is not yet a turning point in terms of returning to growth overall, but a sense amongst many businesses that if economic restrictions are eased carefully and gradually, and if there is not a major second wave of infections in the second half of 2020, things will not get worse and we will have a slow but steady recovery beginning in the third quarter."

The COVID-19 Tech Index uses a scale of 1000 to provide a directional indicator of changes in the outlook for IT spending and is updated every two weeks. The index is based partly on a global survey of enterprise IT buyers and partly on a composite of market indicators, which are calibrated with country-level analyst inputs relating to medical infection rates, social distancing, travel restrictions, public life, and government stimulus. A score above 1000 indicates that IT spending is expected to increase, while a score below 1000 points towards a likely decline.

While confidence levels have stabilized in Asia/Pacific and Europe, they continue to plunge in the US where businesses now expect even deeper cuts to IT budgets this year than in the previous survey two weeks ago. There is a wide range of confidence levels among US firms with significant variation by region, company size, and industry. Many companies remain confused by conflicting signals and are worried about a second wave of infections if lockdown measures are not eased carefully, while others remain concerned that the pace of ending restrictions is too slow.

"US firms are still very confused and the lack of business visibility is putting pressure on short-term IT planning," said Minton. "Whatever your opinion about the pace of ending economic restrictions, and what this will mean for a possible second wave of infections, what we all know is that a lack of visibility isn't good for IT spending or business planning in general. While there is a sense of things bottoming out for now in other parts of the world, we have not yet reached a similar broad consensus in the US that this point has been reached."