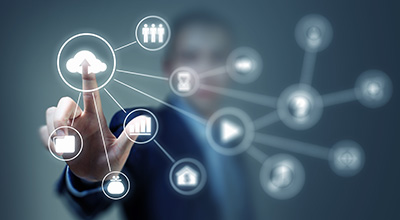 *SINGAPORE, August 8th ** , 2019 – Asia Pacific spending on public cloud services and infrastructure is forecast to value at $26.0 billion in 2019, an increase of 47.1% over 2018, according to the latest update of the IDC Worldwide Semiannual Public Cloud Services Spending Guide. The public cloud services are expected to increase almost three times over the forecast period with a five-year compound annual growth rate of 33.9% reaching USD 76.1 billion by 2023.

“Improving the business agility and speed is the main focus area for the adoption of Cloud technology in the region, access to new refined functionality and giving the business units more direct control over the sourcing of their own IT solutions are the other focus areas,” says Ashutosh Bisht, Senior Research Manager for Customer Insights & Analysis at IDC Asia/Pacific. “Security concerns and IT governance are the major inhibitors towards the cloud adoption but sentiments about security on public cloud have changed over recent years, with improving IT securities now considered as one of the top drivers for public cloud adoption.”

Infrastructure as a Service (IaaS) will be the largest category of cloud computing delivering 50.2% of overall public cloud spend in 2019 and more than half throughout the forecast (2018-23). Software as a Service (SaaS) has positioned itself second largest in terms of spending on cloud with a share of 39.03% followed by Platform as a service (PaaS) with 10.7% share in 2019. Primarily, IaaS spending will be balanced throughout the forecast with server spending trending slightly ahead of storage spending. SaaS spending, which is comprised of applications and system infrastructure software (SIS), will be dominated by applications purchases. PaaS spending will be led by Data Management Software, which will record a five-year CAGR of 55.6% during 2018-2023.

“The smart city initiatives across major cities in the region have opened the door for governments to revamp their legacy systems and transform the traditional IT with public cloud services. In addition, authorities are easing regulations for regulated industries, such as banking, to leverage on public cloud services for better services offerings,” says Siew Choon Liew, Research Manager at IDC Asia/Pacific.

On a geographic perspective, China will be the largest country market for public cloud services in 2019 with its $12.9 billion spending to account for about 49.7% of Asia Pacific* spending. Australia ($3.9 billion) and India ($2.8 billion) will be in second and third place respectively in terms of Cloud Spending in the region.

The IDC Worldwide Semiannual Public Cloud Services Spending Guide quantifies public cloud computing purchases by cloud type for 20 industries and five company sizes across eight regions and 47 countries. Unlike any other research in the industry, the comprehensive spending guide was designed to help IT decision makers to clearly understand the industry-specific scope and direction of public cloud services spending today and over the next five years.