5G Could Boost IT Spending in 2020, But Slowing PC Sales and Coronavirus Disruption Will Inhibit Overall Growth, According to IDC Black Books 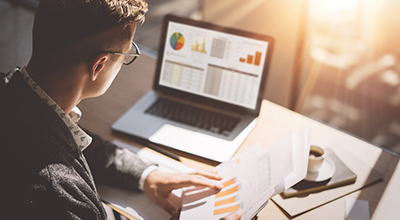 FRAMINGHAM, Mass., February 11, 2020 – Worldwide IT spending is set to increase by 5% in constant currency this year as software and services investment remains stable while smartphone sales recover on the back of a 5G-driven upgrade cycle in the second half of the year. However, risks remain weighted to the downside as businesses keep a tight rein on short-term investments in the face of uncertainty around the impact of the Coronavirus outbreak. A new update to the International Data Corporation (IDC) Worldwide Black Books shows total ICT spending, including IT spending in addition to telecom services (+1%) and new technologies such as IoT and robotics (+16%), will increase by 6% in 2020 to $5.2 trillion.

Excluding smartphones, IT spending will dip from 7% growth in 2019 to 4% in 2020. Software growth will decelerate slightly from last year's 10% to less than 9% and IT services growth will dip from 4% to 3%, but most of the slowdown will be due to the PC market where the end of the recent buying cycle (partly driven by Windows 10 upgrades) will see PC sales decline by 6% this year compared to 7% growth in PC spending last year.

"Much of this year's growth is dependent on a positive smartphone cycle as the year progresses, but this is under threat from disruption caused by the Coronavirus crisis," said Stephen Minton, program vice president in IDC's Customer Insights & Analysis group. "Our current forecast is for broadly stable tech spending in 2020, but PC sales will be way down on last year, while server/storage investments will not recover to the levels of growth seen in 2018 when hyperscale service providers were deploying new datacenters at an aggressive pace."

Hyperscale service provider IT spending will recover to 9% growth this year, up from just 3% in 2019, but this is short of the pace of two years ago. Cloud infrastructure and digital services providers will also continue to increase their IT budgets in order to meet strong end-user demand for cloud and digital services, which will continue to expand at a double-digit rate of growth as enterprise buyers increasingly shift their IT budgets to the as-a-service model.

"Much of the explosive growth in service provider spending from 2016 to 2018 was driven by aggressive roll-out of servers and storage capacity, but more spend is now moving to software and other technologies as these providers seek to drive into higher-margin solution markets including AI and IoT," said Minton. "Nevertheless, after infrastructure spending cooled last year, we expect service provider spending to be broadly stable and positive in the next few years because these firms need to keep driving up capacity in order to deliver services to end-users."

The downside risk to the short-term IT spending forecast is underlined by the importance of China as a driver for much of this growth. China was expected to post IT spending growth of 12% in 2020, up from 4% in 2019, as the U.S. trade deal and a stabilizing economy helped to drive a rebound, especially in smartphone sales. The Coronavirus looks likely to inhibit this growth to something less. It's too early to quantify the spillover impact on other regions, but risks are also now weighted more to the downside in the rest of the Asia/Pacific region (currently forecast to post 5% IT spending growth this year), the United States (+7%), and Western Europe (+3%).

Annual growth of 6% is expected to continue through the five-year forecast period as investments in digital transformation continue to drive stability in overall tech investment. Strong growth will come from cloud, AI, AR/VR, blockchain, IoT, BDA (Big Data and Analytics), and robotics deployments around the world as businesses continue their long-term transition to digital while governments and consumers roll out smart city and smart home technologies.