The Cloud has won: 92% of enterprises have a multicloud strategy 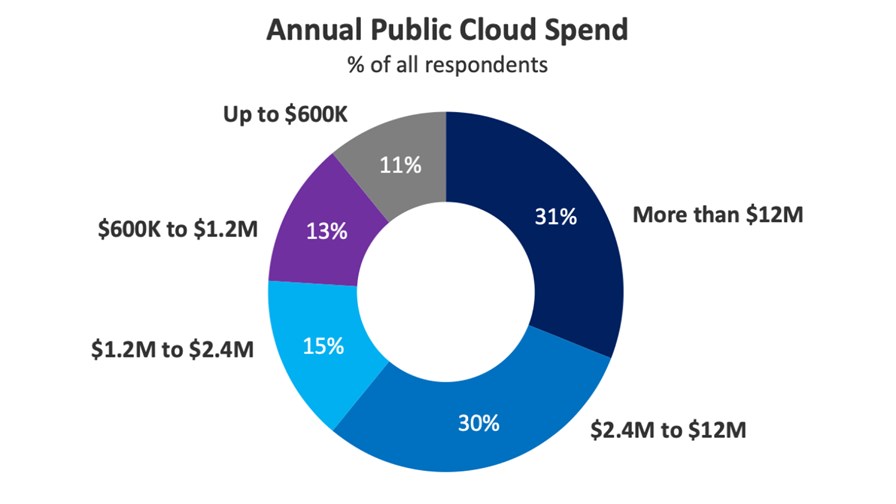 This week Flexera,  (a cloud optimization tool vendor) released the results of its cloud survey. Not surprisingly it revealed  what anyone who’s been paying attention for the last couple of years won’t be surprised to learn: the cloud - or rather the hyperscale data centers which comprise its underpinnings - have together become a huge, billowing, electricity gobbling and planet warming monster. It’s an obedient monster - it will always try to do what we tell it - but it’s a  monster nevertheless and we will have to keep an eye on its behaviour in case it starts having impacts that we struggle to notice and understand.

One reason: automation. The last couple of years have seen a growing realisation that the network systems - including telco network systems - that have been constructed for the cloud have become so complex to manage that mere mortals working in human time can’t do it. Increasing dollops of artificial intelligence (cloud based, of course) will eventually be required to keep the applications functioning. That feels more than slightly uncomfortable in an age of multiple successful cyber attacks.

Nevertheless at this stage, confidence in the cloud appears to be pretty-much universal amongst IT professionals.

Flexera surveyed 750 cloud-using enterprises from small to large and found that the cloud is growing across every segment and that a full 92% of enterprises have a multicloud strategy with  nearly as many sporting a hybrid cloud strategy. It says respondents to the survey use an average of 2.6 public clouds and 2.7 private clouds. About half say that  despite various “issues”  such as security, governance  and ballooning complexity, the cloud is the only way ahead. It’s won.

Migration to the public cloud and growing use of it once there, is also a feature. Companies expect 54 per cent of their enterprise workloads to be in public cloud in 12 months and 31 percent of enterprises are currently spending more than $12 million a year on the journey. The pandemic has, naturally, boosted the trend.

The key public cloud owning beneficiaries have been AWS, Google Cloud and Microsoft Azure and the latest significant changes in the race has seen Azure close in on AWS which has been in the lead ever since it actually invented the cloud as we now know it in the early 2000s.

In fact Flexera has both Google Cloud and Azure increasing their share of Flexera’s 750 cloud-using companies. AWS has 77% of them up from 76% in early 2020, Azure is within striking distance of AWS with 73% of the users (63% last year)  and Google Cloud has a respectand faster-growing proportion at 47% (35% last year).