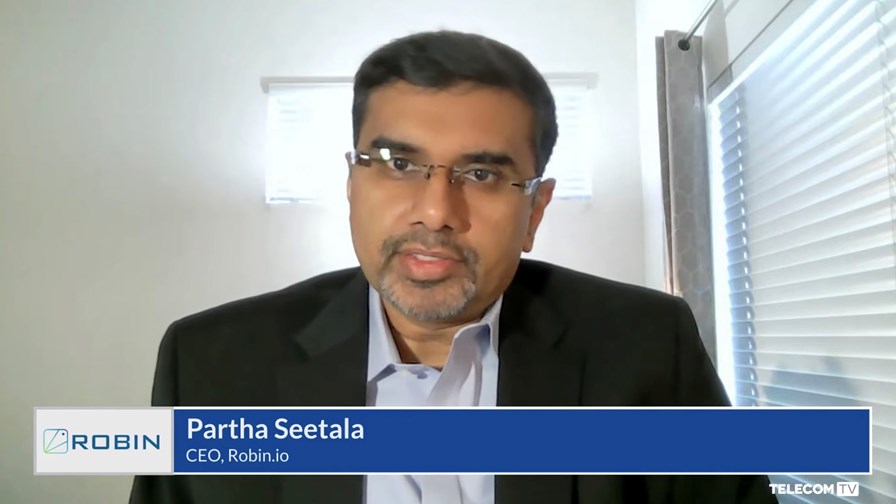 Cloud-native platform specialist Robin.io, a key technology supplier to alternative Japanese mobile operator Rakuten Mobile, has raised $38 million in a Series C round of funding that was led by Rakuten Capital. The round takes Robin.io’s total funding to $86 million.

The vendor’s networking-oriented Kubernetes platform is designed to run radio access network (RAN), core, edge and other cloud-native applications being deployed by network operators, and is being used by Rakuten Mobile for its Open RAN-based 5G network.

“The accelerating adoption of Kubernetes and cloud-native technologies, as well as the accelerating pace of global 5G and edge rollouts has provided the backdrop for Robin’s competitive success in the past year,” stated Partha Seetala (pictured above), founder and CEO at Robin.io. “Armed with strong market awareness, a broad choice of deployment options and proven successes in massive-scale production environments, Robin.io is well poised for the next phase of market expansion and will continue to invest in product leadership and hire talent across sales, engineering and tech support functions. This Series C round is perfectly timed to support these goals,” added Seetala, who discussed the company’s role in the industry in this TelecomTV interview late least year.

The investment strengthens the relationship between Rakuten and Robin.io and makes it a near certainty that the cloud-native platform vendor’s software will feature as part of the Rakuten Communications Platform (RCP), which is being developed by Rakuten Mobile to provide key technology elements to other network operators around the world that are building Open RAN-based networks.

It also raises the prospect that Robin.io might adopt an open source software development strategy, something that Rakuten Mobile CTO Tareq Amin has hinted at in the past.

Taking on new funding isn’t Robin.io’s only development of late: The company has also struck a strategic partnership with data centre server manufacturer Quanta Cloud Technology (QCT) to “jointly offer solutions that significantly reduce the costs, complexities and deployment times for mobile network operators (MNOs) and communication service providers (CSPs) rolling out next-gen networks and services,” with a focus on the “expedited deployment of cloud-native mobile core networks in an operationally optimized solution,” according to this joint announcement.

It’s worth noting that QCT is also a key technology supplier to Rakuten Mobile.