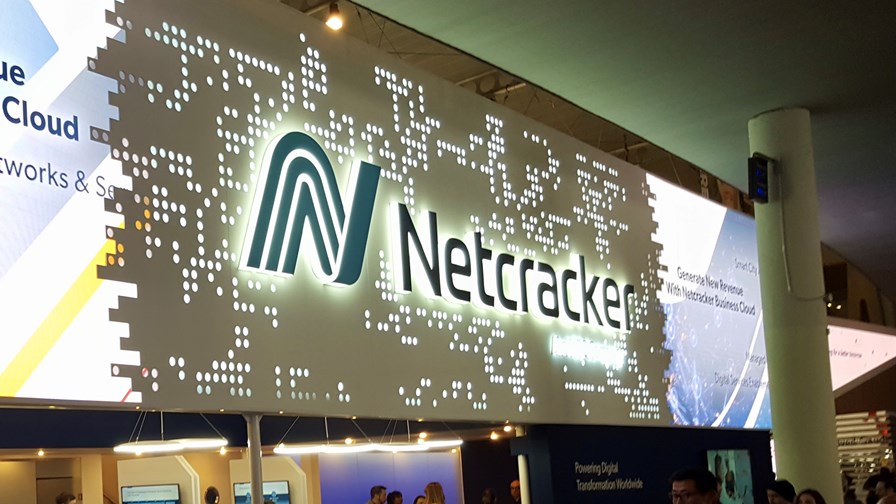 Sensing an opportunity to position itself at the heart of 5G-inspired telco transformation strategies, Netcracker has bundled its enhanced portfolio of BSS, OSS and professional services offerings under a new umbrella term that hits the sweet spot of network operators adapting to an increasingly cloud-oriented world.

Key to the company’s ‘Netcracker 2020’ pitch is a focus on security enhancements and automated processes that aim to give telcos greater confidence in adopting cloud tools, platforms and operations but which also lessen the burden on the operators’ IT teams.

The company’s portfolio is extensive, comprising a vast array of network, service, platform and customer management tools and associated services: A snapshot can be seen here.

Market evidence suggests that Netcracker has done its homework: The company is consistently picking up new or expanded deals, including at marquee accounts such as Rakuten Mobile, and claims to have already landed 15 deals based on its Netcracker 2020 proposition.

Rakuten may have only recently launched its own 4G services and be a little behind on its 5G timetable, but its model is attracting a lot of peer interest. “Other customers want to know what we’ve done for Rakuten. It’s an interesting model when other operators come in and say they want to emulate Rakuten,” says VP of Strategy, Ari Banerjee. (And interest in what Rakuten is doing will only grow after the operator’s announcement today with Netcracker’s parent company, NEC.)

What’s smart about the company’s pitch is that it’s based around its customers’ requirements, from the need to more quickly and efficiently monetize services, enable customer management and interaction via digital channels, support multiple cloud platform deployments, introduce automated and agile processes, enhance security capabilities and improve operational best practices.

“Security is a big part of it, especially when it comes to managed services, managed operations for multi-cloud adoption… our security framework has been looked upon as a benchmark by the [US] government,” says VP of Strategy, Ari Banerjee.

Helping telcos adapt to cloud environments has been at the heart of the company’s R&D in recent years. “Our cloud native approach started with Netcracker 12 in 2017 and from 2018 onwards we made a decision that there will be no more monolithic releases because most of our most of our customers are on agile DevOps and have a continuous release cycle. So from 2018 onwards we have had very frequent product releases – we’ve been doing one major and three minor releases throughout the year… for some customers who are completely on Agile, we have release cycles as low as one per week.”

"Netcracker’s existing customers will love the fact that the latest refresh brings the much sought after ‘cloud native’ capabilities, with built in security, to the entire portfolio, which enables rapid introduction of new features and updates through agile CI/CD processes – this is going to be critical as CSPs evolve their business and network operations to support 5G," notes Anil Rao, Principal Analyst at Analysys Mason, in an emailed response to TelecomTV's questions.

In addition, the company has also developed its products to be “lightweight” so they will run on any cloud platform, including those of the public cloud giants such as AWS, Microsoft Azure and Google Cloud.

“Normally when companies say their solution is in the cloud, there are a lot of caveats – performance requirements, latency SLAs and so on. We say to the customer, ‘you pick the cloud you want, whether it is our cloud, your cloud or the public cloud, whatever you want’ and it will work the same,” boasts Banerjee.

That is also an attractive proposition for telcos, notes Rao. "Existing customers that are executing a cloud-first strategy would also be excited to know that the updated portfolio can run natively on the three major public clouds -- AWS, Azure and GCP -- allowing the CSPs to take advantage of their existing cloud partnerships, but with very minimal disruption to their operations processes. New customer prospects that would want to execute a BSS/OSS transformation now also have the choice of consuming the Netcracker stack straight from the cloud," notes the Analysys Mason analyst.

And as operators become more comfortable with cloud platforms and processes, so they want to empower more staff to take advantage of out-of-the-box, automated tools: Low code is proving particularly popular, says Banerjee.

Operators want their business analysts to be less reliant on their IT teams when it comes to adapting and enhancing service offerings, he says. “So we have a low code environment for business analysts that is based on a drag-and-drop approach, and this reduces the dependency on the IT team. Obviously, for the broader and larger changes you will still have to go to IT, but instead of a 100% dependency you could reduce that by around 20% or 30%,” he notes.

All in all, the telecoms software vendor appears to be hitting the right notes with Netcracker 2020, says Rao. "As CSPs accelerate their journey to the cloud in the 5G era, they face three broad ‘how to’ challenges: How to operationalise and automate the network and edge clouds; how to rapidly conceive, design, launch and monetise new 5G services for enterprises; and how to accelerate transformation of the BSS/OSS estate towards a cloud-based architecture to enable business and service agility. This refresh attempts to address each of these ‘how tos’," concludes the analyst.

Banerjee says Netcracker’s business hasn’t been impacted as much as feared by the Covid-19 pandemic and that the development of its systems integration services – “not just for our own products and services, but a whole bunch of third-party products and services too” – and professional services skills have allowed the company to carry on working on major projects even while its teams have not been able to visit customers’ sites.

“We’ve been doing remote project management for a lot of our very large customers and it's unbelievable how much we've learned and how much we both save [financially from] remote deployment, remote operations, remote Scrum, remote DevOps. It has been a learning experience on both sides, projects have continued… I think when we get out of this pandemic, we will see certain changes in the mode of operation,” says the Netcracker man.