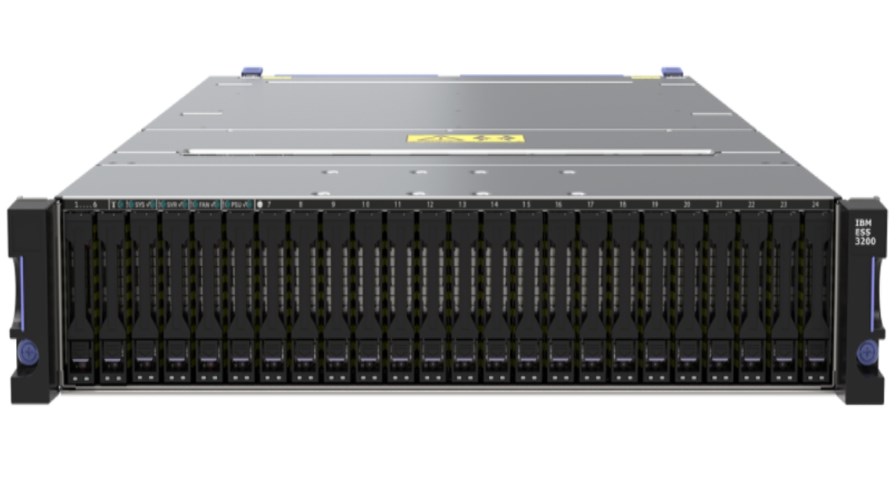 IBM has unveiled a new ‘container-native’, software-defined storage platform called IBM Spectrum Fusion. ‘Container native’ is the term increasingly applied to cloud- based systems designed and built from the ground up to take best advantage of containerisation, particularly as applied to multi- and hybrid-cloud environments where, in this case, storage services have to meet the needs of cloud native workloads and the data streams that will increasingly be scudding across them.

IBM, of course, has open source hybrid cloud software specialist, Red Hat, as a subsidiary and is increasingly pointing its software and systems efforts at supporting the requirements of container-based, multi cloud-supporting software with Red Hat OpenShift.

Red Hat is especially targeting the telco cloud and has been highlighting its progress at this week’s Red Hat Summit event, claiming it is engaging with a number of the world’s leading CSPs - such as Hong Kong Telecom, Belgium’s Proximus  and Turkey’s Turkcell - to help them deploy container applications.  Big drivers for the adoption of OpenShift and advanced networking technology by CSPs include the adoption of 5G, the introduction and management of A.I. and the ever-tightening national data regulations and the legal strictures on data storage and location which CSPs are obliged to conform to.

IBM says it’s also updating its IBM Elastic Storage System with an upgraded ESS 5000  and new ESS 3200 which both now have more storage capacity and better performance than their IBM predecessors. (see above)

It’s hard to over-emphasise just how important the appropriate storage and transmission of data has already become in a telco world fast transforming itself to cope with the demands of 5G applications and further data storage challenges offered by the move to the edge and the need to support selective data and applications there. In effect data becomes ‘location independent’ but must be tracked all the same so storage systems must evolve to cope.

In its announcement IBM points out that as hybrid cloud adoption grows, so too does the need to manage the edge of the network.

“Often geographically dispersed and disconnected from the data center, edge computing can strand vast amounts of data that could be otherwise brought to bear on analytics and AI. Like the digital universe,” it claims, “the edge continues to expand, creating ever more disassociated data sources and silos.“

A frightening stat to concentrate minds

IBM quotes IDC which reports that the number of new operational processes deployed on edge infrastructure will grow from less than 20% today to over 90% in 2024 as digital engineering accelerates IT/OT convergence. And By 2022, the research firm estimates that 80% of organizations that shift to a hybrid business by design, will further boost spend on AI-enabled and secure edge infrastructure.

It’s interesting to note the change in approach by IBM over the decades regarding openness. It famously fought to the near death in the 70s and 80s with any company that dared to produce IBM compatible products - in particular data storage products. Not any more. Openness and open source is now where it’s all at.

IBM says its  first incarnation of IBM Spectrum Fusion is planned to come in the form of a container-native hyperconverged infrastructure (HCI) system. When it is released in the second half of 2021, it will integrate compute, storage and networking into a single solution and comes equipped with Red Hat OpenShift to enable organizations to support environments for both virtual machines and containers and provide software defined storage for cloud, edge and containerized data centers.